3 reasons to oppose the ban on new public bus companies 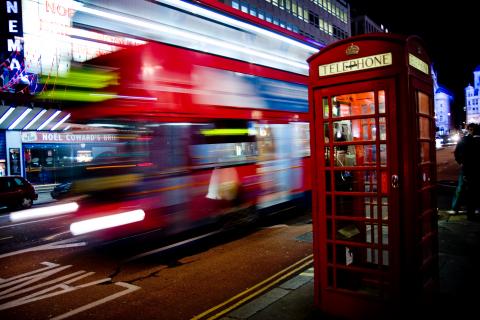 The Bus Services Bill is the first major shake-up of bus services in a generation. As anyone who has caught the bus pretty much anywhere outside of London recently will know, this has not come a moment too soon.

It is widely agreed that bus services across England are in need of reform. Outside London bus services are in a sorry state – passenger numbers have often failed to increase, fares have gone up and services have got worse, or disappeared altogether. Part of the problem is that bus services are almost completely deregulated, which means that private providers can pick and choose which routes to run and how – and it’s passengers that lose out.

Some parts of the Bus Services Bill represent a step in the right direction. For instance, it would allow mayoral authorities to provide bus services through franchising (the London model), which gives councils more control over contracts. But franchising is still privatisation. Unfortunately, if councils wanted to try public ownership of buses – and there’s good reasons that they should – then this bill would be a disaster.

This is because the bill includes a clause that would effectively ban local authorities from ever setting up new bus companies. Sign the We Own It petition against the clause here: https://weownit.org.uk/act-now/we-want-buses-people-not-profit

If we look at the stated objectives of the Bus Services Bill – increasing passenger numbers and improving quality – it’s clear that council-run bus companies are more than able to help achieve those objectives. Nottingham and Reading have the second and third highest journeys per head outside London. Prior to 2014, Nottingham increased passenger numbers 13 years in a row. Nottingham City Transport and Reading Buses also deliver in terms of quality, environmental standards and innovation. This combination has led to the numerous awards. Much of this is made possible by maintaining high levels of investment, even through the recession, and by offering a truly joined up transport policy through strong partnerships with the local authority.

Their success isn’t surprising. Research by Transport for Quality of Life (TfQL) looked at 16 essential attributes of a world-class bus system (such as coordinated timetables and simple area-wide fares) and found that deregulation – transfer from public bodies to private companies – is a major obstacle to achieving 13 of them.

To be sure, franchising is a step in the right direction – and performs better than deregulated systems like the one we have currently. But as Reading and Nottingham show, municipal operators can also address these issues - and save us (more) money. The TfQL report concludes that municipal operation would deliver greater financial gains than franchising. Putting a figure on it, the report suggests that public ownership of buses (outside London) would save us £506m a year – money that could be reinvested in better services.

Whilst we do not necessarily expect any local authority to set up a new bus company due to financial constraints, there is very little reason for the Bill to include a clause that restricts their freedom even theoretically given the evidence that municipal operators are well placed to deliver the objectives of the Bus Services Bill.

We Own It commissioned polling on Clause 21. Across the political spectrum people were opposed to this sort of arbitrary ban on council powers – regardless of the extent to which they exercise them.

3. What happened to localism?

We’re told that the government has a commitment to localism and devolution. This is enshrined in the 2011 Localism Act which gave more power to councils to provide services unless other laws explicitly prevent them from doing so.  If councils can run bus services effectively – and the evidence above suggests they can – then we shouldn’t put in laws that prevent them from doing so.

In short, we shouldn’t let ideology get in the way of effective services. As a Conservative peer, Lord True, put it when discussing the Bus Services Bill:

“I have no ideological objections—noble Lords will not be surprised, as I am the leader of a local authority—to local authorities running buses or running anything at all, if they can show that they can do it economically and effectively.”

Sign the We Own It petition to stop Clause 21.

30 years of worsening services must be halted like all companies their directors only look at the bottom line, nothing else matters. Communities, staff, local authorities have all taken a bashing from these companies which were actually sold to a selected few for peanuts then sold on for huge profits.

Running anything privately does not mean it will work. There are lots of examples of privatization that have not worked, and which have cost us all dearly.

Sold to the rich at the expense of the poor - it's the Tory way.

Privatisation has largely meant shareholders get their money and the public get ignored, it has hit people away from the main roads where a lot of the so called 'profitable' routes are. In between these so called profitable routes you are left with unreliability, impracticality of service, poor choice of destinations and 30min or hourly services many finish before 7pm. The coordination even in the same company is poor especially after 7pm. Many roads lack basic services to local centres meaning long walks to frequent services that go to many facilities needed. Its not even frequency necessarily its the lack of basic local links. The constant changes in services and bus numbers have put many off so they prefer car usage even before people get used to it, so entire services and numbers got rid of unnecessarily when some tweaking would have solved issues. When its run for profit all they care about is money. Issues such as a network that links up services even the train and Metro, good linkage, practicality of route go out the window. They change things to make as much money ignoring the folk in between. Public owndership has to now look at the network overall to get sense back into the services and routes provided.

I sat on the UKIP Transport Committee several years ago and was partly responsible for formulating that policy, which recognised the various demands of all transport users from Pedestrians, including Disabled, through Car, Bus & Train travel and tried to adopt a balanced view including cyclists where all modes were under local Authority control under National guidance rules to ensure common policies in all areas I note here that many of our large town/Cities are Monopolistic/Oligopolistic private operators, the worst of all worlds. Remember London Franchised operators include London United ( a subsidiary of RATP LParis) Stagecoach some First group Arriva (partially German owned I believe) and the modern face of the Ford dealer Cowies of Sunderland. I close by noting that Sir Brian Souter Chairman of Stagecoach croup is a member of the \snp, so what price our buses when Scotland achieves independence

Better public transport is the only way to cut carbon emissions, unions and campaigners urge

The battle for better buses is turning the tide on privatisation.

The Scandal of Britain’s Privatised Buses