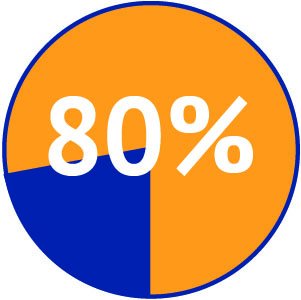 A new poll finds 80% of the public think there should always be a public sector bid when a public service is contracted out. The public rejects default privatisation by 10:1.

4 in 5 people want to have a say over whether public services are privatised.

The poll was carried out by Survation and commissioned by We Own It, a new organisation which launches today with a report calling for a Public Service Users Bill.

The Public Service Users Bill would require public ownership to be considered before privatising or outsourcing services, as well as in the bidding process.

‘Despite what the government might think, people aren't sold on the idea of privatising and outsourcing public services. We hope that this report, and the clear public support for public ownership, will spell the beginning of the end for privatisation-as-usual. In the future, public services will need to be owned by and accountable to the people they serve.’

We Own It’s new report ‘Better in Public Hands’ says public ownership is making a comeback, and includes examples of effective public services from across the UK and the rest of Europe.

‘A clear majority of the general public, including Conservative voters, reject automatic privatisation of public services; 80% want to see public sector bids for all public service tenders, showing a clear desire not to see services simply privatised by default.

For public services that are operated by the private sector, the public would like to see far higher levels of transparency and accountability, with 88% both wanting higher transparency levels and an early end to contracts in case of poor service provision.’

A Public Service Users Bill would require that private companies be transparent about their performance and financial data and answer Freedom of Information requests. Currently, private companies can hide contract details behind a cloak of ‘commercial confidentiality’­.

We Own It’s report follows outrage over the recent tagging scandal, where private companies G4S and Serco were accused of charging taxpayers tens of millions of pounds for electronic tags on criminals who were dead, in jail or had left the country.

80% believe that when a public service is put out to tender, there should always be an in-house bid to see if the service could be provided publicly at better value (87% of Conservative voters)

60% think local and national government should run public services in the public sector as the default, and only consider contracting out if this fails

90% of Conservative voters believe the government should be required to end private company contracts early when they are found to be doing a poor job of running public services, following public complaints

Return all control to the Public

So impressed that you have found a niche that really gets to the heart of the public's discontent in so many areas. Essentials like water and elecricity and gas and health and transport shouldn't be subject to profiteering - WE CAN'T LIVE WITHOUT THEM!! And inevitable, the privatised industries carve monopolies for themselves - how else could you describe the Government's giving out whole, long term contracts for rail services.

Biggest Privatisation ever is YOUR CENTRAL BANK of ENGLAND. Private BANKS took the Ability to CREATE MONEY. NO DEBATE IN HOC let alone a VOTE see www.positivemoney.org/issues/democracy.

4 out of 5 people want basic services to be publicly owned yet privatisation continues regardless. There is something very wrong with our democratic processes. I hope 'We Own It' can develop into a campaign with the power to challenge this government's obscene fire sale of our national assets.