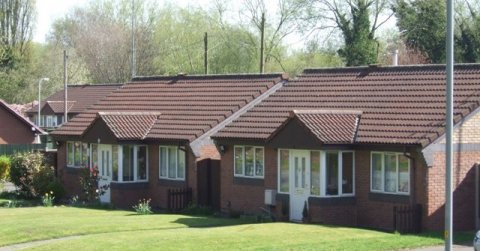 Over the last couple of months, the incompetence of our government has been thrown into the spotlight as it haphazardly attempts to manage the Coronavirus pandemic and its aftermath. 20 million renters in the UK have not only borne the brunt of their confusing announcements, but also capitalism’s intentional lack of preparation in the face of a global health crisis as well. Had council housing received proper investment over the last couple of decades, rental anxiety would have been reduced drastically for many during COVID-19. Instead we’re forced to confront debt and the prospect of evictions as soon as this has died down.

Thatcher’s encouragement of privatisation in all spheres of society has perpetuated anti-collectivism. This means that education, transport, health and housing are no longer seen as a public good, but only useful insofar as it can make money for individuals either by themselves or, more often, those sitting at the head of big businesses.

People are encouraged to go to university based on how lucrative a job their degree will get them rather than society benefiting from the extra knowledge they’ll gain. Bus routes are cancelled because they don’t make any money, despite being a lifeline for vulnerable communities like the elderly. While having shelter is considered a human right, individuals now view homes as assets and tenants constantly live in fear of being turfed out and replaced with someone who can afford to pay a higher rent - even during a global health pandemic.

Chancellor Rishi Sunak initially announced a mortgage holiday for those affected by Coronavirus juxtaposed with a deafening silence on renters. Pressure from renters’ rights groups forced the government to announce a full ban on evictions for three months. This means that even those served with eviction notices before the announcement don’t have to worry about being made homeless for the ninety day period.

But without a rent freeze, the temporary eviction ban only acts as a stop gap while tenants accrue huge amounts of debt due to lack of income. Those in precarious, low-paid work with zero hour contracts were some of the first to have their hours reduced or totally cut and they overwhelmingly live in the rented sector. Without a rent freeze, any increase in Universal Credit or Statutory Sick Pay will go directly into the pockets of landlords despite them being awarded a mortgage holiday.

Instead of robust legislation to ensure the mortgage holiday is passed on, landlords are being left to individually manage their tenants. Prior to Sunak’s announcement, many renters were receiving eviction notices or being asked to pay April’s rent a month early. Social landlords were still committed to evictions as long as they weren’t Corona related, showing that anti-collectivism breeds a dangerous lack of rational thought in a crisis. What if the evicted tenants unknowingly had Coronavirus and continued to spread it outside of their own home?

The balance of power sitting in favour of landlords over renters has meant that specific legislation is purposefully loose and conditions of tenancies vary between properties and housing associations. Any disputes are immediately weaker because tenants aren’t necessarily fighting for the same goal. Collective rent strikes or reductions are difficult to call because individual landlords could grant them while none of them actually have a legal obligation to.

The majority of social housing which still exists in the UK has been infected by the market and exposed to brutal austerity measures imposed on local authorities. Many councils have sold their stock to housing associations which are allowed to run like businesses, squeezing as much money out of the land, property and tenant as possible. Much like the ‘managed decline’ of the NHS, we see housing associations fail to maintain or upgrade their properties, convincing its residents that the building is in much need of a regeneration they will likely be priced out of.

There are immediate benefits to council housing which would relieve rental anxiety in and out of a crisis; ‘secure’ and ‘flexible’ tenancies as standard meaning surprise evictions won’t happen, and rent which is genuinely affordable rather than dictated by the market. Anyone dependent on Universal Credit or Statutory Sick Pay (whilst still woefully low) would not worry about their weekly benefits payment only covering a fraction of their rent.

But the bigger benefit would be in us collectively viewing homes as a human right, a cancellation both of the numbness we have toward homelessness and the acceptance we have toward people more concerned about their wallet than another human being potentially sleeping on the street.

Our government’s lack of investment in council housing coupled with their silence on renters during COVID-19 has shown that they prioritise leaving a legacy of trusting in capitalism over looking after those who need it.

But Coronavirus has proved more starkly than ever that it was never Johnson or capitalism’s intention to look after those people. Ordinarily the “poor being too weak to survive” mantra happens in such slow motion we barely take notice. Calling for “herd immunity” isn’t very brave when you’re wealthy enough to buy your way into a new one.

Beth Redmond is an organiser at Tenants' Union