Did private hospital companies make millions of pounds out of the harm caused to 750 women? 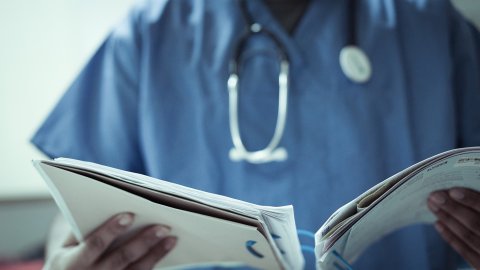 Patient safety scandals in our hospitals are far too common these days.

The horrendous treatment of patients in NHS hospitals in Mid Staffordshire and Morecambe Bay were wake up calls for regulators, politicians and healthcare professionals that have led to systemic changes across the health service.

But the harm caused to over 750 patients, mainly women, by the breast surgeon Ian Paterson is different.

Because whilst Paterson also harmed patients within NHS hospitals, he was convicted and sent to prison for his treatment of patients in private hospitals.

And whilst questions remain about his exact motivations, it is without doubt that he will have made substantial amounts of money from his crimes.

So, for every patient that he told had cancer when they didn’t and then operated on them unnecessarily - sometimes removing their breasts - he received a fee for his services either from the patients themselves or from their health insurer.

Again, the money made by the hospitals from Paterson’s patients is likely to have been substantial. The average fee that a private hospital in London receives for treating a cancer patient is £4,000.

If each of Paterson’s patients paid £4,000 and there were 750 of them, this means that the private hospitals where he harmed these patients could have made £3m.

The legislation relating to the Proceeds of Crimes Act is difficult to apply to this case as one of our contributors - Nic Ryder a professor of financial crime – has shown.

But it is not beyond the Independent inquiry in to Paterson to establish how much money the private hospitals made and it is important for the inquiry to know this before coming up with its recommendations which are due out later this year.

Put simply, if a consultant can bring £3m worth of business to a hospital then how likely is it that the hospital will challenge or scrutinise the actions of that consultant particularly when they can take their business and their patients elsewhere?

The Paterson case is also different to the other patient safety scandals in that since his actions were discovered in 2012 and he was convicted in 2017 private hospitals have not changed how they operate, nor have regulators changed how they regulate them.

In fact, despite numerous coroners reports into avoidable patient deaths in private hospitals and despite the former Health Secretary writing to the private hospital sector telling them to get their house in order on safety, not a single thing has changed.

Currently, the strength of financial incentives in the private hospital system weigh heavily against the weak measures which are in place to protect patients from harm.  And this needs to change.

The Paterson Inquiry is the best opportunity to come up with a series of recommendations which will make a real difference to patient safety.

Quantifying how much private hospital companies have gained from harmful treatment is an important place to start.

David Rowland is the Director of the Independent Think Tank The Centre for Health and the Public Interest.  You can read our evidence to the Paterson Inquiry here.

I worked in the private wing of a hospital, after that swore I would have care in a private hospital!

Correct overseeing of all medical staff is vital regardless of who they are and where they work.