Fed up with the energy rip off? Try the alternative 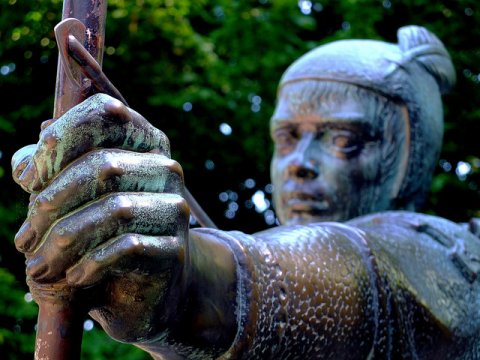 Steve Battlemuch explains how Robin Hood Energy is providing an alternative to the Big Six.

In 1986 through a clever advertising campaign called ‘Tell Sid’ (advert still available on the Daily Mail website!) 4 million people were persuaded to apply for shares in a company they already owned. British Gas had been nationalised in 1948, previously it had been a series of regional and local companies, some owned by local authorities. Margaret Thatcher privatised it in December 1986 and persuaded a lot of people to buy into the concept of owning shares in it. Of the 4 million that applied only 1.5 million were successful. It would be interesting to find out how many of them still have shares today. I suspect many sold them on quite quickly for a small profit and most shares will now be in the hands of large corporate investors and hedge funds.

British Gas was the trailblazer and other privatisations followed resulting in over 95% of the energy market now being in private hands. That’s the backdrop for the emergence of Robin Hood Energy – a new not for profit energy company launched by Nottingham City Council in September 2015. What started as a manifesto commitment to bring cheaper energy prices to the people of Nottingham has developed into a brand new company offering affordable energy to all households in Britain. We have been pleased with our progress after only 6 months but taking on the Big Six is tough when the marketing budget of just one of those corporations exceeds our current operating budget.

One area that we are determined to make progress in is prepayment meters. These meters are mainly used by people unable to access direct debit tariffs. They therefore end up buying their electricity and gas using cards or keys which are topped up manually at pay points including newsagents and post offices. Prepayment tariffs are by far the most expensive way to buy energy. Normally if you pay cash for a product you expect some form of discount. With these keys and cards the reverse is true but Robin Hood Energy is doing something about this imbalance. At launch our prepayment tariff was the first competitive prepayment tariff on the market and despite other companies now slowly reducing their prepayment tariffs our dual fuel prepayment remains the cheapest in Nottingham City and the cheapest in 6 out of 14 supply regions. We are determined to help those energy users who need help the most.

We are a small, not for profit company nibbling away at a big market but from small seeds great Sherwood oaks can grow! With no paid Directors or Shareholders we keep our overheads low allowing us to offer the most affordable tariffs that we can to customers. The more people who switch to us, the lower the prices we will be able to offer and the more resources we will be able to invest in our local communities.

If you see Sid – tell him to switch to Robin Hood Energy.

Steve Battlemuch (@Battlemuch4WW) is an unpaid Director of Robin Hood Energy and a Nottingham Labour City Councillor. He will be speaking about energy and public ownership at the We Own It conference on Saturday 7th May.

Photo used under Creative Commons licensing, thanks to Esmik D'Aguiar.