George Osborne, don't be a chump - keep our Top Trumps! 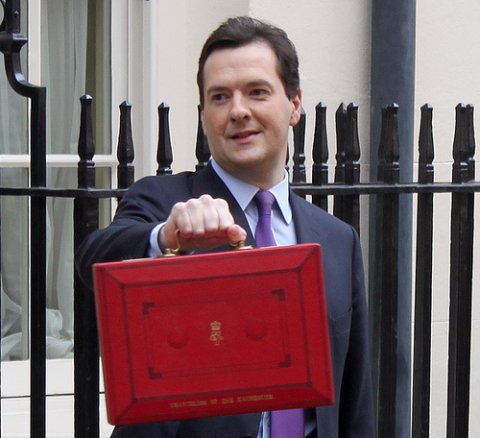 Yesterday the Chancellor announced he is planning to press ahead with selling off the remaining 30% stake in the Royal Mail - one of the last ‘Top Trumps’ still in public hands.

67% of us feel the Royal Mail should be publicly owned - but some of George Osborne's friends are keen on selling all of it off. Last time, his best man made a few million quid and this time city investors are set to benefit.

The sell off is likely to put the universal service obligation under threat, meaning that households across the UK may not get the six day a week delivery they need. Stamp prices are likely to rise (even more) and Post Offices are more likely to be closed. Regardless of whether we get a ‘good’ deal at a ‘fair’ market price, this is not good for us when you look at the bigger picture.

The worst is yet to come. Over the course of the next year George Osborne has declared that he wants to sell off £23 billion worth of public assets. To do this a new government body has been set up called UK Government Holdings (UKGI). UKGI brings together a raft of public assets in an attempt to streamline this privatisation process. From what we know, the Royal Mint, the Student Loan Company, Ordnance Survey, the Met Office and our stakes in Royal Bank of Scotland and Lloyds are all up for grabs.

Taken together these organisations would be a formidable hand in a game of public services ‘Top Trumps.’ Of course, for us the selling off of public assets is not just a card game. But if it was a game of ‘Top Trumps’ then these public services would be doing well on profitability, efficiency and even history. There are tons of reasons why public ownership is better. Selling off these services might look like a game to George Osborne – but it’s the public and future generations that will lose out.

George Osborne is suggesting that all of this makes good economic sense. The truth is that selling off profitable, efficient and effective public services is exactly the opposite of long term economic planning. It’s a short term sell-off which doesn’t help public service users (or the deficit) in the long term. As Carl Emmerson from the Institute of Fiscal Studies said yesterday “it does reduce cash debt but you’re not really improving the indebtedness of the country”.

You wouldn’t sell off your washing machine and start using the launderette because it’s cheaper. In the long run you’d lose money. (And to stretch the metaphor, while you might one day buy back your washing machine, we won’t be able to buy back the Royal Mail – particularly if the Transatlantic Trade and Investment Partnership (TTIP) goes through.)

That’s why we’ll be campaigning hard over the next year to oppose all of these privatisations, telling the stories that show public ownership works and making the case for progressive public services which put our needs first.

Join our campaign and watch this space for more in the run up to the Budget on July 8th.

Please stop this larceny, which is purely based on a discredited ideology that is no more than a figleaf for massive crony corruption.