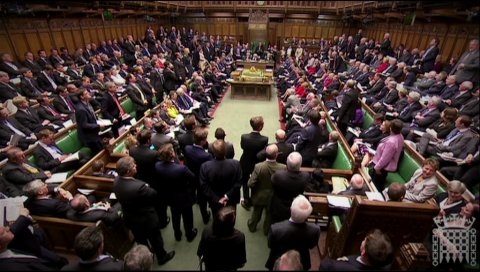 In July last year, something outrageous happened. MPs voted AGAINST protecting our NHS from trade deals.

Tomorrow, the Trade Bill is back in parliament. MPs have the chance to change their minds, to make the right decision and vote to PROTECT our NHS from trade deals - through the NHS protection amendment and the scrutiny amendment.

Thousands of We Own It supporters and campaigners have written to their MP asking them to vote the right way. You can email them now if you haven't.

Now we need to ramp up the pressure on by phoning up their offices and asking: Will you vote to protect our NHS tomorrow?

How to call your MP's offices today

We are organising  briefing sessions at 3pm on Monday 18th and at 8:30am on Tuesday 19th January to offer guidance on calling your MP. Please feel free to sign up to attend one of the briefing sessions!

But you can call your MP right away without attending any of the sessions by following the guidance offered below:

Step one: Call 020 7219 3000. This number takes you to the parliamentary switchboard where you tell them you want to speak to the MP for (constituency name). You can also try their office number and see if this redirects to another number (perhaps a mobile while people are working from home), however we know that most MPs are not in their offices right now and might not have set this up.

Step two: Follow the suggested script below to have the most fruitful discussion with your MP or a member of their staff.

Who am I speaking to, please? (It is most likely that you will be put through to a member of their staff who's in the office. If that is the case, ask if you can speak directly to the MP.)

Can I speak directly to my MP, please? (They may or may not put you through depending on the MP's availability. You can give them the message anyway.)

As I mentioned earlier, I am aware that the Trade Bill is coming before MPs again on Tuesday and I want to ask you to vote for the NHS protection amendment and the scrutiny amendment added by the House of Lords (or, if you're speaking to a member of their staff: "...I want to ask my MP to vote for...").

Mention if you have taken action in the past e.g. I have emailed you previously about this/ I have written to the local newspaper about this issue and so wanted to follow up.

*If their answer is yes, thank them for supporting those amendments and end the call.

*if they haven’t decided, tell them you hope they decide to vote to protect our NHS from trade deals. Remind them that you and a majority of the country support explicit protections for our NHS in law in the Trade Bill and believe that if the government was serious about our NHS being off the table they would back putting NHS protection in the law. You can also offer to send them more information, including a briefing on the scrutiny amendment, and 4 reasons they should vote for the NHS amendment.

*if their answer is a strong no, remind them that the NHS has saved us during this crisis and that passing the NHS protection amendment is the least MPs can do during a pandemic. Also remind them that the vast majority of the public support explicit protections for our NHS in the Trade Bill and believe that if the government was serious about our NHS not being off the table, they would have no problem putting it in the law. And tell them you wish they will change their mind before the vote. Politely thank them for their time and end the call.

Step three: Tell us about your call by recording their response here. Alternatively, email us the outcome of the call so we can record it or offer advice, at Pascale@weownit.org.uk

Step 4: Send this page to your friends and family, by email, WhatsApp, text, whatever platform you use! We need as many people as possible to call up their MP!

Hi guys, I rang my MP's office at Parliament about 15 mins ago. My MP is Chris Philp (Conservative Croydon South). I think he is Immigration Minister. I spoke to a man named Ben who told me the MP was not there. I had a polite conversation with Ben, because I could not see the point of having a shouting match. I said to him that I know it is probably a tall order as Chris is a minister, but could he at least convey my wish that Chris should vote for the amendment and giving Ben the reason that the amendment is supported by the vast majority of people. Ben promised he would convey my request, and added 'they' had received lots of representations on this matter. Then I wished him a nice rest of the day! And that was that. Nigel

Thank you for taking action ahead of the vote this morning, Nigel!

Brilliant that you got the message across even if you weren't able to directly. We're pleased to hear that they acknowledge receiving a lot of representations on this issue- that's the power of thousands of people making their voices heard!

The vote is at 11.30am this morning. If you can pass this action to anyone else you know in your constituency or another Conservative seat, please do!

Thank you for being part of our campaign to defend OUR NHS!

I just phoned my MP Virginia Crosbie, Ynys Môn/Anglesey and it was easy getting through to Parliament and being transferred. However, no reply at all. The phone rang out after a while and I was disconnected without any recorded office voicemail being played.

Thanks so much for trying Elaine- sorry to hear that you couldn't get through or leave a message!

However we really appreciate you taking action as part of the campaign. The vote is at 11.30 today, so we'll now have to keep an eye on how each MP chooses to vote.

Just spoke to Rebecca, for Rachel Maclean -Redditch, and she inferred that Ms Maclean would be voting in favour of the scrutiny ammendment.

Brilliant work- thanks so much for taking action!

- The We Own It team