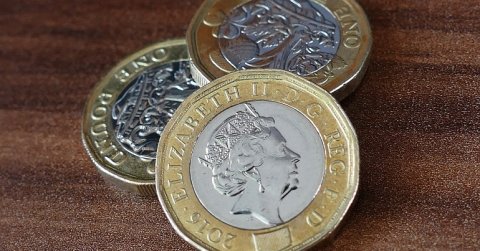 Last week brought the news that both water and energy bills will be falling this year thanks to Ofgem’s energy price cap and Ofwat’s new ‘tough’ stance on water companies.

We’ll be paying around £34 less per year for our water and energy, with water bills falling by £17 on average (in England and Wales), and nearly 15m households also saving £17 on their energy bills.

Good news all round, right?

You need only look at how much we could save if we brought these private monopoly companies into public ownership to see that this is nothing more than a tokenistic handout. According to research from the University of Greenwich, we’d save £2.5bn a year if we brought water into public ownership. That's because we’d be paying less in interest on the massive pile of debt the water companies have built up, and also because we would be ending the scam where water shareholders have pocketed a whopping £56 billion in dividends since privatisation in 1989.

In Scotland, where water remains in public ownership, average bills are £46 lower than in England.  The real cost of water in Scotland (adjusted for inflation) fell by 2% over the last 18 years – while in England OFWAT allowed the private companies to increase bills by 13% in real terms. It’s not surprising that the private water companies are content for a token reduction in the price today. It allows them to quietly resume their business as usual.

And we’d save £3.7bn a year if we brought the energy networks into public ownership.

Ofgem’s price cut is even more measly because the world price of gas fell by half last year. Even city analysts were expecting cuts of £60 per year.

So why did we only get a cut of £17, when the world market was halving the fuel cost of most generation? Partly because Ofgem increased the amounts that the grid and supply companies are allowed to charge for their own costs by about 6% - without offering any explanation. With this, Ofgem effectively added an extra £40 to our bills. And so the energy companies share prices continued to bounce happily upwards.

In total, we'd save around £224 a year for every single household, by bringing water and energy into public ownership. Makes £34 look a bit measly, doesn’t it?

We need more than scraps from the table

We need more than scraps from the table of the private water and energy companies. We need public services that don't rip us off, and work for all of us. We won't get that while our energy and water are in the hands of private companies. We'll only get that when we take them into public ownership.

So don’t be fooled by this cynical PR stunt. Water and energy companies would love you to think that they’ve changed their tune, that they’ll be better now! But the privatised utilities are still scamming you out of your money to pay their shareholders and service their debt.

I agree whole heartedly with all your statements. Time these corrupt, fraudulent companies were sent packing and in the process all share holders lost every penny they have invested, as they are well aware of how what they are doing is affecting the population as a whole.

In similar vein to all Govt Ombudsmans organisation's Ofgem are at best toothless and at worst complicit in the self serving and greedy chicanery of the organisation's they are supposed to be regulating.

Genuine 'One Nation' Tories Churchill, Macmillan and Heath neither dismantled the newly created welfare state nor reversed Labour's nationalisations. They saw a role for state enterprise alongside private enterprise. It was Thatcher who privatised, along with her disastrous deindustrialisation of the North and Midlands. Is Johnson truly One Nation as he claims, or just another small state Thatcherite at the bid of big capital? 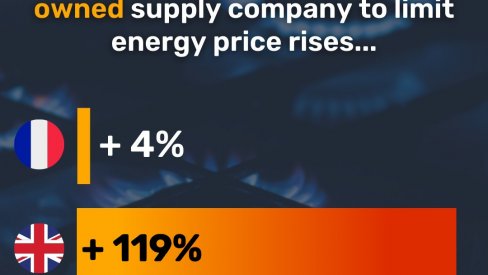 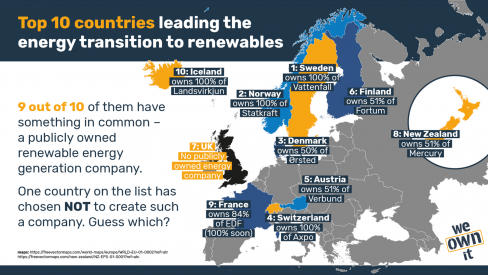 Guess which of the top 10 green energy countries DOESN’T use public ownership?

Neither crowding in nor out: Public direct investment mobilising private investment into renewable electricity projects

State Ownership and Technology Adoption: The Case of Electric Utilities and Renewable Energy