How the UK Government tries to privatise services across the world 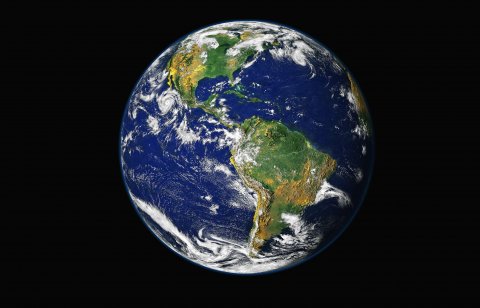 In October 2018, then Department for International Development (DFID) Secretary, Penny Mordaunt, indicated she would be willing to break current rules on what constitutes Overseas Development Aid (ODA) to count profits from the CDC as part of our aid commitments. The CDC, a government owned limited company, is mandated to make private investments in businesses in the global south - supposedly made on the basis of pursuing development objectives (more on which later). Any move like the one suggested by Mordaunt would therefore represent the part-privatisation of DFID, as noted by the Overseas Development Institute at the time, and further entrench the department’s descent into a vehicle to spread neoliberalism beyond our borders.

Resisting this proposed privatisation of DFID will be essential to ensure it is able to disburse funds solely to alleviate poverty and address inequality, but even the current approach to aid spending falls short of meeting these twin objectives. As noted, the CDC, originally known as the Colonial Development Corporation, finances private business abroad, including hospitals, schools and shopping malls. Financial returns from these investments average a healthy 7-10%, but in March 2019 the Independent Commission for Aid Impact, criticised the corporation for failing to satisfactorily consider the development impact of their investments. Responding to ICAI’s assessment, Nick Dearden, Director of Global Justice Now, excoriated the private first approach which characterises the UK’s current ODA strategy, and pointed out that “you can’t reduce inequality by adding more to the overflowing plates of those at the top of society.”

The drive against public services in the global south is not limited to the CDC however, with DFID’s own portfolio also pursuing an expansive privatisation agenda. Unison’s 2016 report, “Unhealthy Development”, notes how UK aid spending has imitated the private finance initiatives that have indebted the NHS, and gone further in encouraging governments to hand over their entire health budgets to multinational healthcare companies. In 2015 a coalition of aid and education focussed organisations came together to criticise DFID’s approach to education in the global south, focusing on their funding of supposedly low cost private schools. Their report noted that these schools were often unaffordable; entrenched inequality; and were of very poor quality, investing little in teacher training. Most egregiously, it has undermined the push for free universal provision of primary and secondary education by 2030, as mandated by the sustainable development goals.

However, these aren’t failures but deliberate strategies which place “new trade and investment opportunities for UK companies” at their core, with the injustices of poverty and inequality as after thoughts. This not only impacts the type of projects DFID funds, but also who gets to deliver them. Whilst privatising DFID would clearly be a regressive step, the delivery of projects are already subcontracted to for profit organisations like PricewaterhouseCoopers, KPMG and Deloitte – noted as far back as 2004 in War on Want’s report, Profiting from Poverty: Privatisation consultants, DFID and public services. In 2017, Adam Smith International, a for profit development contractor that had received almost £450M in aid money since 2011, were accused of living up to their namesake’s legacy in “profiteering” from DFID contracts. These accusations were later downgraded to merely “acting improperly” and they resumed their lucrative relationship with DFID in 2018.

Like the domestic services that We Own It focus on, we need to ensure that DFID doesn’t fall prey to the privatisation hawks that have already profited from our access to transport, utilities and healthcare. Apart from writing to your MP to demand DFID stays as a publically accountable government department, support for the brilliant work of Global Justice Now in resisting the privatisation of health, education and other public services abroad is essential.

In a first step to mirroring the We Own It model of ownership that encourages participation, workers in the Aid sector are also coming together to resist the kind of changes described in this article, as well as others, in the form of a workers’ association. The Labour party have also recognised the problem of privatisation, with their call for a “global movement for public services”, in their report “A world for the many” laying out their vision for international development. Ultimately if we believe that “We Own It” with regards our public services in the UK, we have to ensure our actions abroad embody the same mantra, as surely they own it too.

Navid Somani works as an evaluator in the aid sector and is involved in efforts to unionise workers the industry.