It's time for councils to stop out-of-control outsourcing 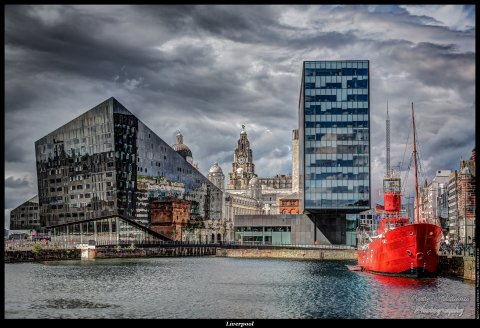 Under the previous, coalition government, local authority outsourcing of services doubled. The value of local government contracts keeps increasing and contract periods keep getting longer. Meanwhile, as a consequence of the coalition government’s Open Public Services reform programme, councils are under pressure to outsource, while deep cuts force them to consider it a way of cutting costs.

None of this is popular with the public. In polling commissioned by campaign group We Own It, 61% of the population thinks that local and central government should run services in-house as the default. Only 21% want to see more outsourcing.

That’s hardly surprising when you consider the recent scandals over outsourced services. In 2013, the Serious Fraud Office launched a criminal investigation into G4S and Serco, both large outsourcing companies, over allegations they overcharged on government contracts to provide electronic tagging of prisoners. At the end of last year, the government was found to be paying Serco £1m to run an empty secure children’s unit for seven weeks. And in September, G4S lost the contract for running a young offender facility, after it was graded as inadequate amid concern over the degrading treatment of detainees.

A comprehensive review of the research finds that there is no empirical evidence that the private sector is more efficient. Research also suggests that many authorities take services in-house as a way to cut costs and improve quality. Although outsourcing might mean cheaper services in the short term, there’s a knock-on effect on morale and the quality of service provided, and in the longer term you lose flexibility and control.

We Own It campaigns for public services – waste services, children’s services, parks and libraries, social care – that put people first. Our new campaign, Our Services Our Say, calls on councils to support principles of transparency, accountability and people before profit in public services, and tell us how they will put these into practice locally.

We’re suggesting a new process for public service commissioning. Private providers should be subject to freedom of information requests, while public service contracts, performance and financial data should be publicly available – a proposal that is supported by 67% of the population.

We also call for public consultation over public services, especially before any outsourcing of services or privatisation of assets takes place. We think the public should have the right to recall providers who do a bad job – and while this couldn’t apply to existing contracts, it could be introduced for new ones.

Under our proposals, the public interest case would be made for any privatisation or outsourcing. There would always be an in-house bid on the table (or a reason given if there isn’t) and social value would be the priority.

This campaign aims to stop out-of-control outsourcing, but it’s also a way to give the public a say. We all pay for public services and we all use them on a daily basis.

We already have broad support and on Wednesday, Liverpool city council became the first council to pass a motion in support of the campaign. This council has already cancelled its street-cleaning contract, bringing the service back in-house. We would like there to be national legislation – a public service users bill – to make these common sense ideas a reality. In the meantime, we hope councils will lead the way.

Thanks to Craig Wilkinson

Outsourcing is not the problem. Bad outsourcing is the problem where public services are concerned. The people who are charged with agreeing contracts are agreeing contracts that fleece the public purse - for no other reason than that they are incompetent. And once engaged, the people who are put in charge of managing the outsourcer to perform and make sure that they are delivering value for money are either not keeping a constant check on whether the outsourcer is doing what they should be doing - or are incompetent in doing that if they do have their eye on the outsourcer. I have been helping clients in the private sector outsource intelligently for more than 20 years and every time I try to apply for a job with a local authority or the NHS (because I would love to get in there and show them how it should be done and save the public purse a ton of money), I am rejected because I dont have local authority experience or NHS experience - basically, the same idiots who are outsourcing badly and costing the public purse a ton of money and getting bad service for it - are the same ones who are recruited in similar roles to continue with their incompetence because they "have public sector experience". What local councils and the NHS need is a good dose of private sector experience so that the public purse can save money and get great value for money spent whilst at the same time improving services. With the right contract and the right stringent management of outsourcers (who should have harsh financial penalties for not performing), outsourcing would not be seen as a bad thing. Actually, what would be seen is that we outsource effectively to save money, get better services and run a decent public service that is not bloated with people, the majority of whom get paid whilst actually not working effectively to provide the public with the services they deserve. Put me in charge of local authority or NHS outsourcing and I can guarantee a better value for money service without even having walked into the door yet - it's time to attack wasteful public services (including their own internal staffing) and not outsourcing as a practice.