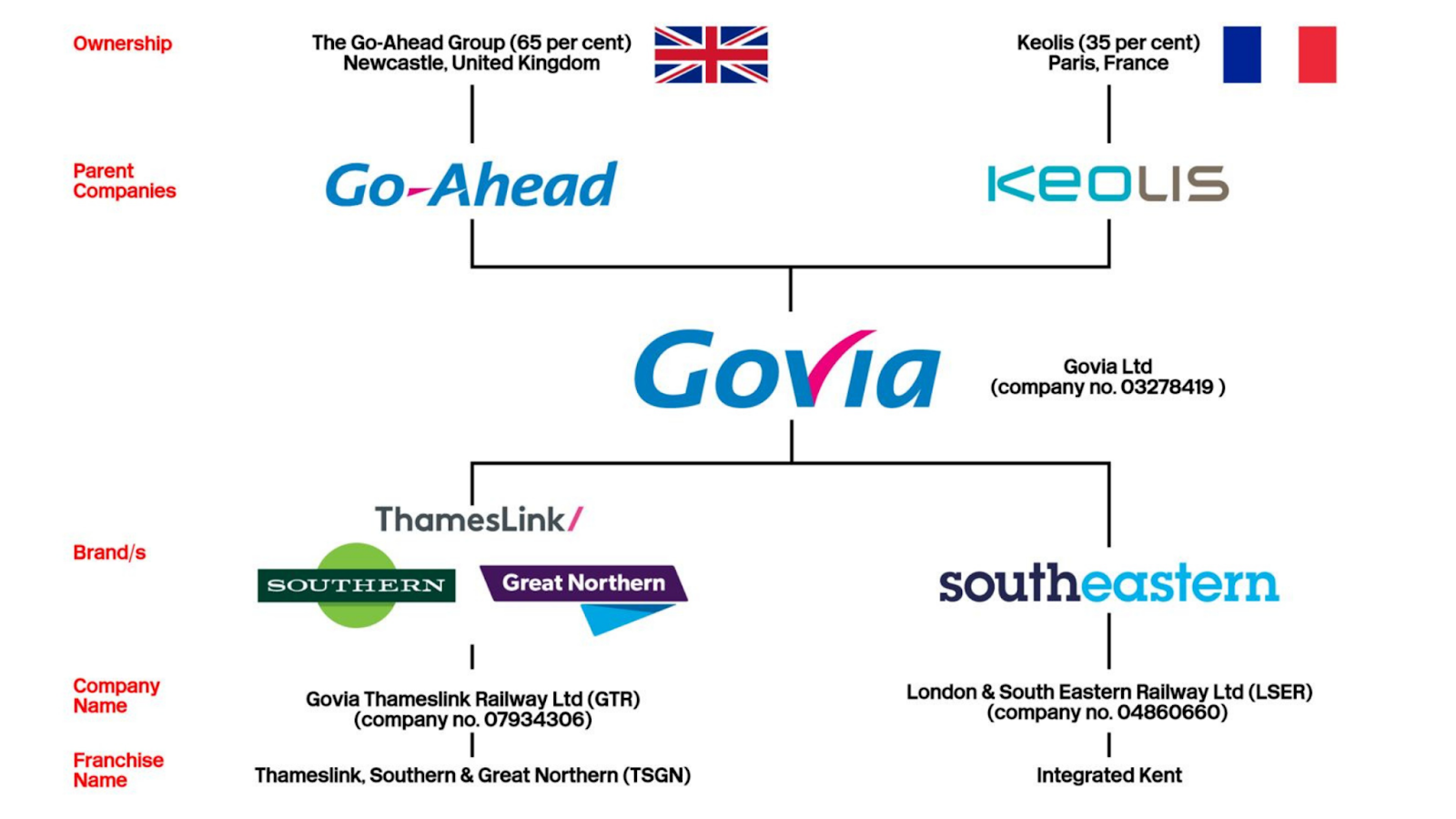 Bring Back British Rail and the Association of British Commuters have launched legal action to take Thameslink, Southern and Great Northern into public ownership. Read their latest update:

The government is about to make a huge decision on the future of our Thameslink, Southern and Great Northern rail services, which together form Britain’s biggest rail franchise (known as TSGN). By the end of March, they will decide whether to bring it into public ownership, or award a new six-year contract to disgraced transport companies, Go-Ahead and Keolis.

Both companies are currently under investigation for serious and long-running fraud on their former Southeastern franchise. And yet, they are still being protected by the Department for Transport, which is burying a scandalous report about their conduct. As reported in The Times this month, our Freedom of Information requests have revealed that they never intend to release this report to the public.

Southeastern was renationalised in October 2021 after ‘clear, compelling and serious evidence’ of fraudulent activities, and the Department for Transport has since confirmed that this involved active deceit over a period of seven years. The Go-Ahead Group has now agreed to return £51.3 million to the taxpayer, with the DfT still deciding on a fine for their actions, expected to be around £30 million. There is a separate dispute over an additional £21.3 million, which may also be due to fraudulent activities.

Despite the seriousness of these allegations, the DfT allowed the owning groups to run the fraud investigation themselves - under conditions of strict commercial confidentiality. As our lawyers explain in our legal correspondence, this is an ‘obvious, profound and unavoidable conflict of interest’, and the events on Southeastern were ‘in the best case a serious and knowing breach of contract, but at worst a criminal fraud.’ We have now warned the government that any further contract award to the owning groups would see the DfT in court for a judicial review.

Of all the private rail companies in the UK, Go-Ahead subsidiary GTR has the most catastrophic history. They were responsible for the ‘Southern Rail Crisis’ in 2016, when they cancelled almost 60,000 services within a year. And in 2018, they were one of the main parties responsible for the timetable collapse, which brought chaos to the entire country. Yet, regardless of their extraordinary record of failure, the company has been protected by the government time and time again.

GTR has been widely condemned for both operational mismanagement, as well as its fatally flawed contract with the government. In addition to our legal action, they are currently subject to two class action lawsuits, alleging years of deceit in relation to zoning and ticketing issues. There could not be a better case for public ownership and urgent reform – even without the allegedly fraudulent conduct of the owning groups.

Public Ownership under the ‘Operator of Last Resort’ (OLR)

The OLR is an arms-length company run directly in the interests of the public. And it’s a proven success, with LNER and Northern showing huge improvement since they were brought into public ownership; in 2018, and 2020 respectively. The Welsh and Scottish governments agree, and both have recently decided to bring their railways into public ownership, emphasising that this is the most cost effective and reliable way to run services in the era of covid.

Yet, the Department for Transport is desperate to save rail privatisation at all costs - even when it involves keeping a failed and disgraced company like GTR on permanent life support. The new covid rail contracts involve higher costs and risks to the taxpayer than ever, and yet there is no transparency over public finances as private rail companies plead that information cannot be released for ‘commercial confidentiality’ reasons.

The argument for public ownership of TSGN couldn’t be stronger, and this would allow urgent rail reform and integration over the entire south east. Collaborating with TfL and the newly renationalised Southeastern, we could build upon the popular and successful Network SouthEast structure that predated privatisation.

How you can help

The Department for Transport is trying to bury the results of the Go-Ahead fraud investigation, and we urgently need to see this challenged in Parliament. Please help by writing to your MP and including a link to our legal correspondence here.

Our lawyers are arguing that public ownership is the only way to save TSGN rail services from a company that cannot be trusted. You can support the case by making a donation here. It’s time to #TakeBackTSGN!

There should be no question -the railways should run for people not profit. Apparently our rail services are the most costly in Europe.

Most people cannot afford to travel by train, and so add to car numbers on overcrowded roads, adding to pollution.

I've always thought that the railway system should be in public control rather than the corporate system who are in it to make profit for share holders rather than providing a public service.

To continue restricting public services from nationalisation and protecting this fraudulent company would be truly disgraceful. Fix it!

Privatisation is a failed experiment. It now seems to be used as a means to extract significant sums of money from the public and in some cases to do so fraudulently. It is our money, we have the right to see any and all reports into the companies. Where fraud has been uncovered prosecution should followwith the companies, directors and, relevant managers debarred from running public services for life.

Why have private companies that charge astronomical prices and still have to be bailed out by tax payers money anyways!??!!! What a joke!

As you have pointed out LNER and Northern Rail have improved greatly since being taken back into public control. I cannot see why any government with an ounce of sense would want to perpetuate the complete disaster the dogma driven sell off of the railways has been.

The railways in Britain should NEVER have been privatised in the first place. The rail system should offer a service to the public at a reasonable price, NOT FOR THE BENEFIT OF SHAREHOLDERS & franchise holders, who only want profits; then when they hit financial problems, hand-back the franchise, with no penalty for their bad management (eg. Virgin Trains on the West Coast, and L.N.E.R. on the East Coast main line, (now making profir under public ownership. IT IS SCANDALOUS THAT IT IS CHEAPER TO FLY TO SCOTLAND THAN TRAVEL BY TRAIN - AROUND 50% cheaper or even more !.

Failure after failure. Bailout after bailout. Extra funding thrown after extra funding. Time to stop flogging this dead horse of an ideology - it's never going to work. There's a reason that public transport is called public - because that's who it's for...but this government thinks otherwise.