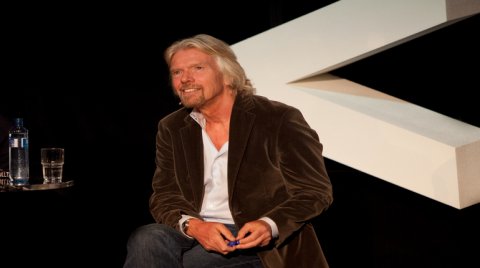 In this guest blog, Justin Madders MP explains that the NHS Bill will only further NHS privatisation and that, as a result, Labour will be opposing it.

Our NHS is one of the best things that we have ever created. The British people’s support for our beloved public, universal health service remains as strong as it has ever been.

Despite this fact, the Conservatives have spent the last decade underfunding the NHS and systematically reducing its capacity. Over 20,000 beds have been cut. More than 100 A&Es closed. There are almost 40,000 nurse vacancies in the NHS as of June this year. And since 2013, 1 in 6 GP surgeries have closed.

Now, after heroically seeing us through a global pandemic, the NHS is staring down recording-breaking waiting lists, with 5.6 million people waiting for care in our NHS and almost 1.2 million of those having waited for more than 6 months.

NHS Providers and NHS Confederation (the organisations that represent NHS hospitals and trusts) asked the government for at least £10 billion to begin tackling this problem, but have only received just over half what they asked for. Without urgent action, the crisis in our NHS will only get worse.

This is why it is puzzling that the government has chosen this moment to prioritise pushing through a piece of legislation that will bring about yet another top-down reorganisation of the NHS.

Outside the question of what we think of the substance of the proposed changes, this is simply the worst possible time to attempt such an upheaval. This experiment risks the NHS’s ability to continue providing the care people desperately need, at a time when services are already under the strain of millions-long waiting lists.

Perhaps the most concerning element of the bill is that it would allow private companies to sit on the proposed new Integrated Care Boards, which will be responsible for deciding how to spend NHS money in your area, and locks patients and trade unions out.

If the bill passes, Richard Branson could have a seat at the table making decisions about how the NHS provides care in your area, but you won’t.

This reveals a great deal about who this bill is intended to serve, and who it cuts out. As it stands it ushers private companies in and leaves patients and health workers out in the cold.

As Dr Chaand Nagpaul (the British Medical Association’s Chair of Council) said in answer to my questions during Oral Evidence at the Public Bills Committee on Thursday, 9th September, “it doesn’t make sense to allow a private provider to sit on a commissioning board. That is an inherent conflict of interest… the private provider is driven, ultimately, through its financial motives.”

He is right. And as Labour’s lead in the Bills Committee, I can commit my Labour colleagues and I to fighting as hard as we can to make sure private companies cannot sit on these crucial decision-making bodies and that patients get a seat at the table.

Privatisation cannot be allowed to gain a further foothold in our NHS. Hence in addition to making sure private companies can’t sit on NHS boards, we will fight to ensure that the NHS is the default provider of NHS services. Without this, simply scrapping Section 75 of the 2012 Health and Social Care Act which forced commissioning bodies to put out services for competition - as the bill proposes to do - amounts to making it possible to hand out NHS contracts to private, profit-driven companies without any transparency.

We will also fight to amend the bill to ban Alternative Provider Medical Services (APMS) contracts. Introduced in 2004, APMS contracts have been described as “the private sector's gateway to providing primary health care to NHS patients”. They allow companies that are not owned or controlled by medical professionals to run GP surgeries. The recent takeover of NHS GP surgeries by Centene, an American multinational company that was called “profit-greedy” by the Daily Mail, was only possible because of APMS contracts.

We are outnumbered on the Bills’ committee and in parliament by Conservatives, so passing these amendments and others will be an uphill struggle. But our commitment to you is that we will fight for our NHS. Labour’s guiding principle in the discussions at the Committee stage of the Bill is simple: the NHS must be well equipped to provide high-quality comprehensive care to all of us, free at the point of need. Further privatisation can only take us further away from the principles at the heart of our health service.

The nhs should not be sold. It should remain government owned - not broken and sliced up to greedy companies who only care about profit.

Don’t just sit there … do something!

Our NHS must not be allowed to fall into the greedy, grubby hands of private profiteers who

put profit before patients. It is our NHS, and we must fight with every ounce of our strength

to keep it ours. The thought of Branson sitting in NHS boardrooms turns my stomach.

The NHS was created for the nation. NOT FOR PROFIT.