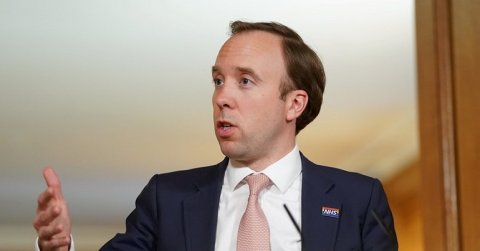 The latest consultation on the government’s new White Paper for Health and Social Care is incredibly and unnecessarily complicated. It’s also the worst type of ‘consultation’ - pushing you to agree with the government’s proposals. So we decided to write a blog to decipher exactly what the government is proposing for your NHS.

On the first page, the consultation questions whether you, the respondent, support continuing a contract ‘with an existing provider (eg. an NHS community trust) without having to go through a competitive procurement process?’  Of course, we want an efficient NHS that doesn’t have to waste time and money on an internal market, tendering processes, putting together bids etc. And of course each of the questions that give an example highlight an NHS provider as the likely winner, painting a picture of a desire to end privatisation.  This is exactly how the government presented this White Paper was  to the media.

But that is not what this White Paper  is proposing. It is merely changing the current procurement system so that commissioners (which could include private companies) can give out contracts (to private companies) without a tendering process.

This could be effective in reducing the public uproar that currently ensues when services are threatened by privatisation. But it will also make it much harder for patients to stop these services being privatised - no more contracts being put out to tender, just a quick handover with a short notice period. However it won’t free the NHS from Andrew Lansley’s 2012 Health and Social Care Act, which opened up services to be run by any willing provider. It won't reduce the role of the private sector.

It will also not reduce the waste that comes from dividing our NHS into an internal market of commissioners and providers, which is estimated to cost £4.5 billion a year.

Doctors in Unite have highlighted that there are already regulations in place that allow for the direct award of public contracts between entities within the public sector in many situations.

Yet this is being ignored. The government has portrayed this push to reduce competitive tendering for NHS services as an attempt to slim down privatisation. They know that many will be happy at the thought of an NHS one step closer to being run completely in public hands.

However this is simply not what is being proposed. Instead, this legislation will open the door to more cronyism with no due process. We’ve already seen during the pandemic what this will look like, with huge contracts given out to the likes of Deloitte with no process, on the basis that they can provide ‘value for money’ and ‘innovation’. The White Paper will lead to even more of this, with private companies being given contracts with even less transparency and accountability.

Matt Hancock after all believes that the idea there is a "divide" between public and private sector "is for the birds". Yet we know the difference between the still-disastrous-almost-one-year-in test and trace system in England and the successful NHS run vaccine rollout shows there is a big difference between health services in public or private hands.

As Andrew Taylor, former Director of the Co-operation and Competition Panel for NHS-funded services said when giving evidence to the Inquiry into NHS England’s proposals for Integrated Care:

“I do not think anyone has realistically talked about removing the private sector from the NHS…The current rules provide a Government structure for those markets. In effect, the proposals deregulate NHS markets.”

‘Integrated Care Services’ (ICS) is a name for a financial accounting system used in American health care, which this White Paper seeks to cement as the way our NHS is organised. And in case you were under any doubt as to whether this White Paper will lead to the end of privatisation, look to the Health Systems Support Framework (HSSF) which aims to facilitate easy contracting by ICSs and to ‘transform how they deliver care’. The Framework consists of organisations accredited by NHS England to support the development of internal structure and management of ICSs, and, potentially, also to play a long-term role in direct management of ICSs.

A quarter of the 83 organisations approved by NHS England to take on contracts with ICSs, and potentially also take seats on decision-making Boards of ICSs (as has happened in North East London) are based in America, offering expensive data-based systems designed to benefit US insurance companies and private hospital chains.

When we look at how the new ICS structures will choose providers, the criteria in the consultation seems harmless - why wouldn’t I want the provider to be selected based on ‘quality’ and ‘integration’? However the detail is deeply worrying.

Doctors in Unite have highlighted that the criteria seem weighted towards providers with experience in US style ‘accountable care’ or what they also call ‘integrated care’, whereby money saving attempts ‘create a host of less expensive health and care workers to employ in ‘innovative’ care in the community’ as the Doctors put it. While billed as reducing the need for expensive healthcare interventions, there is currently no robust evidence that this way of organising health services works in the NHS.

There have been several other proposals for funding care in our communities.

This consultation shuts today, and while we apologise for not giving you more time (we only found out ourselves about this consultation quite recently), we would encourage anyone with some time today to answer the consultation along the lines of this blog. Responding to the consultation individually will show the strength of feeling against this bill and for an NHS in public hands - that we won’t be hoodwinked. We’ll be organising more action against this White Paper in the next week, and we really hope you can be involved.

This White Paper represents a private takeover of our NHS and ultimately, we believe it should be withdrawn.

What we actually need is a national high quality, well funded, public NHS for everyone. 3 out of 4 of us want our NHS reinstated as a fully public service after the pandemic. With you on board, we can fight for this.

Respond to the consultation today

If the Labour Party had any brains and a spine, it would fight tooth and nail for what 3 out of 4 people in the country want, as stated in the blog. This is the one crucial matter in politics today. The "we can't afford it" argument against it is a false one. People want proper public services and they don't want a low-tax regime that enables the rich to scoop the pool.