People are coming together to kick Serco out of the test, track and trace system 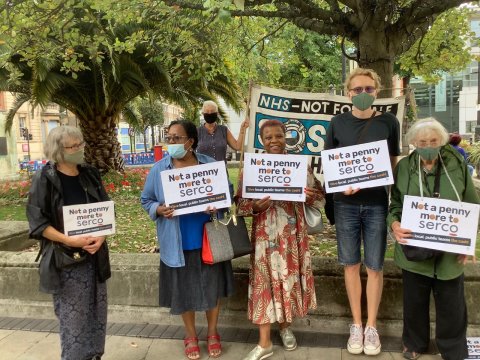 Outsourcing giant Serco has been running England's test, track and trace system. We were promised it would be "world-beating". It's been anything but.

In reality, they've been performing far worse than local public health protection teams, have been hit with data breaching scandals and mismanaged their staff so badly, some have reported having nothing to do but watch Netflix.

Serco should be nowhere near our public services. And the public know this. That's why only 15% of them think a private company like Serco should be in charge of the test, track and trace system.

Unbelievably, the government is considering extending Serco's contract, which could see them pocket another £300 million. Their contract is up for renewal on August 23, and this week, people started to come together to say enough is enough - Serco shouldn't get a penny more.

In more than 20 locations, people called for the money currently being given to Serco to be handed to public health protection teams instead. Here's a run down: 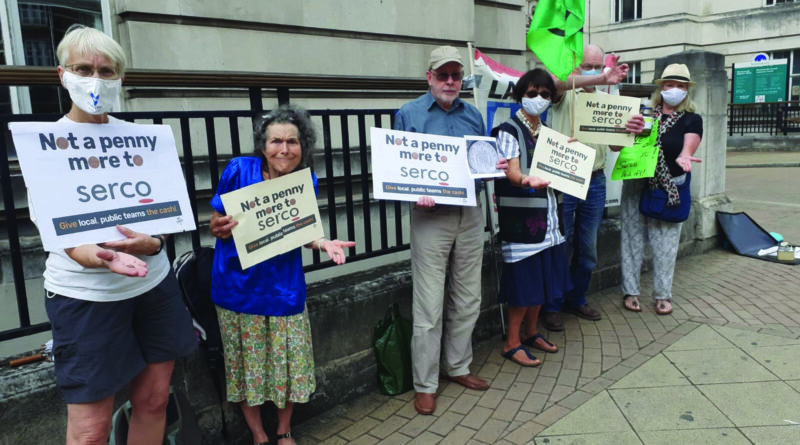 We Own It supporters came out in Wandsworth - supported by Battersea Green Party - to say Serco don't deserve a penny more. Their protest was covered by the South London Press. 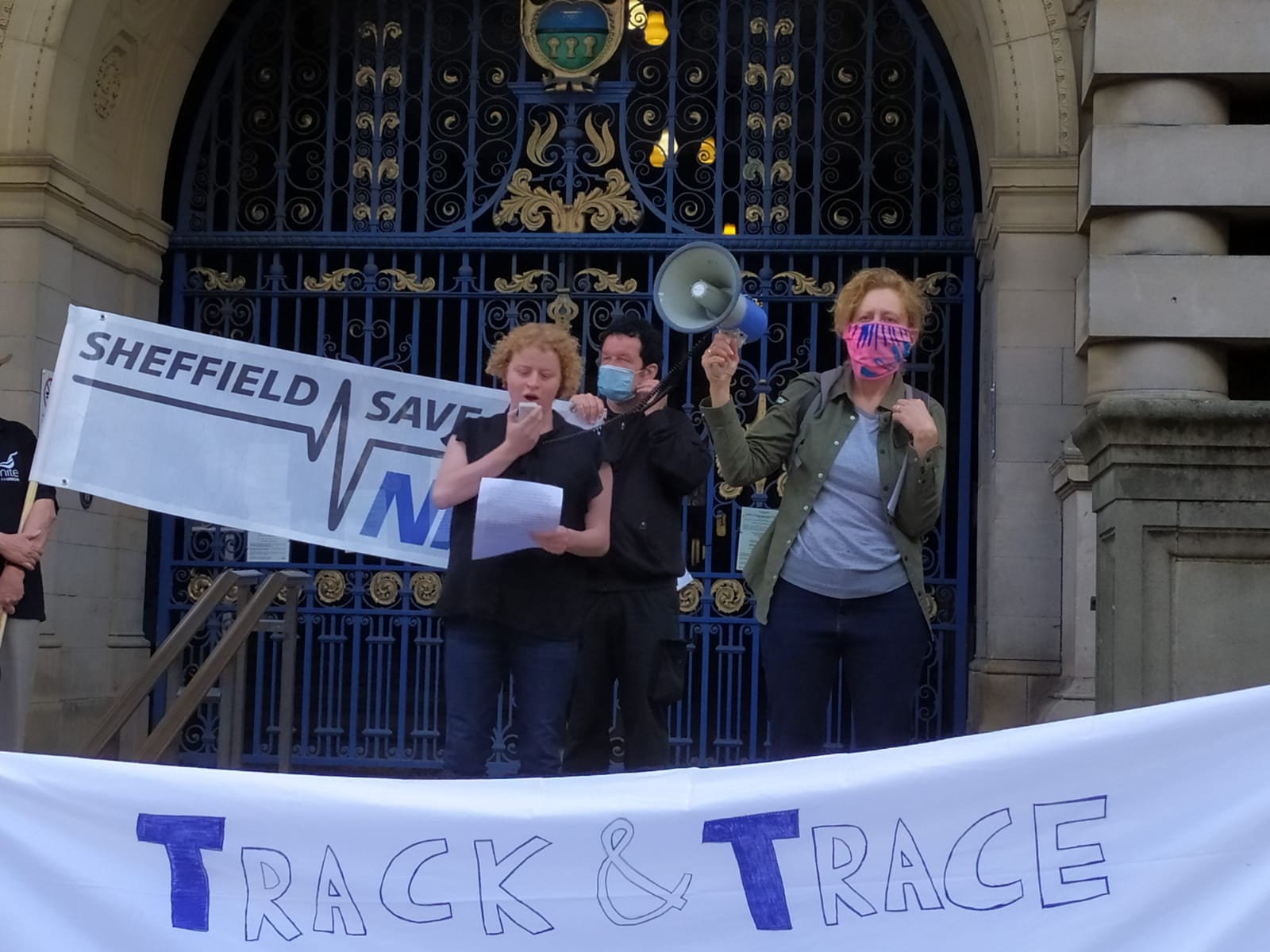 In Sheffield, Labour MP Olivia Blake joined We Own It supporters outside Sheffield Town Hall to demand local public health teams are given the resources they need to run the test, track and trace system. The Sheffield Star came along to cover the demonstration too. 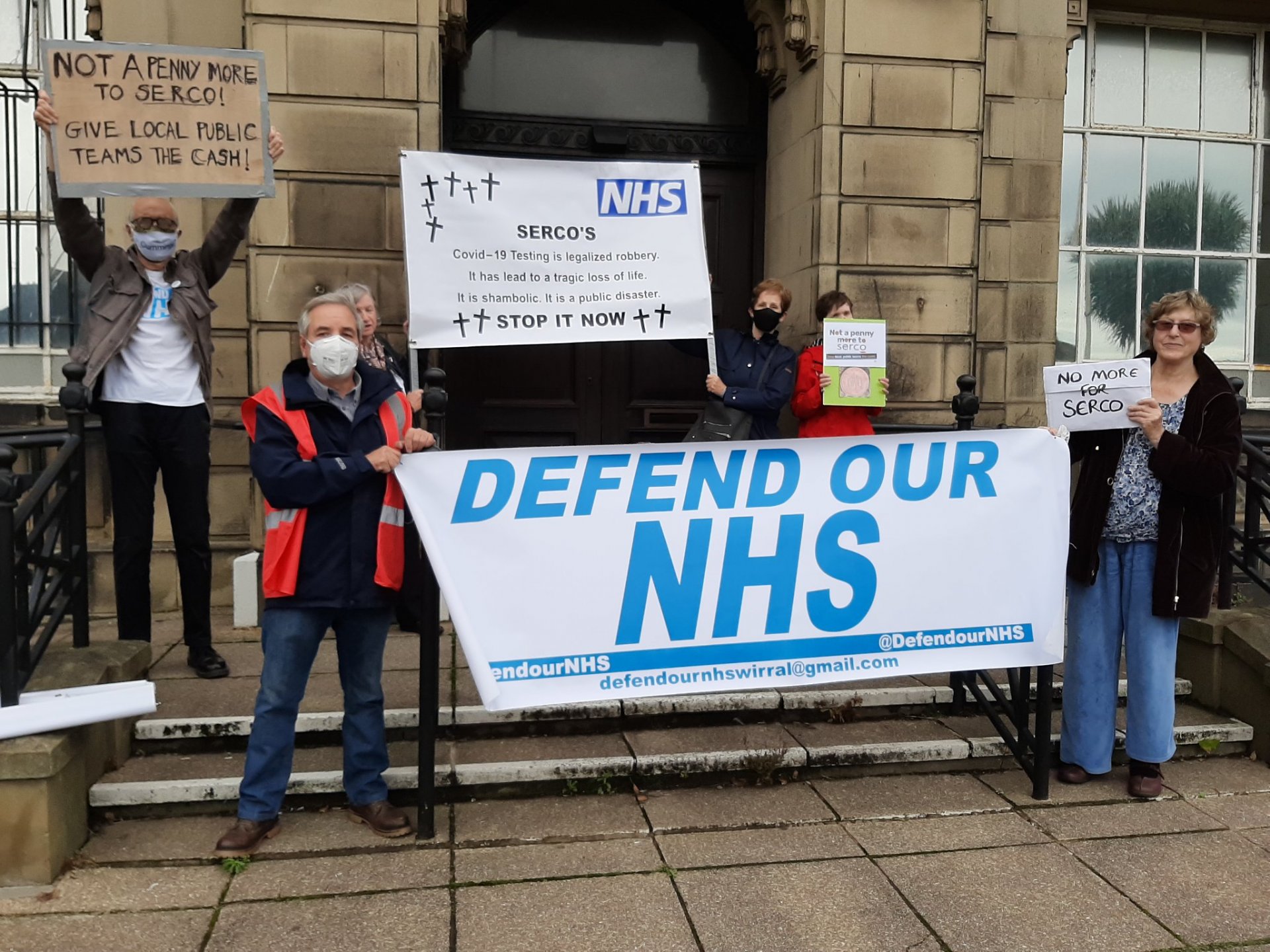 In the North West, Defend our NHS Wirral brought people together in Wallasey. 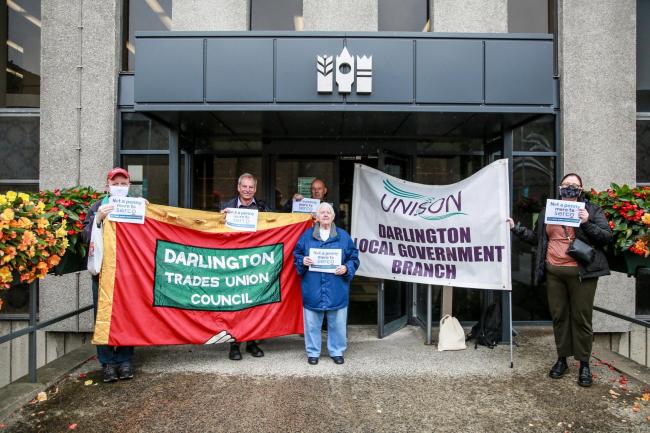 And over in the North East, the Darlington Trade Union Congress came out to say no to Serco, which the Northern Echo covered too. 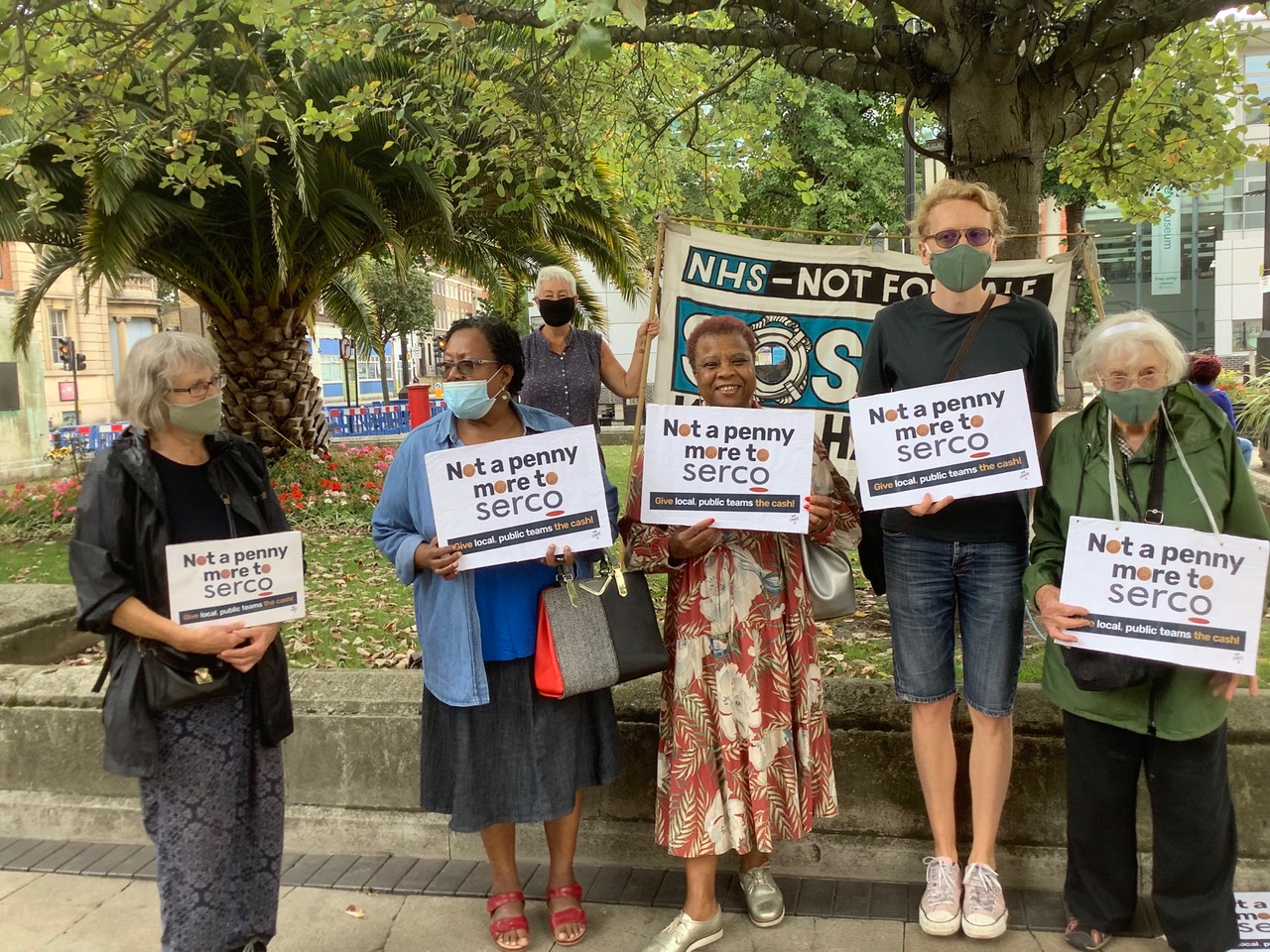 Wandsworth wasn't the only London Borough to see protests. People came out in Hackney too, with the Hackney Citizen covering the demonstration. 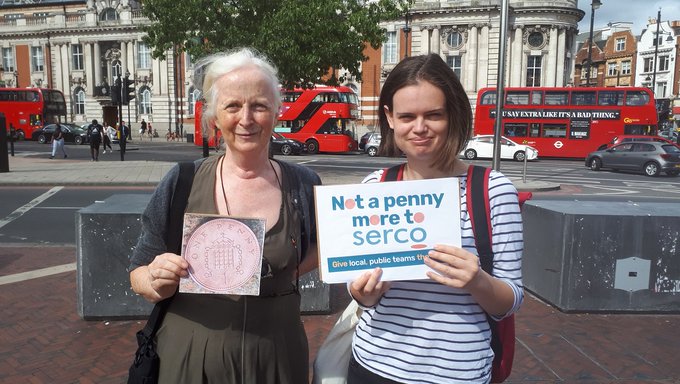 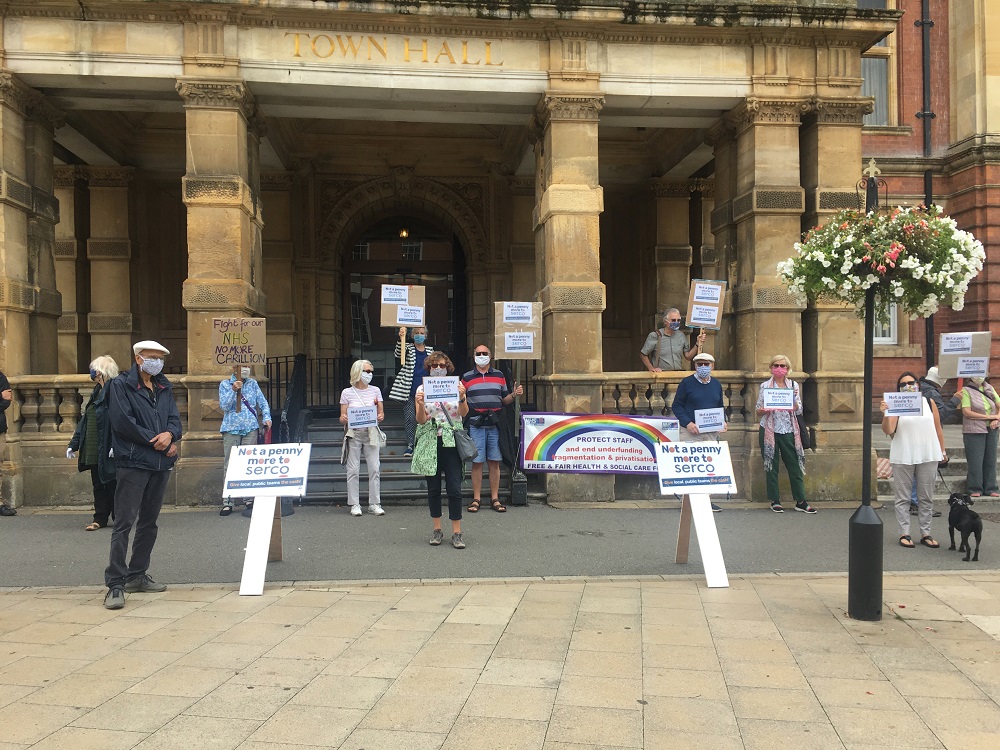 In Leamington, dozens of people came out in force for a socially distanced protest outside Leamington Town Hall. The Leamington Courier picked up on the protest. 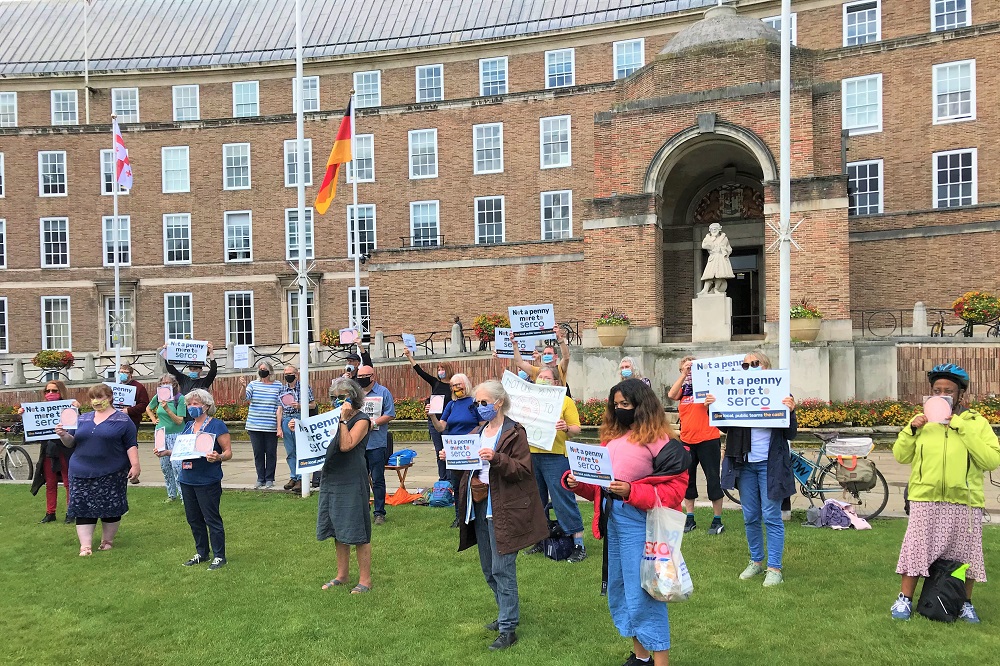 Dozens also came out elsewhere. In Bristol, people gathered on College Green outside Bristol Town Hall. Adding to all the media coverage of the protests, the Bristol Post picked up on the demonstration too. 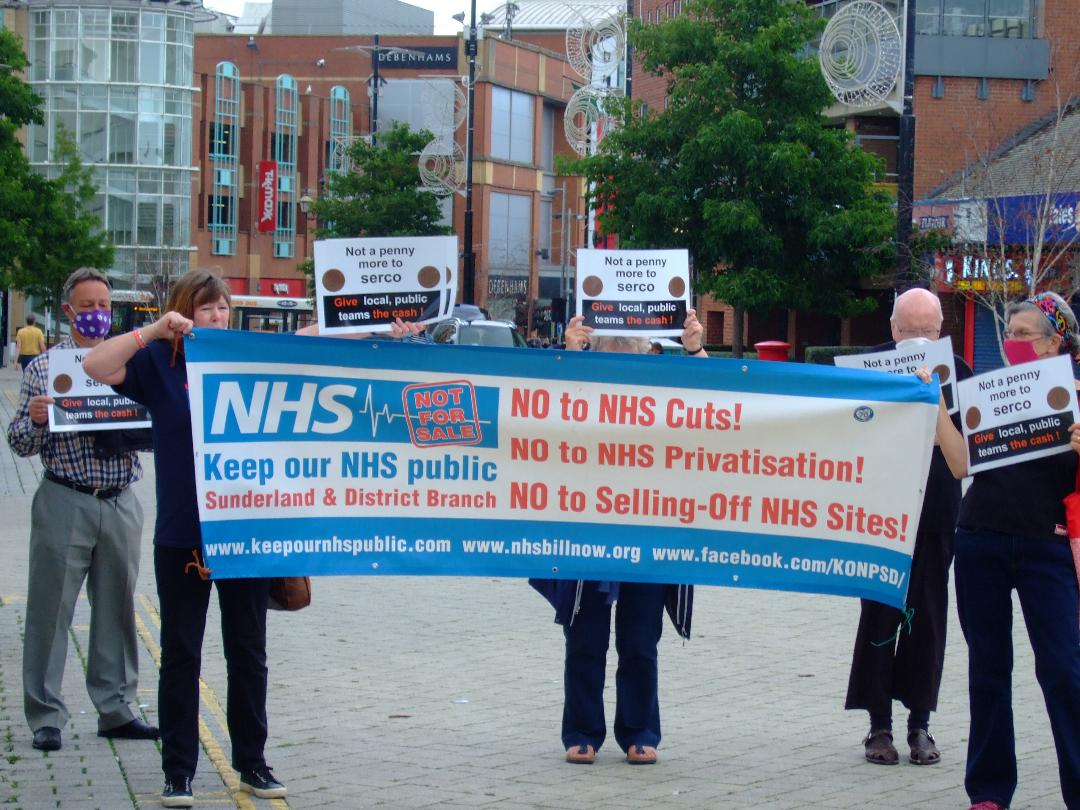 Our friends Keep Our NHS Public helped coordinated lots of actions - including this one in Sunderland. The Sunderland Echo covered the demonstration as well. 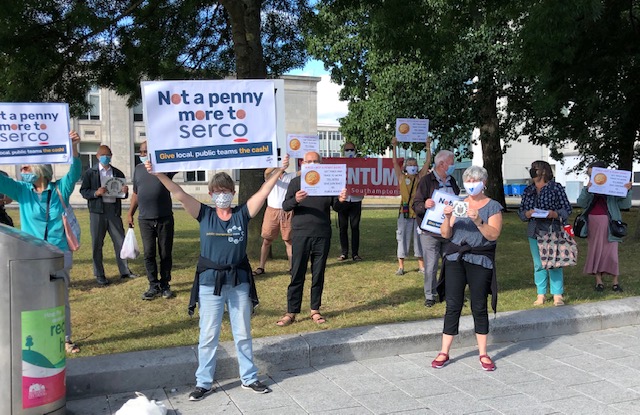 Right at the other end of the country, We Own It supporters came out in force to say no to Serco in Southampton. 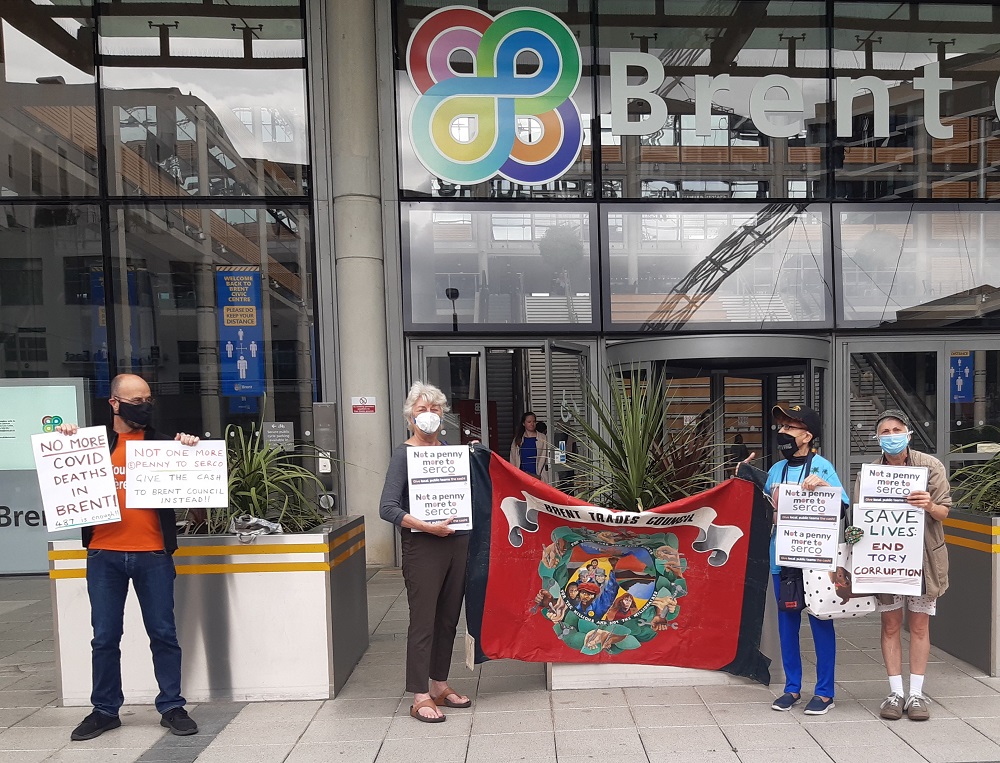 A coalition of groups - including Brent Trades Council and Brent Covid-19 Action Campaign - came out in yet another London Boroough to resist Serco. 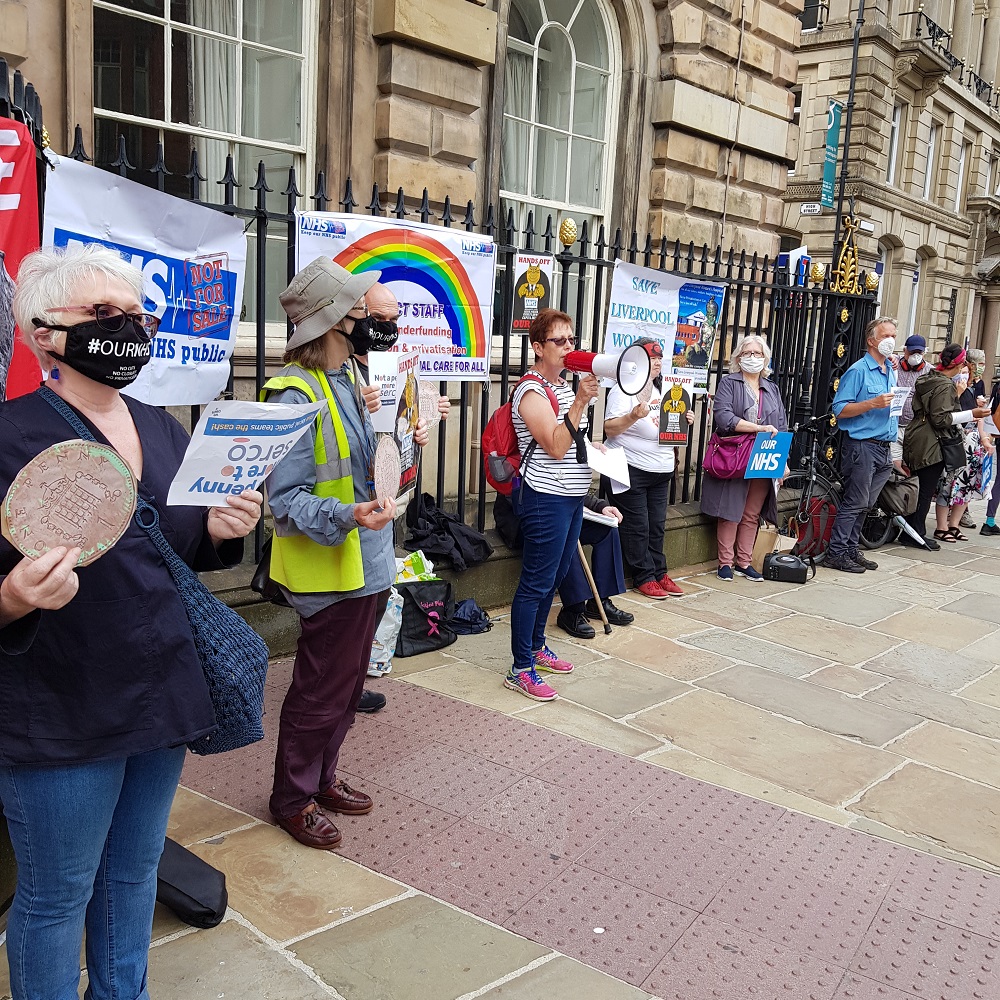 We Own It supporters also surrounded Liverpool Town Hall to demand local public health protection teams are given the resources to run the test, track and trace system.

Unite London and Eastern branch gave their full support to the campaign against Serco. These Unite members took action Newham. 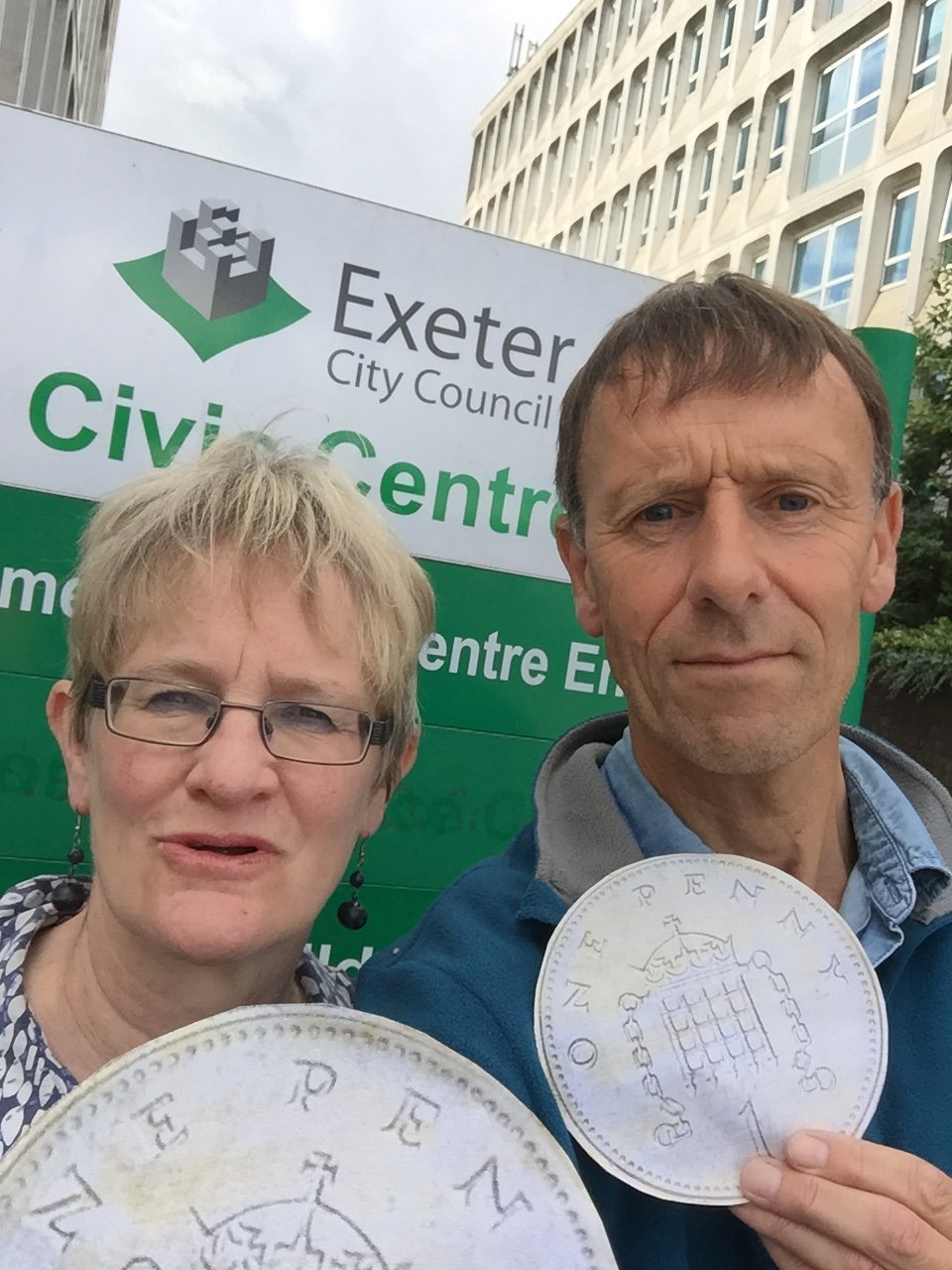 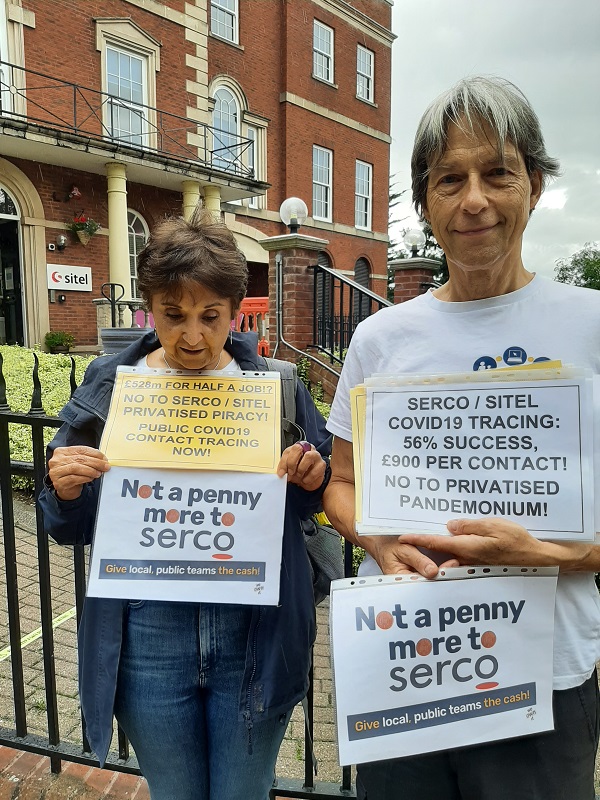 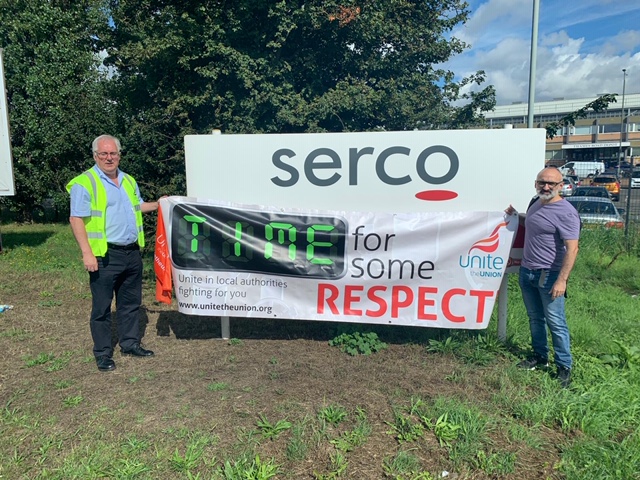 More Unite members joined the campaign against Serco. This group in Bexley went to one of Serco's sites to say they don't deserve a penny more of our money. 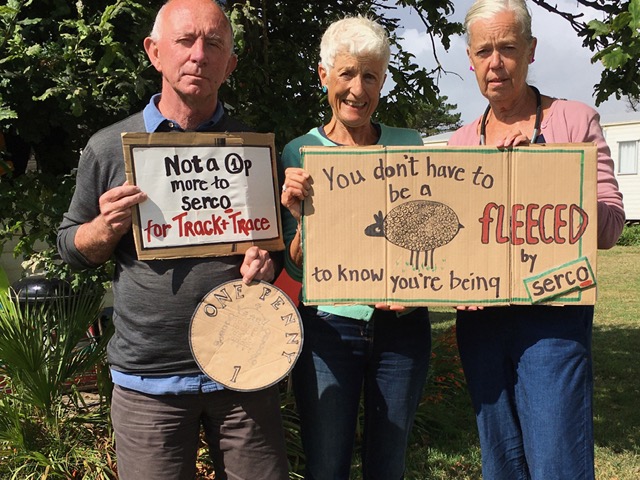 These campaigners in Stroud might have got creative with their placards, but the message is the same: Serco doesn't deserve a penny more! 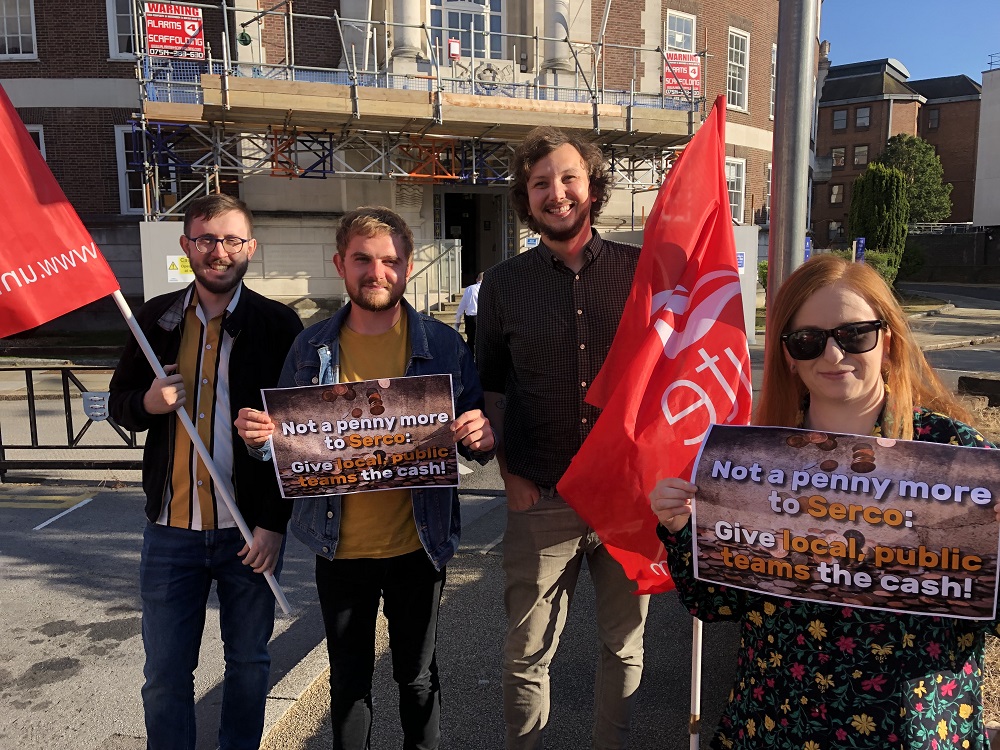 Back in London, Unite members in Kingston joined the campaign. 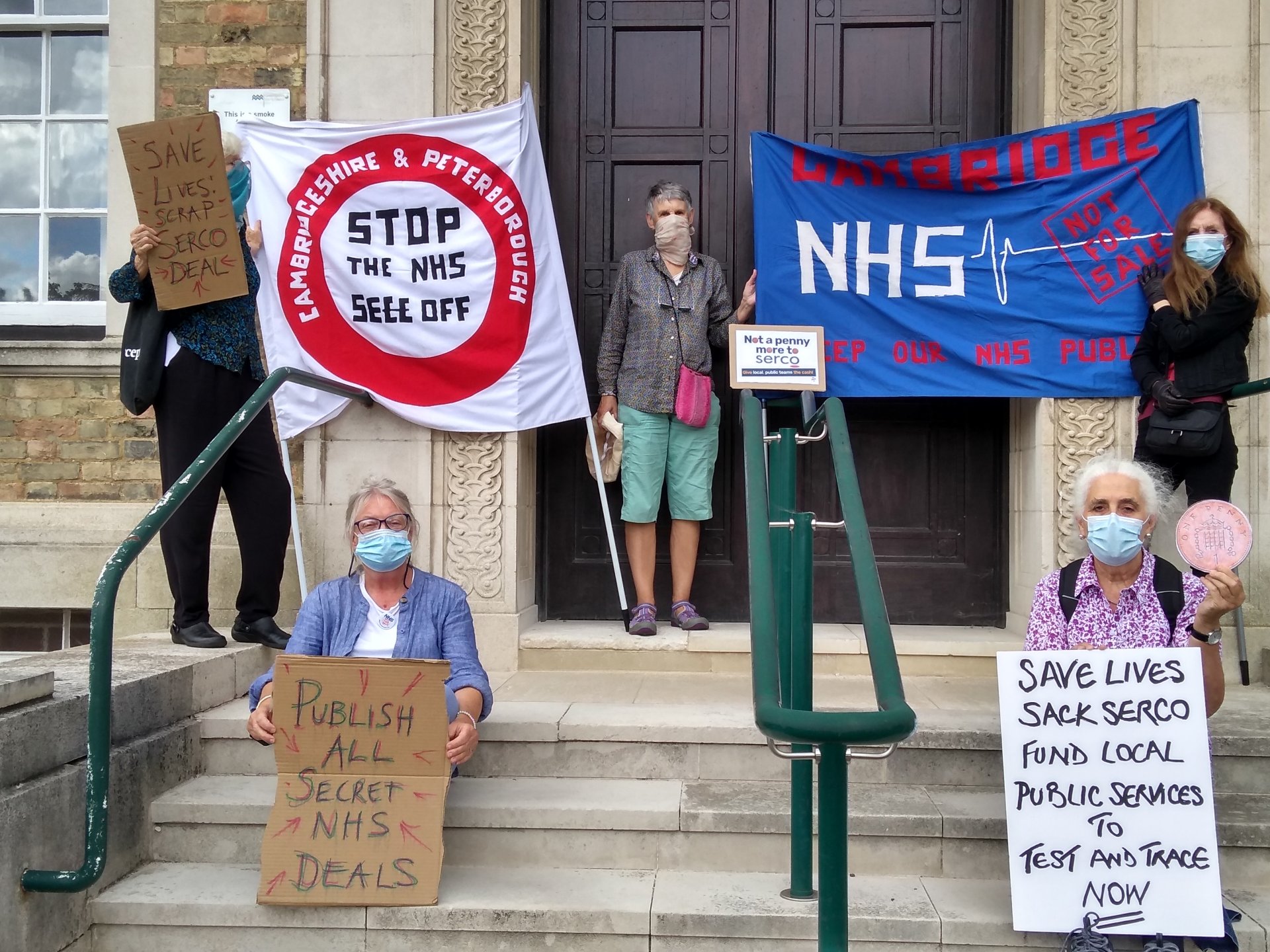 Brightly coloured banners and hand made signs appeared outside Cambridge Town Hall as campaigners came out to say no to Serco. 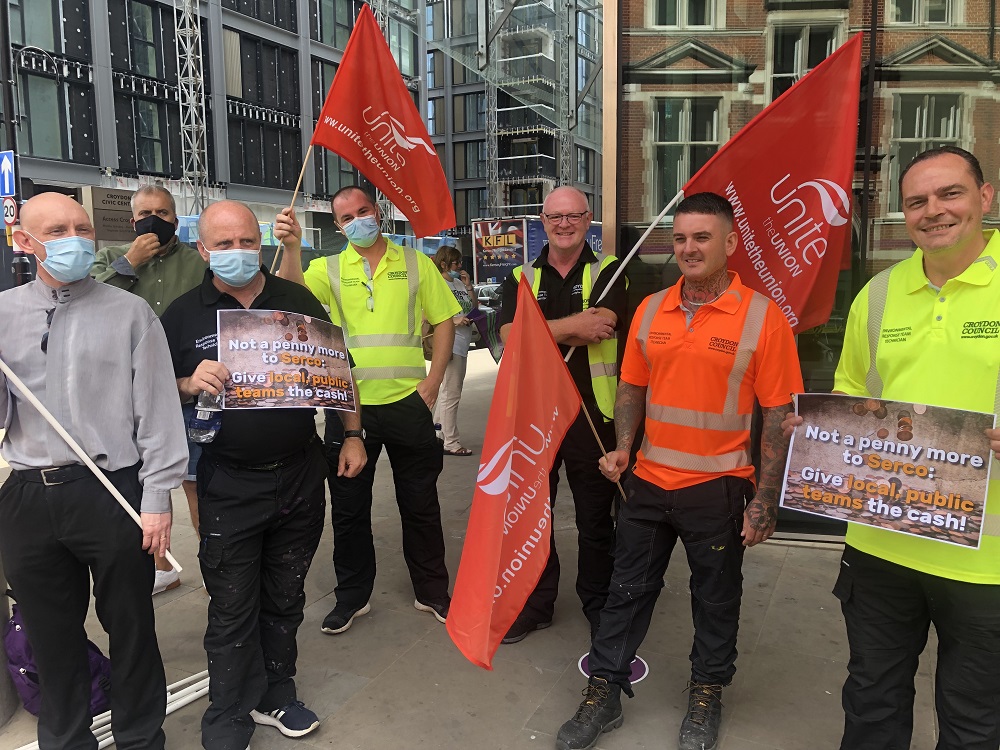 Unite members once again came out in force - this time in Croydon! 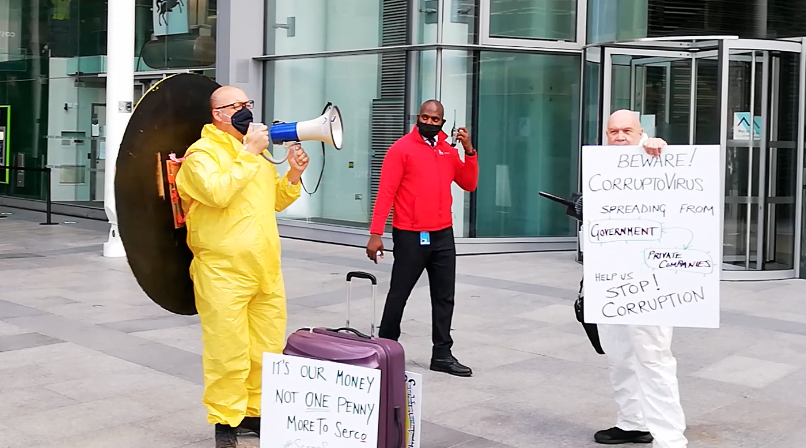 In Westminster, 999 Call for the NHS staged a detective trail between the Department of Health and Serco's office, looking for evidence of the "corruptovirus" between government and private companies. 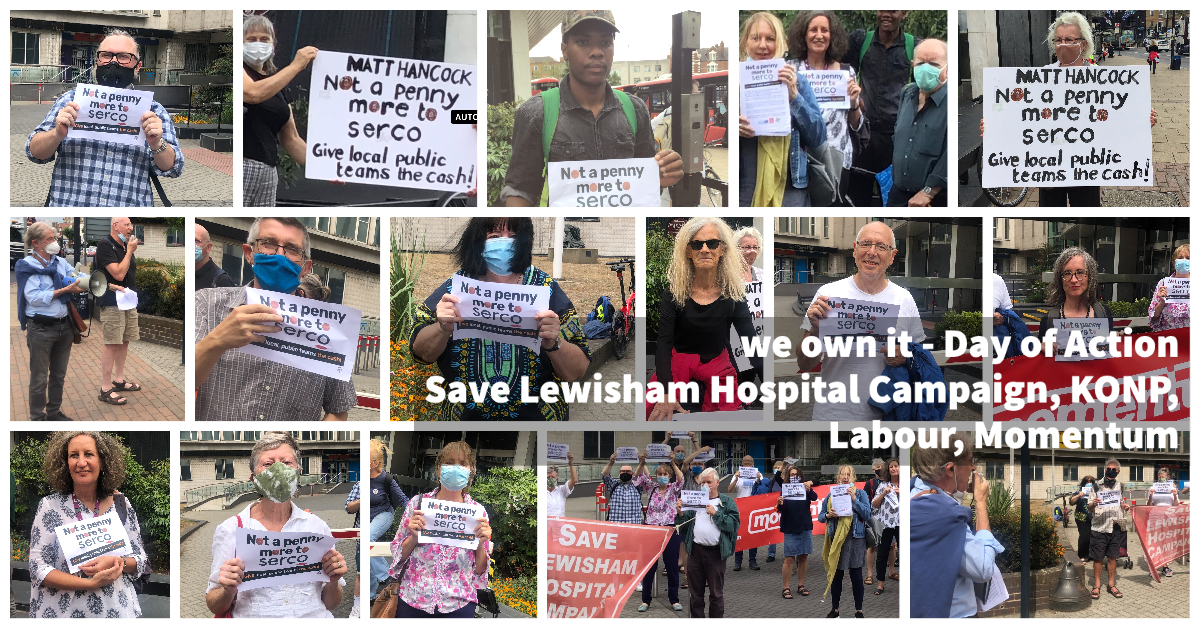 Groups across Lewisham including Save Lewisham Hospital Campaign, Keep Our NHS Public, the Labour Party and Momentum came together to join the calls for the government to scrap Serco. 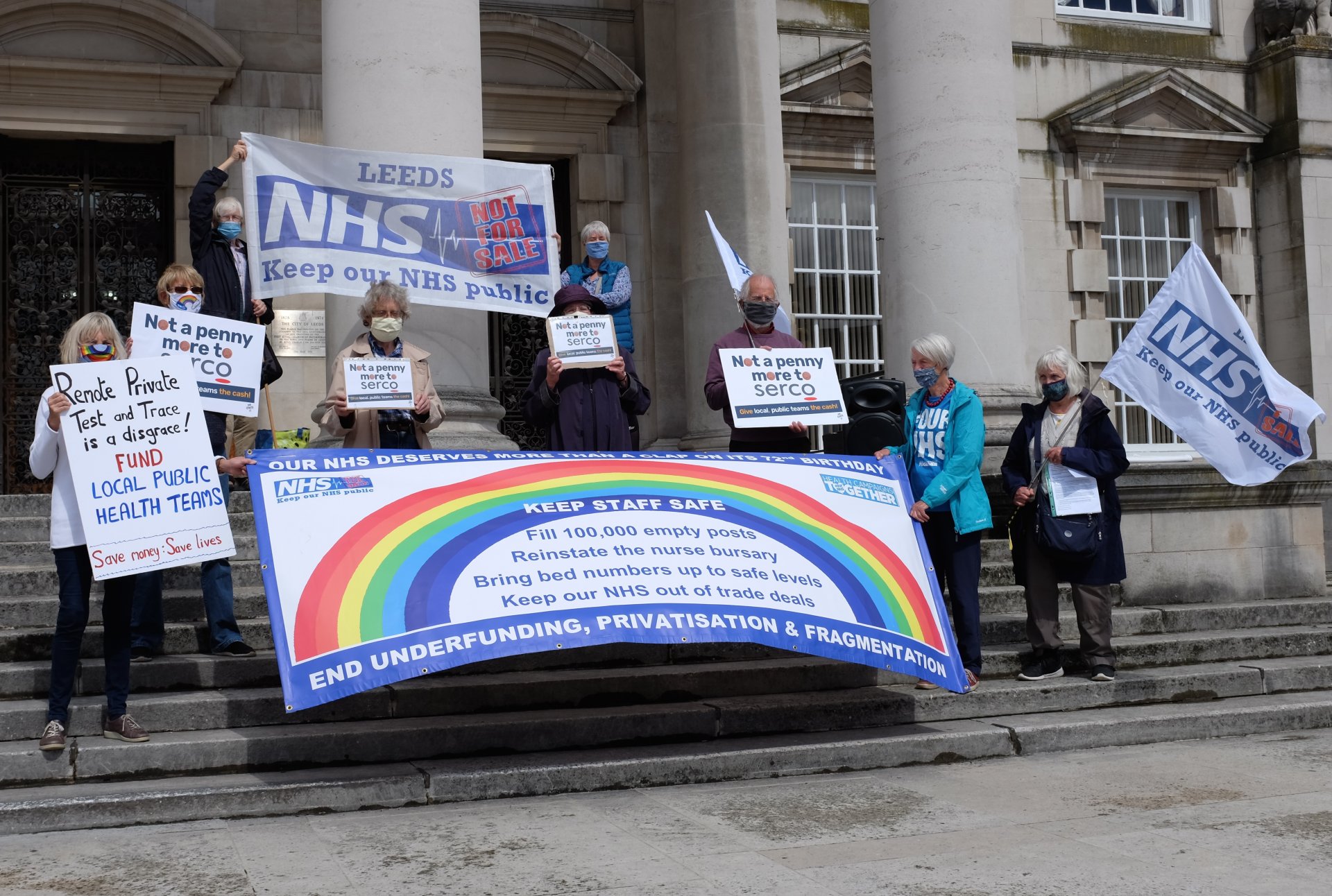 Keep Our NHS Public were also out in force in Leeds - staging this protest at Leeds Town Hall. 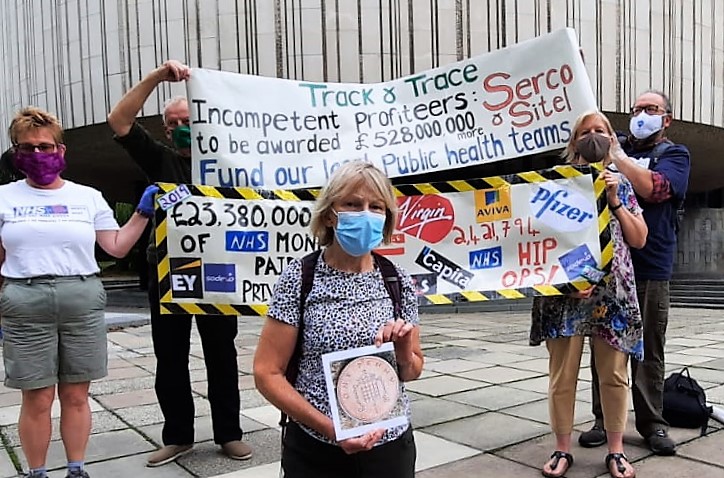 Keep Our NHS Public were all across the country! Their North East branch organised this demonstration in Newcastle.

Thank you so much to everyone who took part! Together you're building more and more pressure on the government to scrap Serco for good!

And there's still time to write to your local council leader asking them to demand Matt Hancock scraps serco and funds local authorities to run test, track and trace instead:

Leave the work to people who know what they’re doing!!!!