Privatisation - a threat to justice 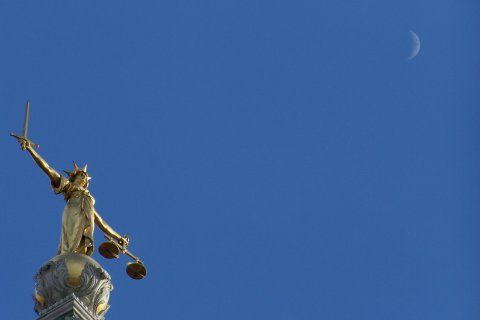 After signing off the business case in July, Justice Secretary Michael Gove looks set to award US Business Services giant Synnex-Concentrix the £675m contract to oversee the collection and enforcement of fines and compensation set by the criminal courts in England and Wales.

Several MPs, including new Labour leader Jeremy Corbyn and former Director of Public Prosecution Keir Starmer, have signed a motion opposing the plans. They warn that placing the service in private hands will put profit before justice.

There is concern amongst politicians that there is unlikely to be any opportunity for parliamentary scrutiny before the contract is awarded. When MPs have requested sight of it they have been refused on commercial confidentiality grounds. So much for openness and transparency when it comes to Government outsourcing!

The PCS union has been campaigning against this sell-off since it was first muted some four years ago. Their members have done a fantastic job collecting record amounts of fines, at a time when the threat of privatisation has been looming over them.

PCS general secretary, Mark Serwotka, told The Independent: “We remain opposed to this sell-off. We do not believe it should be run for profit and in the hands of private bailiffs, who we fear could bring the system into disrepute by cherry-picking easier cases and being more aggressive in their approach.”

Staff working in the HM Courts and Tribunals Service have improved collection rates in the face of job cuts and consistently outperformed private debt collectors. Yet the government have wasted millions of pounds of taxpayers’ money in an attempt to needlessly privatise their work.

As The Independent reports, costs relating to the privatisation have already reached £14m before the contract has even been signed.

As well as the costs involved, the timing of the privatisation is also a great cause for concern as it comes hot on the heels of the introduction of the controversial criminal courts charge. Magistrates have been resigning over the punitive charges which they claim is encouraging the innocent to plead guilty.

The Howard League for Penal Reform is leading a campaign for an urgent review of the charge. Their chief executive, Frances Crook, has written to the President of Concentrix urging the company to consider withdrawing from the process.

She writes: “I hope that you will consider withdrawing from the process, which would make your company responsible for the collection of this charge. I would also question whether your company will find it commercially viable to collect the charge from people who do not have the means to pay it. Inevitably this will inflict righteous reputational damage on any company being seen to profit from exacting the charge from the indigent, the mentally ill and the homeless."

The fact that Synnex-Concentrix is the preferred bidder has set alarm bells ringing as the company have recently come in for criticism over its performance carrying out fraud and error prevention work for HM Revenue and Customs.

The National Audit Office discovered that the company only generated savings for HMRC of £500,000 in 2013-14 compared with the original estimate of £285m.

This comes after reports that it had falsely accused thousands of families of cheating on their tax credits.

Lord Falconer, the shadow Justice Secretary, said last week: “To have ended up with a single bidder, and one who seems completely unsuited to the task, makes a farce of competition and shows Gove is following Grayling in his blinkered and ideological pursuit of outsourcing at any cost.”

Synnex-Concentrix weren’t even one of the original five bidders and only became involved in the process following Synnex’s acquisition of one of those bidders, IBM. PCS believes that this calls into question the company’s commitment to the project. Until recently the only two other remaining bidders were Just CD and BT.

While Synnex-Concentrix have been messing things up for HMRC, court-based staff have been setting new records, bringing in £518m in fines, penalties and confiscation orders in the year 2013-14. They have built relations with CPS and the police over a number of years and have also made effective use of information held on debtors by HMRC and the DWP. All this judicious work could be undone if the privatisation goes ahead.

Rather than rewarding a multinational company for its failure, the Government should recognise the value of its own workforce and continue to build on its success.

Should Michael Gove allow the privatisation to go ahead, he will be grossly out of step with public opinion. Research carried out by We Own It shows that only 21% of the public trust outsourcing companies. Less than 25% think that it is appropriate for private companies to run court services. The public are also five times more likely to be very comfortable knowing that court services are being run by the public sector than they would be if a private company was running them.

PCS is stepping up its campaign to stop the privatisation and is asking supporters to write to their MP.

Photo by Steve Calcott and used under the Creative Commons license