Privatising the courts system: the public are not customers, they are citizens 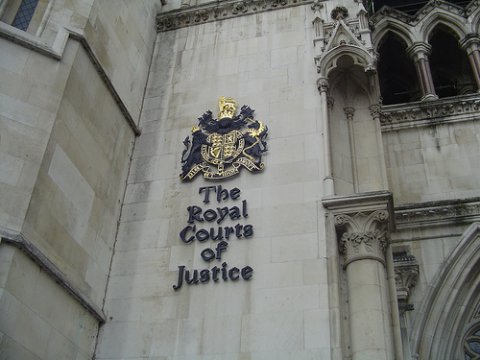 Sarah Vine, criminal barrister at 2 Pump Court, explains why plans to privatise the courts service are so dangerous.

On Tuesday, in response to public alarm at the leaked plans to privatise the courts service, the Ministry of Justice issued one of its increasingly familiar, and decreasingly plausible, reassurances. In terms of impression management, it was the ministerial equivalent of "I'm not a racist, but…". The MoJ stated that the proposals were not for the "wholesale" privatisation of Her Majesty's Courts & Tribunals Service (HMCTS).

The MoJ did not define what it meant by "wholesale", but it probably matters little. The justice secretary is a huge fan of outsourcing, and has a talent for ignoring troublesome evidence, however compelling. He also regards anything which smacks of rights – constitutional or human – as an irritant, an outmoded obstacle to thrusting reform, and to be dispatched as swiftly as possible. Certainly an 800-year-old prohibition on the sale of "justice or right" is not going to stand in his way. Not when there is money to be made by big business.

In a new spin on the process by which public services are "outsourced", it is proposed that HMCTS be offered both to the lowest bidder (for the provision of staff and buildings), and also to the highest, by charging wealthy litigants fees, over and above their legal costs, for using the courts' service. In this way, Grayling seeks to transform it into a profitable enterprise, offering "attractive returns" to investors.

But HMCTS is not an enterprise, designed for the pursuit of profit or growth. The very idea is repugnant. The public are not "customers". They are citizens, and are entitled to public, accountable justice, administered without fear or favour; no sale of justice or right. If the insertion of private interests into the administration of justice did not offend against that principle, it would have been achieved by now.

Court staff are a close-mouthed breed. Most people who come into contact with them will report that they are courteous, approachable and helpful. They deal, routinely, with people who are having the worst day of their life. They are also incredibly, almost pathologically, discreet. They see and hear information which could prove the undoing of a case, a litigant, a juror, a witness or (whisper it) a judge. They are often responsible for when a case is heard, and which judge hears it. Court staff are the foot-soldiers of judicial independence, and even a fool could grasp the imperative to protect their impartiality.

But pay people less, erode their job security, and ask them to serve two masters, and you cannot be surprised if they choose the one holding the purse-strings. Litigants paying over the odds for their chance to litigate in the UK will be expecting some kind of preferential treatment. It will start with queue-jumping, and judge selection. And perhaps the contract-winning companies (don't make me say G4S) will be more than happy to instruct their staff to oblige. Of course, the contract winners themselves will also be litigants, perhaps defendants in health and safety prosecutions, or being sued by relatives of someone like Jimmy Mubenga.

When a trial takes place, objections can be taken to jurors, judges and even court locations if there is a real possibility that their involvement may damage the integrity of the trial process. What conceivable protection will be afforded any opponent of the contract winners, or those wealthy litigants, when the entire court system is run by those in their pay? Outsourcing will have relieved the justice secretary of responsibility for such "operational matters". In place of a sacred constitutional principle, Mr Grayling proposes a royal charter, the ministerial equivalent of "some of my best friends are black".

The tide of privatisation inches closer to the heart of our justice system by the day. Security, probation, transport and interpretation services are long gone. G4S provide child-abuse investigators and rape recovery suites, for profit. Legally-aided representation is in the MoJ's cross-hairs. If Grayling has his way, the only heads left above the corporate water will be the judges. For a while, at least.

This article was first published in the Guardian.

Photo used under Creative Commons licensing, thanks to mwanasimba.