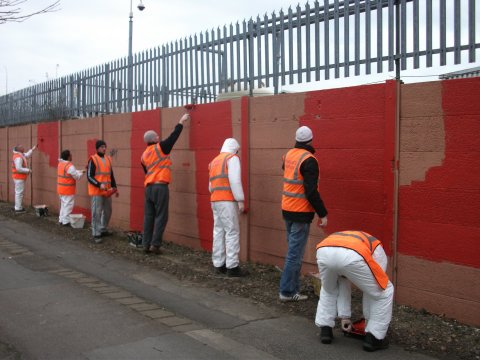 The Transforming Rehabilitation (TR) reforms to probation are a case study in market failure. In June 2014, the service was split into two organisations: the publicly-owned National Probation Service (NPS) now supervises offenders who pose a high risk of harm to the public, while 21 privately-owned Community Rehabilitation Companies (CRCs) were established to manage low-to-medium risk offenders. The Conservative-Liberal Democrat Coalition government (2010-2015) argued that the introduction of the profit motive would help to reduce the size of the prison population and the cost of the criminal justice system by extending probation services to approximately 40,000 offenders released from short-term prison sentences of less than a year. They insisted, without evidence, that the market could provide more efficient, effective, and innovative probation services than the state.

Just four years after TR was implemented, however, the Conservative government announced that the reforms will be abandoned, with CRC contracts terminating in Spring 2021. The failings of TR have been all too predictable. Research on probation’s organisational culture and values has consistently demonstrated that staff enter the service to work with people, to help individuals desist from crime. The profit-motive that was central to driving performance in probation under TR contradicted professional values that have been built on an ethos of public service. Many staff resigned in protest when TR was imposed upon them. The decision to split the service also created significant tension between staff who remained in the public sector and those allocated to the CRCs, such that Her Majesty’s Inspectorate of Probation have described the service as ‘two-tier and fragmented’.

Perceptions of CRCs as inferior to the NPS have impacted caseloads in the former, with the courts allocating fewer offenders to private sector providers than the Coalition government promised. The effect has been a squeeze on CRCs’ finances, which has been worsened by poorly designed Payment by Results contracts that the National Audit Office has described as ill-suited for probation services. Commercial and contractual pressures meant that a £342m government bail-out in 2017 could not spare two private providers with a combined responsibility for eight CRCs from falling into administration. And yet, while CRCs’ caseloads have been lower than anticipated, workloads for individual practitioners have increased, as many staff were made redundant. Telephone supervision now accounts for 40% of all ‘meetings’ between offenders and private providers. Indeed, there should be little surprise at the Justice Select Committee’s conclusion that morale in probation is at an ‘all-time low’.

Despite the evidence against private sector involvement in probation, the Conservative government retained an ideological commitment to a ‘mixed market approach’ for probation services. While 11 realigned NPS regions will resume responsibility for the day-to-day management of all offenders, the intention is for private sector ‘Innovation Partners’ to continue to deliver certain services when the TR contracts expire. These services include Community Payback, in which offenders are required to perform unpaid work in local communities; and Accredited Programmes, interventions typically delivered in groups which aim to change the thinking, attitudes, and behaviours of offenders. The NPS will be required to purchase these interventions from the market, spending an estimated £280m per year.

The problems that have blighted market involvement in probation services are likely to re-emerge. It is not yet clear if the practitioners responsible for Community Payback and Accredited Programmes will be shifted to the private sector or whether they will remain in the employ of the NPS and their services subcontracted. This important detail could have a significant impact on working conditions for those delivering the services if, as with TR, staff are made redundant. Likewise, attempts to re-forge a shared culture between NPS and CRC staff who have been allowed to drift apart will not prove easy. This could mean that relations between NPS staff and those delivering services on behalf of the private sector will continue to be strained.

However, it should be noted that these plans were drawn up when the Ministry of Justice was under the stewardship of David Gauke, Theresa May’s final Secretary of State for Justice. A change of leadership has brought a marked change in approach: under Boris Johnson’s leadership, the Conservative manifesto for the 2019 General Election promises to ‘toughen community sentences’ whilst expanding privately-managed electronic monitoring. These developments are likely to be welcomed by profit-driven private providers, as the growth of a commercialised criminal justice system that fails to rehabilitate offenders is in their interests. At this critical juncture in the probation service’s history, it is worth revisiting the words of Fergus McNeill, Professor of Criminology and Social Work at the University of Glasgow, in response to the announcement of TR in 2013: ‘rehabilitation is best thought of as being everyone’s concern and no-one’s business’.

The next government should learn from the mistakes of the past five years, ensuring an adequately funded and sufficiently staffed probation service that is free from market logic that prioritises profits over people. But, more broadly, the public sector needs to be properly resourced if the probation service is to realise its potential as a rehabilitative force that protects the public. This means fighting for an end to the ruinous politics of austerity, which has gutted probation and the public services it orbits, such as prisons, healthcare, housing, and welfare benefits. The campaign for better probation services, then, does not end with the probation service.