A Royal Mail worker speaks out about privatisation 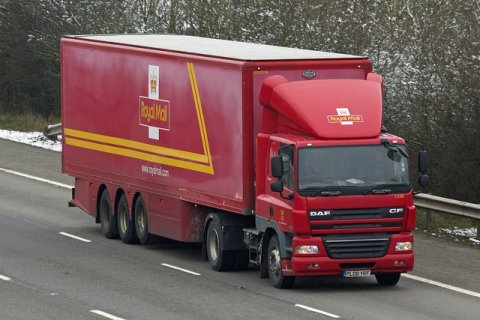 Roy Mayall (pseudonym): author, postal worker and blogger writes about the the Royal Mail and its descent into privatisation.

Agree with every word . I have been a postman since 1984 but no longer do deliveries , but when I did it was my favourite part of the job , even in the rain snow and cold it was great being out on my own . What has happened now to delivery staff is nothing short of a national scandal .

I am not an idealogue but this article to me has a very clear ring of truth.

The competition rules that you mention are not an EU (although they are in EU law) they're a WTO rule.

Essentially, if you want to be able to compete in an area of someone else's industry you need to open that up yourself, you also need to separate state from the company so that it is not state subsidised.

Of course it should be publicly owned.

Complete no-brainer. Royal Mail should never be in private hands. And don't get me started on the NHS!

How interesting to hear the actual experience of a postal worker. I was led to believe in the 60’s that mechanisation and computerisation would lead to shorter working hours, easier days and a more leisured life. Instead we have longer working hours more stress trying to do the jobs of several people and loneliness and depression are becoming norm.The postal worker delivering is often the only human contact many people have.

I despair of the politicians and business magnates who we have who have very little thought or care for the welfare of the working population. In all “public services” the first thing to be “adjusted” is the pension scheme. Look at teaching, working longer for less, fire services, it seems that only services that are absolutely needed like policing and minimum health care. Interesting that money can be found for these areas.

Britain has the longest working hours, fewest holidays, maternity/paternity leave and a failing education and health service. It is no surprise that they want to destroy an historically efficient postal service. I think it is called asset stripping, sell the good bits off to the highest bidder and wring your hands over the unprofitable poor service that is left struggling under constant criticism and lack of funding. Unless of course you can pay for a better private alternative. Most of us can’t do that, it is usually for the lucky few who have made money not working in the “public sector”. You can’t get teachers even with golden handcuff deals, they do their time and leave for easier better paid jobs. They can’t take their pensions if they leave early now.

Please can we have the same deal that the self serving career politicians have, with increasing pensions, wage rises, food subsidies, travel expenses and second homes? I think postal workers as the backbone of the should be entitled to the same.

Our so called society is failing and falling into misery, working people having to go to food banks to eat. Unexpected expenses putting them into the hands of extortionate lending companies.

The future promised much better happier lives yet we have more stress and misery than ever before. I am glad I am older now, better educated, happier, retired. I have enough money to live on comfortably. Why aren’t there more people like me instead of the unhappy, unrewarding lives that seem to be resigned to? I see a deteriorating future or a revolution for humanity.

I left after 10 years off service. Genuinely enjoyed the job for best part of 5 years before the privatisation nonsense started. My experiences over the last 5 years of service steadily declined to the point it became unbearable. Between ATOS, OH Assist, bullying & harassment charges, impossible targets, threats, unpaid wages, challening integrity in relation to the 3.1 process were amongst some of the issues I faced on a daily basis. I no longer recognised the career I joined. It's a horrible place to work now, I pity every poor soul that has to endure working for Royal Mail. The greed and nastiness has ruined the good nature. The pressure and covert increase of workload such as all year lapsing, increased D2D, longer working hours without pay, threats regarding wilful delay, holidays and arrogant acting managers have in my view destroyed this once great place to work. Thank God I got out when I did.

What is interesting we now have planners back in the office so all the walks should be fair and take you to your time, so now what happens with lapsing, interesting seems though wool pulled over your eyes again or RM back into the public hands of they keep giving us more and more i know for a start my legs can't take much more.

Ive said the same thing to my work mates since all this started but my workmates just can not seem to see it. I was begging to think I was the only postie to recognise that the company are getting D.O,M.s to fill us with bull.

I've worked as a postie for nearly 25 yrs and I used to know all my customers, since privatisation and repick I know about 20 people, because I haven't got time for customer relations (as they used to call it). I hate the job now but need the money otherwise I would be away!

Oh while I remember in the last year 2017/18 1284 royal mail workers were pensioner off through sickness, of them 1224 were posties, surely that says something doesn't it?

The philosophy in RMG has been "work harder, work faster, for less" ever since the beginning of the restructuring. Staff now routinely do not take their entitled meal breaks, work unpaid overtime and live in fear of losing their jobs. Any company that routinely issues "attendance warnings" to people who have been injured or become sick...

I have been at royal mail 16yrs and really enjoyed it when i started and each day when i finished work i still had the energy to go out running but these days i am working harder and the job has become very stressful we dont even have time for a proper break or to have a chat with customers out on the round. 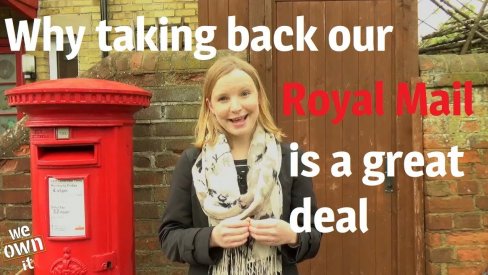 Why taking back OUR Royal Mail is a great deal 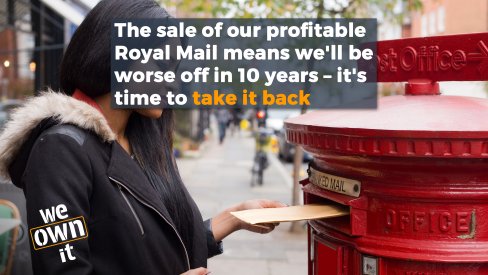 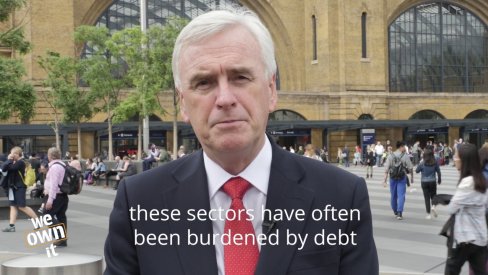 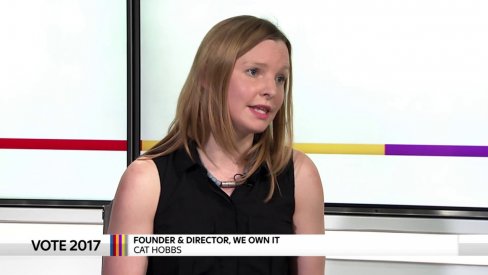 Could the postal workers take back Royal Mail?