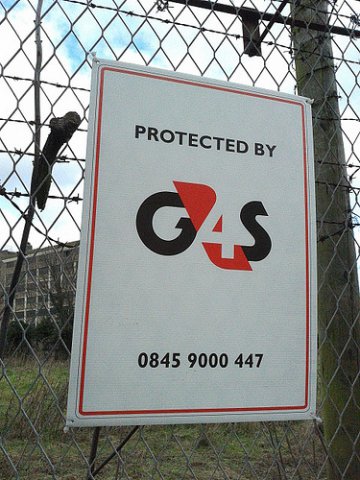 Jonathan Gray is the Director of Policy at Open Knowledge. This article was first published in the Guardian.

The past few months have seen a significant backlash against government outsourcing and the privatisation of public services.

A series of high profile controversies around outsourcing giants such as Atos, G4S and Serco have shaken the public’s faith in politicians’ claims that privatisation gives citizens a better deal.

While its advocates continue to argue that outsourcing leads to increased competition, greater efficiency, reduced costs and better public services, citizens are currently deprived of the evidence that they’d need to be able to evaluate whether or not this is true for particular contracts.

Unfortunately it is very difficult to know what actually happens with a public contract unless you are the contractor or the budget holder as the paper trail of documents surrounding most outsourced projects are shrouded in secrecy.

While we may know basic details about the total budget and who the contractor is, the public cannot usually access more detailed data about bidding, cost and performance – information that is needed in order to tell whether or not it was money well spent or a job was done well.

Freedom of information rules that apply to public sector bodies do not apply to private providers of public services – leaving citizens in the dark.

That’s why we are calling on governments around the world to give citizens the information they need to hold contractors to account. The Stop Secret Contracts initiative asks governments to open up information around public contracts so that citizens can see how public money is spent and what it buys for them.

We think that public bodies and private contractors should be mandated to disclose essential information about public contracts, including the full texts of contracts, bid documents and information about contract formation and performance evaluation. At the moment we’re supporting local campaigns around Berlin’s new airport (so far three years overdue and six times more expensive than planned) and a major new infrastructure programme in Brazil.

Contrary to decades of political support for privatisation, an increasing number of researchers and campaigners are arguing that outsourcing does not give citizens the better deal that its proponents said it would.

The recent crisis of confidence in government outsourcing has fuelled widespread calls for renationalisation and a revival of public ownership of essential public services and infrastructure – including health, utilities and transport systems. Recent polls suggest that moves to renationalise are supported by the majority of the British public and Labour are debating whether to renationalise the railways ahead of the 2015 general election.

Meanwhile, public sector bodies continue to heavily depend on bringing in private contractors to deliver public services. If recent reports are anything to go by there is little sign to suggest that the general trend towards government outsourcing (which has doubled under the current government) is slowing down.

Increasing transparency around public contracts would enable greater accountability around how public services are being delivered to citizens. And not just in relation to big contracts and services in headlines and political speeches, but across the whole gamut of government funded goods and services for citizens.

The current government has been keen to increase transparency around the spending and performance of cash-strapped public services, urging citizens to “join the hunt for government savings”. But they have been much slower to take measures to extend transparency to private companies in receipt of public money.

Opening up more information about government contracts is an essential step towards a broader, evidence-based public debate about the future of Britain’s public services. Until these asymmetries in information are addressed, all the public have to go on are politicians’ promises.

Photo used under Creative Commons licensing, thanks to ell brown.