Severn Trent water: our money down the drain 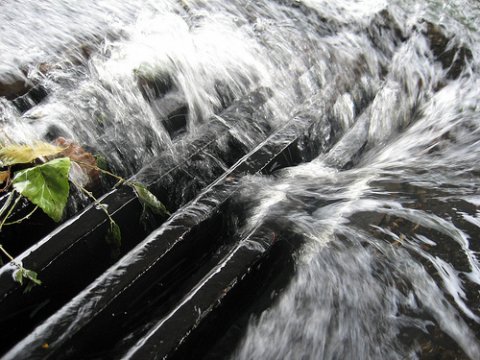 Stephen Struthers from the We Own It team makes the case for taking control of our water.

Earlier this week, one of the UK's biggest water companies apologised to Tamworth residents after a sewer flooded outside their building.

“Severn Trent have done nothing about it and it’s a really bad health risk, we can’t even open our windows,” said a resident.

Severn Trent water is an example of how the privatised utilities waste time and money on shareholders, putting them first, and giving no thought whatsoever to the interests of their service users.

This company recently spent £19 million during a four week period on external advice to help rebuff an informal takeover approach from a consortium of a consortium of Canadian, British and Kuwaiti infrastructure investors.  That is almost 9% of last year's pre-tax profits, and will, inevitably, end up reflected in water bills for service users. And where were the customers while this is was going on?   Well, nobody thought to ask them as their role after all, is just to pay the bills. Severn Trent’s  slogan is "Your water - safe in our hands." As someone said "We've got your water, it's in our hands, you have to pay us for it!"

This is a prime example of the sort of short-term, wasteful expenditure on financial engineering that private sector companies engage in to secure the best return for their investors. If some want to do this, so be it. But companies running monopolistic public services shouldn’t have this freedom, because water customers can’t switch supplier. Which? magazine calculates that more than £1 in £4 of the average water bill in England from the privatised water companies goes on profits and returns to investors, many of which are overseas. Water companies are attractive to investors because they are monopolies operating in regulated industries with a constant demand for their services, a reliable income, and low risk. After all, what government is going to allow the taps to run dry?

Wouldn’t it be great if this financial investment was real investment in stopping leaks, keeping sewage in sewers, and building for the future? If the public can take control in Paris, why can’t we do it here?

Photo used under Creative Commons licensing, thanks to Hannaford.