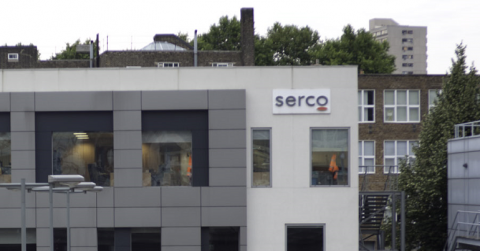 The past few months have been difficult for us all. We need an effective contact tracing system so that we can be reunited with our loved ones while keeping the virus under control. However, the government has put us all at risk with by its decision to outsource this crucial service in England to Serco - a private multinational with a history of failing to deliver the public services we deserve.

A leaked email from Serco’s chief executive recently revealed that the company wants to use this new contract to ‘cement the position of the private sector’ in our NHS. We cannot let them get away with it. We need to scrap Serco and take back public control of contact tracing to protect our NHS now.

It is one disaster after another with Serco

It has been less than a month since Serco were awarded this multi-million pound contract and already there have been a series of unforgivable mistakes. NHS nurses have accused Serco of wasting their time after staff could not log on to the contact tracing system. Serco was also forced to apologise after it accidentally shared the private email addresses of almost 300 contact tracers.

Serco’s failure to properly train staff and provide accurate data is stopping our local authorities from being able to protect us. Local figures in Greater Manchester complained that most of the information they received from Serco’s handlers had to be sent back ‘because the data was so rubbish’. There are also concerns that not enough people are being contacted for contact tracing in England to be effective. Meanwhile, an urgent investigation has also been launched into a private company hired by Serco, after they were accused of not following social distancing rules in their call centres.

Serco has a history of failing our NHS

None of this is surprising. Serco’s terrible track record is proof that it should never be allowed anywhere near our NHS. Serco has previously been forced to pull out of a contract to provide out-of-hours GP services after the company falsified NHS data 252 times. It was also revealed in 2018 that Serco provided just one hour of training to staff working on a breast cancer screening hotline.

We all know Serco are a disaster, so why were they given control over our health?

Good question. Some tracing of Serco’s own contacts reveals that they have a lot of friends in high places. Serco’s current CEO is the grandson of Sir Winston Churchill and the brother of former Conservative MP Sir Nicholas Soames. Current Conservative MP and junior health minister, Edward Argar, also used to work for Serco.

The government has also brought in Baroness Dido Harding to chair the programme, despite Harding’s role as the head of TalkTalk during the 2015 hacking scandal, when over 150,000 customers had their details stolen. This raises major concerns given the need to protect our private data as the contact tracing scheme is rolled out.

Scotland and Wales said no to privatisation

But while England’s way out of lockdown has been sold off to Serco, Scotland and Wales have decided to keep control of their contact tracing operations. This decision has protected them from the multiple disasters already caused by Serco’s handling of the system in England. The results from a local in-house contact tracing service in Wales further show that our healthcare services must be run in the interests of the public, not private profit. The council’s scheme has been credited with turning Ceredigion into the safest county in mainland Britain.

The success of this Welsh in-house service proves that when local communities are given control over their response, the virus can be controlled. Public health experts have criticised the government’s centralised and privatised approach to contact tracing in England and called for local authorities and public health experts to be given control instead. This has been echoed by local councillors who know that local expertise - not private logic - is what is needed to protect public health.

Over the last few months we have seen the power that our local communities have when we come together and organise. Mutual Aid groups and local charities across the country have ensured that the most vulnerable among us have been protected and supported throughout this crisis. We must continue to work together to protect our local communities and control the virus as we move out of lockdown.

The health of the nation should never become a commodity. It belongs to the People!

Public ownership makes for a better service, where profit is not an issue.

My stepson was working in a school bubble in a primary school in Norfolk. He is employed through an agency called Teaching Personnel in Cambridge.

He was texted by the agency on 14th June to say one of the children in his bubble has a parent diagnosed with covid, the bubble is suspended. He rang 111 and was told to ring 119. An unhelpful phone call ensued. He was told he could NOT have a test without showing symptoms. He was given NO ADVICE about self isolating. What is the point of having bubbles if nothing is done when someone in the bubble is close to a covid sufferer as in this case? What's the point?

It’s a sad reflection of this site that wholly inaccurate information is being reported as fact... and the story badly manipulated to support an ideology. Even elementary research will show you that weownit have no idea of how Test and Trace works and who is responsible for doing what. It is a public run programme, by Public Health England. Any system access issues have absolutely nothing to do with Serco... it’s not their system. The outsourced element is only the most basic contact tracing, more complex work is done by clinically trained staff. Both Sitel and Serco have recruited tier 3 agents for PHE, supplementing these public sector teams, but they have no role in creating data, PHE provide the data... and are the data controller... information is also being processed by the Department of Health and Social Care, and the NHS Business Services Authority. The private sector role is simply to contact the people they are asked to... by PHE... and establish close contacts. 15 minutes of research could have clarified this, but I suspect as this information... all in the public domain... does not support weownit’s narrative hence, they’ve considered it better to simply make stuff up. I hope they are shamed into correcting their stories... for an organisation that spends a lot of time talking about accountability, perhaps they will live by the standard they demand of others. I’m not holding my breath though!

It's not clear who has responsibility for what under the new track and trace system, with Professors leading their own investigations into who is running what parts. https://twitter.com/colinrtalbot/status/1275785249134456832

However a Doctor working in the system have both testified to the fact that it's not working, and that there is significant private involvement which fragments the system. https://www.bmj.com/content/369/bmj.m2471

The article linked does refer to the fact that 'Local contact tracers will sift through and handle the cases referred in by the central Serco-run phone bank, set up by the government.'

So while data handling may not be Serco's remit, we still believe we should have an integrated local public health and NHS led contact tracing response, without Serco involvement.

We hope that this was helpful!

The We Own It team