Victory! Probation to be brought into public ownership! 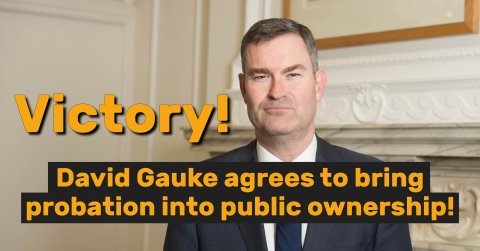 Over the past two months, you've kept the pressure up, pushing and pushing the government to end the disastrous privatisation. Now you've succeeded.

To celebrate, here's a brief overview of this incredible campaign:

This couldn't have happened without you. Your actions have forced the government to reverse one of its most damaging privatisations.

The campaign also couldn't have been successful without the help of the coalition of organisations that came together to fight it. A massive thanks must go to UNISON, NAPO, GMB, Compass, Transnational Institute and New Economics Foundation.

To help keep powerful campaigns like this running, please consider making a small contribution to We Own It.

Swimming in UK's polluted waters could lead to respiratory infections

Plugging the leaks in the UK care home industry