Voters want public ownership by a ratio of 4:1 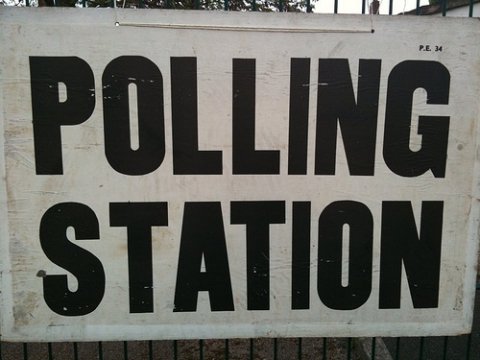 As party leaders enjoy increased approval ratings, a new poll suggests they could boost popularity further by embracing public ownership of public services. The poll, carried out by Survation for campaign group We Own It, suggests that a policy in favour of public ownership would positively affect voters by 4:1. 46% of voters would be more likely to vote for a party promoting public ownership instead of outsourcing and privatisation by default and only 11% less likely. (43% said it wouldn't make a difference.)

We Own It is a new campaign group which is calling for public ownership to be the default option for public services. The group is campaigning for a Public Service Users Bill to give service users a voice in the process of contracting out and selling off public services. The Bill would require local and national government to look at public ownership best practice before outsourcing or privatising services. This would mean that the public would be consulted before the Royal Mail was sold off, or before railway services were contracted out, for example.

The poll, carried out by Survation for campaign group We Own It, asked 'If a political party announced a plan to end the privatisation / contracting out of public services by default, and take more public services into public ownership, would that make you more or less likely to vote for that party, or would it have no effect?'

Photo used under Creative Commons licensing, thanks to sofiagk.

The ludicrous notion f the market right or wrong has been a proven disaster time and time again privatised rail fiddling figures toget un- earned bonuses crippling price increases for all the utilities leading, nbot to more investment but to huge bonuses for management worse service for customers and unadmitted cartel style price fixing trapping people in poverty tht is before you considerprivateised former defence establishments making multi-millionaires out of managers overnight while dramatically increasing the costs of defence work for the taxpayer time and time again governments have allowed profiteering the next absurd example is privateising search and rescue,not only a superb service for end user but one which provides te armed services with excellent traning opportunities.now tye service will cost more(other than the renewal of aircraft the service will have to make a profit it will only do so pay paying providers more than the cost of the service pathetically short sighted as is the privatisation of so many health services