We can't afford half measures when it comes to public ownership 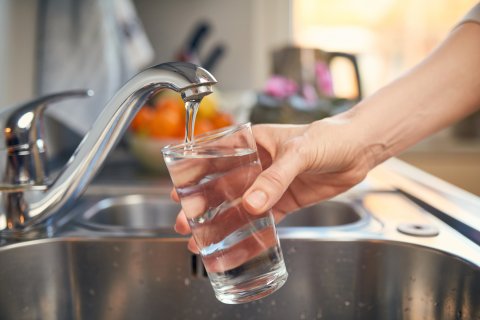 Successful public ownership means democracy, accountability and transparency. Nothing less will do.

A few weeks ago, we worked with Alex Sobel MP to table a historic EDM for public ownership of water. It has been signed, at the time of writing, by 35 MPs from across parties: Labour, SNP, Green and Independent.

Is your mp one of them?

One Labour MP (John Grogan, representing Keighley) has tabled a series of amendments to the EDM, praising Welsh Water, calling for an independent regulator, and advocating a ‘mutual’ model of ownership and for 'fair market compensation' to be paid to shareholders. I want to thank John Grogan for his input, but respectfully explain why we don’t support these amendments.

MPs are of course free to support the amendments and indeed to add their own, but I encourage them to sign the full EDM as it was originally tabled, for these reasons:

Amendment 1: "after 'English bills', insert '; notes the success of Welsh Water run by not-for-profit Glas Cymru which has the highest credit ratings in the industry'."

Welsh Water is a private, not-for-profit company. It’s not publicly owned, nor is it a cooperative. It is run by a board, who are appointed by previous board members - not elected. They meet once a year, and they are specifically not allowed to represent any ‘group’ interest, like workers, or the community. The CEO of Welsh Water, Chris Jones, is paid £600,000 a year, and he has been in post since he formed the company in 2000, and other directors receive similarly high levels of pay.

Welsh Water does not make any profit for shareholders - all their surplus is reinvested into the service. That's fantastic, but just because Welsh Water doesn’t have shareholders, doesn’t mean that it is acting in the best interests of the people who pay for water. The public has no say over the running of the company. Public services should be publicly owned - so that our bills aren’t going to the pockets of shareholders or overpaid directors, but also so that we get a say over our essential services. We can do better than this.

Mutual trusts are a form of cooperative ownership. They work well for certain things, like supermarkets for example: John Lewis and the Coop are both large UK mutuals. However, they’re not ideal for public services.

They’re not accountable to anyone but their members, and there’s nothing to stop them paying executives huge amounts. They're also at risk of reprivatisation - it only takes one generation of board members to agree to sell to a private buyer, and our water company would be lost.

Amendment 3: "at end add 'with an independent regulator as in Scotland and Wales with fair market compensation paid to shareholders protecting pensioners and workers.'."

Pension funds are a small fraction of water shareholders

Of course, we have to protect pensions when we take control of our water - but this isn’t as big a deal as this amendments might lead you to believe. UK pension funds currently account for only 3% of shareholders of UK stock exchange companies.

Mr Grogan has argued that we need to pay ‘fair market compensation’ to shareholders. But the ‘market value’ of the companies is based on the super-profits they are extracting at the moment. Paying the market value would mean giving them enough money to continue enjoying those profits forever.

The actual money invested by shareholders is far less than that ‘market value’. And as a general rule, we should not be paying any compensation to shareholders who have done nothing but generate debt that the public will have to deal with. That seems fair to us - but water company shareholders will have a very different idea of fair.

This seems like an unhelpful amendment to add in the context of this debate. After all, Parliament can decide how much compensation to give to shareholders, and what counts as ‘fair’.

Wales doesn’t have an independent regulator

Mr Grogan refers to the independent regulators of Scotland and Wales. To clarify, Welsh Water is regulated by Ofwat, just like the English companies. Scottish Water is publicly owned and does have its own regulator at the moment.

Ofwat has completely failed to adequately hold private water companies to account and has allowed them to get away with creating huge amounts of debt, paying incredibly high dividends, and other financially irresponsible behaviours.

However, when we bring water into public ownership in England (and Wales), Labour’s plan would see Ofwat disbanded, and the regulatory function transferred to local councils, and part of DEFRA. This change would mean local people would be able to directly affect things like the price of water through their democratically elected local councils. The Environment Agency will continue to regulate the environmental impacts of water companies.

I want to encourage MPs who want to see true public ownership, which is accountable to the public as a whole and not a small subsection of it, to sign the original EDM.

Ask your MP to sign the EDM by using our template email - it takes 2 minutes!

As water is the second most necessary element to keep us alive it should be publicly owned and not used to make profit.

Can you sign the document for public ownership of the water companies,

One Labour MP (John Grogan, representing Keighley) has tabled a series of amendments to the EDM, praising Welsh Water, calling for an independent regulator, and advocating a ‘mutual’ model of ownership and for 'fair market compensation' to be paid to shareholders. I want to thank John Grogan for his input, but respectfully,

I don’t support these amendments,

I would like you to sign the original EDM and make them accountable to the public as a whole and not a small subsection of it,

Privatisation results in loss of control, loss of ownership and loss of accountability with privatised companies being loaded with immense corporate debts to obtain corporate acquisitions and generate vast profits from poor customers.