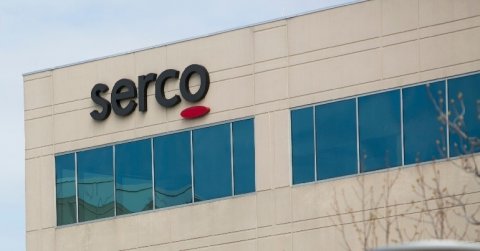 Over 100 public figures have signed a letter to Matt Hancock demanding to see Serco's contact tracing contract, as well as all test and trace contracts made with private companies.

More than 100 public figures have written to Health Secretary Matt Hancock demanding he publishes the contracts given to Serco and other private companies for the test and trace system. The list of signatories - comprising academics, doctors, public health registrars, and trade union leaders - includes high profile figures in the field of public health John Ashton, Anthony Costello and Allyson Pollock.

The letter can be found below:

A comprehensive test, track and trace programme is vital to get out of lockdown safely and protect lives.

According to the Treasury, £10 billion of public money has been allocated for spending on the Test and Trace system in England, yet only £300 million additional funding has been offered to local authorities across England to support the system.

This leaves over £9 billion of funding unaccounted for, of which some will be spent on contracts to Serco, Sitel and Capita. However, the value for money and effectiveness of these contracts is not known. McKinsey is reported to have been asked to review the contact tracing service, following several media reports of the system not working well.

We believe that it is essential for the public and the wider health community in the NHS and local government public health teams to have a better understanding of these contracts, and write to request that the government publishes

I'm a retired oncologist. I see excellent advice about how to deal with the current emergency from Devi Sridhar, Allyson Pollock, Anthony Costello and others, but ignored by the UK government. Thankfully it is heard in Scotland and we may yet eliminate the virus here and in Ireland.

Local expertise is way matters. Not exploiting the situation to further enrich this kleptocracy.

Time is running out for this Government to put right the public health response to this pandemic . Time for local public health teams and primary care to take back control and

Of course our government inner circle of MPs thinks the removal of democracy, like in Hungary, is more valuable than the life and death of its citizens. Democracy is already suffering as are many of the government's citizens. In Australia there is a new upsurge in coronavirus (trashing a near elimination) when a private company was given the running of a quarantine locality. Not only did the private staff get infected but they proceeded to go out into the city to enjoy themselves

Hi Frances, Can you send a link? We'd love to see this!

My issue is simple, why as a nation are we not incensed by the flagrant misuse of public funds given to the private sector, instead our media is full of a 'Migrant Crisis' in the English Channel. This media bias is brainwashing UK citizens, they are refugees not migrants. Humanity is now looking like a long lost ideal.

Making this and similar Government decision making and spending on profit focused companies public knowledge is the only way to force change. I applaud all of you and am immensely grateful to all those who wrote and signed the letter.

I have been so horrified by story after story of misuse of the public purse. Clearly the moral compass has been seriously lost . Thank you so much for putting up a resistance. I realise it's hard work!! Of course local councils are more efficient than a million sercos, they care about their community.

What do we have to do to halt the Tory rampage.

This is blatant corruption on a massive scale. Where are the investigative journalists who should be chasing this, instead of creating and perpetuating scare stories about 'migrant invasions'?!

It's a scary time when now we find ourselves witnessing the blatant mishandling of public funds,while our health and our livelihoods are bleeding out with nothing but sticky plasters to hold our wounds together.

What can we do? We need answers. These people should be accountable for the decisions they are making without real solid reason or rhyme!!!.