Why we need a publicly owned drugs manufacturer 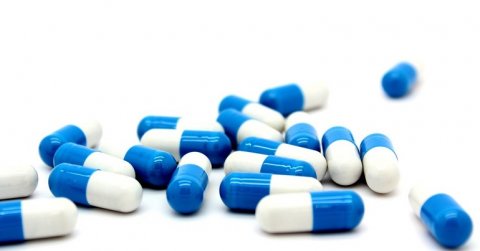 The 24th of October was a day for celebration and reflection for cystic fibrosis patients and their families across the country as it was announced that the medicine Orkambi would be made available on the NHS in England. At long last, patients who had waited four years for this news would be able to access this important drug - including the children of those who had been leading Just Treatment’s Plan B on Orkambi campaign.

Yet in the years it had taken for Vertex to offer a fair and affordable price to the NHS, hundreds of patients who might have benefited from their drug died without access. While Vertex raked in billions of dollars in profit and binned thousands of packets of Orkambi which could have been used by patients, families endured an agonising wait.

The situation with Orkambi demonstrates just how badly our medical research and development (R&D) system is failing patients. Private companies like Vertex are granted patents to help recoup R&D costs - yet increasingly they are abusing their monopolies, holding patients and healthcare systems to ransom to extract the largest possible financial gain.

There are ways the government can challenge this form of corporate greed - a legal tool called a Crown Use licence can overturn a company’s patent on a drug and allow cheaper, generic copies to be used on the NHS. Our Plan B campaign forced the government to admit they had a moral obligation to use this tool, and the leader of the opposition committed to using a Crown Use licence should Labour be elected into government. These threats to their monopoly profits dramatically raised the pressure on Vertex.

Alongside the efforts of hundreds of families across the UK we won the campaign on Orkambi, but we need to start thinking differently about how our medical innovation system works to prevent these situations in the future. Creating company controlled monopolies as a way to incentivise drug innovation is not working. But there is another way.

Instead of companies being rewarded with monopolies, we should pay for innovation up front through prizes and grants, allowing the public to own the rights to the resulting products. Large amounts of public and philanthropic money already go into early stage drug development, but right now we’re not seeing the benefit in terms of lower drug prices - it’s time to take control of the research we pay for.

This innovation model is known as delinkage, and was contained in the new Labour party policy paper alongside a proposal to create a publicly owned drugs manufacturer. This would allow the UK to produce our own generic drugs for use on the NHS. As radical as this may sound, neither is it a new nor a revolutionary idea; Sweden’s state-owned pharmaceutical manufacturer, APL, has been operating for 40 years; Brazil and Thailand have both produced HIV drugs through publicly owned manufacturers; and a state-owned manufacturer in Poland currently produces human insulins.

So while new battles loom on the horizon over highly priced drugs that the NHS will struggle to afford, we are proposing a different path - one which would deliver for patients, for taxpayers, and for our NHS. Where health is concerned, private profit should never be a barrier, and if companies like Vertex are able to stand in the way of access to medicines then we need to challenge the status quo. With the power of patients at the forefront we know we won’t only challenge it - we’ll win.

Find out more about Just Treatment.

this is the way forward to save the NHS