Channel 4: a fantastic asset for the country

From Come Dine With Me to Countdown, Gogglebox to Father Ted, publicly owned Channel 4 has kept us entertained and informed since 1982.

Documentaries like Dispatches have opened our eyes to new perspectives, while comedies like Peep Show have kept us laughing and given exciting talents their big break.

Channel 4 belongs to all of us

This success is linked to Channel 4’s public service broadcasting remit – producing innovative and quality content. Many people do not realise that Channel 4 is publicly owned. It is commercially run which means it funds itself through advertising and doesn’t cost us a penny. In fact, Channel 4 makes up to £2 billion for the economy each year. Profitable and high quality – what’s not to like?

“Of the £938m revenues we made last year, £600m went into content, and £430m of that into the British creative sector. That, for me, is a fantastic asset for the country." David Abraham, former Chief Executive of Channel 4

While there is nothing wrong with commercial channels like Channel 5, Channel 4 offers something unique. Channel 4’s public service mandate means it must be innovative, stimulate public debate, reflect the UK’s cultural diversity, nurture new talent, and champion alternative points of view. This is a big responsibility and has been really successful, making Channel 4 extremely popular with young people and minority audiences. The likes of Channel 5, on the other hand, don’t have to worry about all this, which can be seen in the graph below.

In 2021 Channel 4’s revenues hit £1 billion, a 19% growth from 2020. It reported a £74 million pre-tax surplus and net cash reserves of £201 million. A substantial portion of Channel 4’s growth has come from its digital revenues which are projected to rise by 32% each year, beyond its target to double digital viewers and make digital advertising 30% of all revenue. All this at no cost to the taxpayer and without Channel 4 requesting an increase on its borrowing limit.

The risk of privatisation...

During the past year, Channel 4's free, representative and high-quality programmes have provided vital information and entertainment for all of us in our homes each night. But now the government is launching an attack on the beloved broadcaster.

Oliver Dowden, former Culture Secretary, set his sights on privatising the channel and now Nadine Dorries is looking to follow in his footsteps. The privatisation of Channel 4 would see profit prioritised over public service, opening the door to big corporate buyers. Some of Channel 4's greatest hits have been ones that all the commercial channels turned down as 'too risky'. There are many more cultural gems that will only see the light of day if the broadcaster remains in public ownership.

Ernst and Young’s reporting projects that privatisation risks a 35% drop in regional jobs dependent on Channel 4.

In 2020, Channel 4 produced 58% of its content in the nations and regions outside London and has committed to spending 50% of its budget outside of the capital by 2023. This spending includes revenue for independent production companies in the nations and regions, which in 2019 received £189 million from Channel 4. In this sense the Channel 4 model plays a unique role in the UK’s broadcasting ecosystem working with more independent producers than any other broadcaster, with around 140 small businesses reliant on Channel 4 for more than half of their production revenue.

This is particularly crucial to the existence of small businesses outside London, with as many as 60 production companies projected to be put at significant risk under a private ownership model.

Channel 4’s headquarters in Leeds and its creative hubs in Glasgow and Bristol make significant contributions to local economies and should be retained under public ownership as strategic assets for the levelling up agenda.

The campaign to protect Channel 4

60,000 people submitted responses to the government's consultation on the future of Channel 4, with a significant number of those warning against privatisation.

12,600 We Own It supporters emailed their MPs directly, calling for them to oppose the sell off.

In January 2022, we showed up at Culture Secretary Nadine Dorries’ office in London to send her a clear message - stop the privatisation of Channel 4! Our Open Letter has been signed by over 20 political, cultural and trade union leaders.

By February, senior Conservative MPs were calling for Boris Johnson to put a halt to these plans.

However, Nadine Dorries has doubled down on the attack, announcing that legilsation will be put to Parliament soon. Add your name to the petition and tell her: hands off Channel 4! 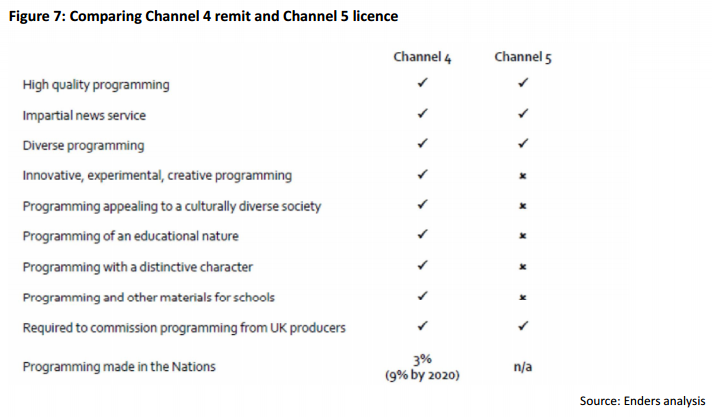 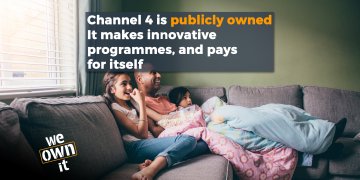 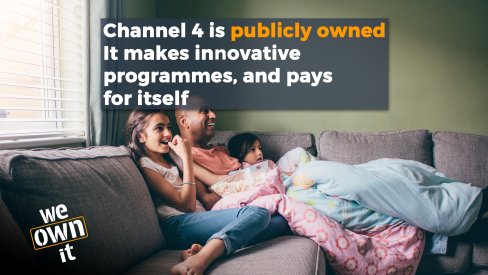 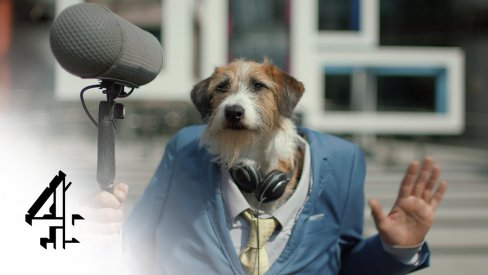