Take back our energy

60% of us believe energy should be in public ownership, but our energy system is mostly in the hands of private companies whose only interest is making a profit.

National Grid,which is responsible for the transmission and distribution of energy,is a private company - one of the largest ‘investor owned’ utilities companies on earth. British Gas was ripped from public hands and floated on the stock market in 1986, accompanied by the famous ‘Tell Sid’ advertising campaign. In 1990, all of the UK’s regional electricity boards were privatised. The Big Six energy companies (British Gas, E.ON, EDF Energy, nPower, Scottish Energy and SSE) now supply 77% of all UK households with electricity and gas.

The real prices of gas and electricity have skyrocketed by 13% and 67% respectively since the year 2000. Studies examining the UK energy market have concluded that electricity prices are 10-20% higher than they would have been without privatisation. Meanwhile, 13.4% of English households live in fuel poverty, and this is expected to increase dramatically once the energy price cap rise comes into effect.

Public ownership of energy would be a great deal for the public purse. By bringing the energy networks into public ownership, we'd save a massive £3.7 billion per year - enough to buy 222 new offshore wind turbines. This eye-watering amount, currently lining the pockets of high-salaried executives and shareholders, could be used to cut costs for families and make our energy network more sustainable. With energy prices soaring and private providers going bust, there has never been a better time for public ownership.

Energy should work in public ownership for people and planet, not profit - here’s how:

1) Introduce a new permanent windfall tax on oil and gas companies, at the same rate as Norway

Natural resources like oil and gas, wind, sun, hydropower belong to all of us if they belong to anyone. Research by Common Wealth shows that oil and gas companies have handed out almost £200 billion to shareholders since 2010. £20 billion is needed to keep household energy bills at their current level while prices are high - Shell and BP's profits since 2010 would cover that amount more than seven times over!

The UK has won nature’s lottery with oil and gas in North Sea, and huge potential for wind and hydropower. For every £100 Norway collects in tax on barrels of oil in the North Sea, in the UK we collect only £8. The whole world - including Norway - needs to stop drilling and switch to renewable energy to tackle climate crisis. But while we're allowing private oil and gas companies to operate, we should be taxing them at the same level as Norway, and using this money to invest in the clean, green, affordable energy of the future.

The UK should set up a state owned company to lead the way on renewables and tackle the climate crisis. This company can help deliver a just transition, where workers are skilled up to switch from fossil fuels to the clean, green energy of the future. Profits can be returned to the public purse here in the UK instead of flowing out of the country.

Other countries show us this is possible. The Norwegian state owns Statkraft, the largest renewables generator in Europe (which operates in the UK). Norway is considering setting up a state-owned hydrogen company. Meanwhile Denmark owns 50% of Ørsted (previously DONG Energy) which is the world’s largest developer of offshore wind power.

3) Bring the privatised monopolies of energy transmission and distribution into public ownership, saving £3.7 billion a year

The UK is the only country in Europe that has fully privatised its transmission grid (apart from Portugal, which was forced to privatise its grid after the financial crisis). National Grid is responsible for gas transmission across the UK mainland and electricity transmission in England. It’s a private monopoly that paid out £1.4 billion in dividends to shareholders last year - money that could have been reinvested back into the system.

A handful of privatised distribution companies also take the energy - gas and electricity - from the power stations to your home. Shareholders from around the world profit from these monopolies. If we brought our energy networks - transmission and distribution - into public ownership, we’d save £3.7 billion a year. This money could be used to bring down energy bills and/or to invest in renewable energy. It makes no sense to keep these private monopolies working for shareholders instead of the people of the UK.

4) Give people the option of a publicly owned energy supplier

Now is the perfect time to create a publicly owned supply company that people can rely on, working for the public not for shareholders. This company can make sure people aren’t ripped off, plan for fluctuations in global energy prices and invest in renewable energy. Research shows that prices are 20-30% lower in systems with public ownership. It’s hugely wasteful to spend public money rescuing private companies and getting nothing back. Creating a publicly owned energy supply company is an easy way for the government to provide a public option for people without having to buy out existing companies. 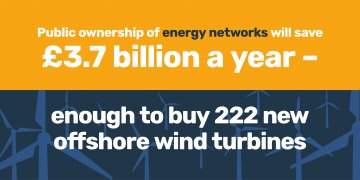 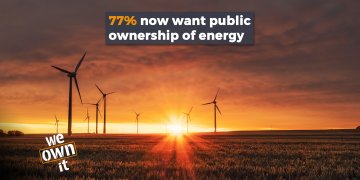 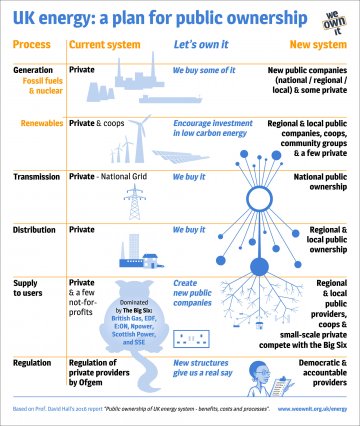 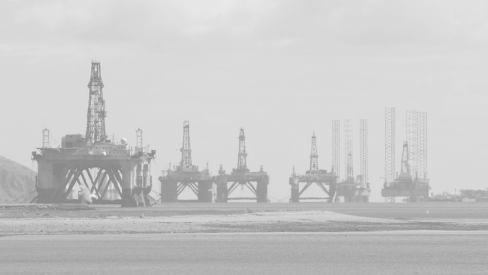 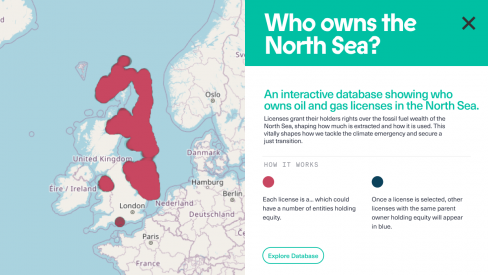