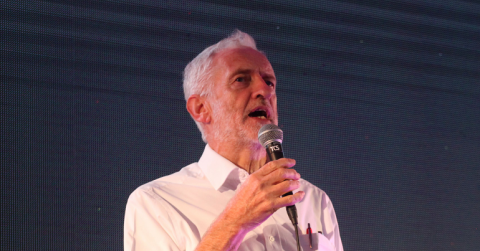 Our public services have been stolen from us. Now we can take them back.

We’ve scoured the Labour manifesto so you don’t have to. Here are 10 ways it promises to end 40 years of failed privatisation.

1. NHS - ending privatisation and protecting it from a Trump trade deal

“Every penny spent on privatisation and outsourcing is a penny less spent on patient care. Labour will end and reverse privatisation in the NHS in the next Parliament. We will repeal the Health and Social Care Act and reinstate the responsibilities of the Secretary of State to provide a comprehensive and universal healthcare system. We will end the requirement on health authorities to put services out to competitive tender. We will ensure services are delivered in-house and also bring subsidiary companies back in-house. We will halt the fire sale of NHS land and assets."

"We will ensure that all parts of the NHS, the treatment of patients, the employment of staff and medicine pricing are all fully excluded and protected from any international  trade deals."

2. Rail - bringing it into public ownership

"Labour will deliver improvements for rail passengers by bringing our railways back into public ownership, using options including franchise expiry. This will enable us to make fares simpler and more affordable, rebuild the fragmented railways as a nationally integrated public service, cut the wastage of private profit, improve accessibility for disabled people, ensure safe staffing levels and end driver-only operation."

"Labour will ensure that councils can improve bus services by regulating and taking public ownership of bus networks, and we will give them resources and full legal powers to achieve this cost-effectively, thereby ending the race to the bottom in working conditions for bus workers. Where councils take control of their buses, Labour will introduce free bus travel for under-25s. We will increase and expand local services, reinstating the 3,000 routes that have been cut, particularly hitting rural communities."

4. Water - bringing it into public ownership

"We will bring rail, mail, water and energy into public ownership to end the great privatisation rip-off and save you money on your fares and bills."

"We will put people and planet before profit by bringing our energy and water systems into democratic public ownership. In public hands, energy and water will be treated as rights rather than commodities, with any surplus reinvested or used to reduce bills. Communities themselves will decide, because utilities won’t be run from Whitehall but by service-users and workers."

"The supply arms of the Big Six energy companies will be brought into public ownership where they will continue to supply households with energy while helping them to reduce their  energy demands."

6. Royal Mail - taking it back

"We will stop Crown Post Office closures and bring Royal Mail back into public ownership at the earliest opportunity, reuniting it with the Post Office and creating a publicly owned Post Bank run through the post office network to ensure every community has easy access to face-to-face, trusted and affordable banking."

8. Probation - back in public ownership

"A Labour government will reunify probation and guarantee a publicly run, locally accountable probation service. Under Labour, probation staff and professional standards will once again be properly valued."

"Cutting thousands of prison officers has driven record levels of prison violence. A Labour government will restore total prison officer numbers to 2010 levels, and phase out dangerous lone working. We will bring PFI prisons back in-house and there will be no new private prisons. We will tackle the prison maintenance backlog and develop a long-term estate strategy."

Privatisation has failed again and again. Public ownership is incredibly popular and there are tons of successful examples in the UK and around the world.

They will say that the country can’t afford it,

Well the country couldn’t afford to go to war but it did,

The Tory’s have siphon money out of the economy for 9 years,

But know one said the country couldn’t afford to give the wealthy the tax cuts when people were dying in the hospital corridors,

And in the buildings that burned down,

The country can afford it when the wealth of the country is redistributed back to the people off Britain were it came from.

At last a true attempt to rid the country of spurious out for gain companies given our most wanted companies for investors and profits not run as they should be for the many not the few...