3 reasons Centene is bad for your local GP practice 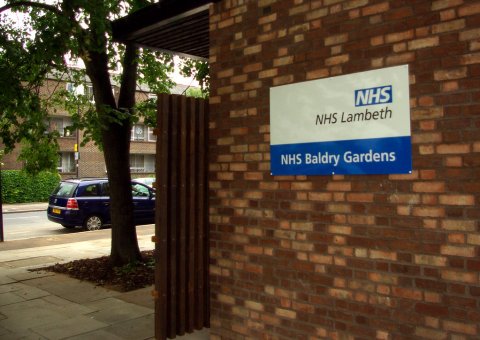 An American healthcare company, Centene, has just taken over 49 NHS GP practices. In addition to the 21 GP practices they already controlled, it is now the largest single private primary care provider in England, responsible for the primary care needs of half a million people.

And Centene's intention is to grow even further.

Here are 3 reasons why Centene running your GP is a terrible idea and why you need to oppose them now!

1. They’re in it just for the profit

We already know Centene is a deeply profit-greedy company. It has a clear track record in the US. Centene was found guilty by a court in the US state of Arkansas last year for systematically underpaying doctors who worked for them.

Centene was fined by the US state of Washington in 2017 for, by the company's own admission, not providing enough doctors to serve people it sold health insurance to. In 2018 Centene was the target of a class-action lawsuit for similar allegations.

Just this March, the company was sued by the State of Ohio for allegedly creating schemes “to fleece the taxpayer out of millions.” And just last week it was revealed that the state of Mississippi is also investigating Centene.

Centene's money-grabbing practices were so egregious the Attorney General of Ohio, David Yost, accused the company of  "Corporate greed" and said it tried to deceptively extract money from the taxpayer using complex schemes.

There is no reason to expect that Centene will not prioritise making money in their running of GP practices in our communities.

2. The quality of care you receive will suffer

When a profit-driven company like Centene is given a set amount of money to run a GP practice, its first thought is to find ways to spend as little of that money as possible, because the less it spends the more they can pocket in profits. That does not bode well for the quality of the care you end up receiving.

So it will skimp on the care you receive and they’ll skimp the pay and conditions of staff. And the company has a track record of doing just this. As was mentioned above, Centene was found guilty by a court of law of systematically underpaying doctors that worked for them. The company was similarly fined for not providing a sufficient network of doctors to people it sold health insurance to.

Moreover, as has been reported by healthcare outlet HSJ, Centene's UK subsidiary (the company directly responsible for the Uk GP practices) has been keen to introduce new models of care that cuts doctors out of healthcare by replacing them with non-GP staff.

And, of course, if Centene can't make a big profit from your local GP practice, it will more than likely close it like they closed down a GP practice in Essex in 2018.

"But GPs were private anyway, and the practices are going from private to private, right?" WRONG. GPs have always been people who worked in their own community and cared deeply about the communities they served and didn’t do it for the money. Their salary was regulated.

Read here about what changed in 2004 that allowed huge companies that are not run by GPs to apply to run clinical services and make huge profits. Centene is precisely such a company. It is a whole other ball game from your mom-and-pop GP practice or even from the larger GP partnerships that are normal in the NHS.

With Centene in control, your GP will become answerable to people who are making decisions based not on what’s good for you, but on what’s profitable for the company.

We have seen what happened with the Serco-run track and trace system during this pandemic. It’s been a disaster. We can’t have that at our GP practices.

I object to NHS Services being sold off or contracted out to cut services and not provide for the community, especially if they have proved to be inefficient elsewhere.

The NHS belongs to the public it serves it is not for sale.

No to selling off parts of NHS.

The NHS belongs to the public and is not for sale

This is an under reported scandal. This and other moves to take the NHS out of public control.

The NHS must always be free at the point of delivery. It should cater for our health and care from the cradle to the grave. This corporate takeover will undermine these basic concepts voiced in 1948, the year I was born. I‘ve enjoyed it’s protection and I‘d like to think future generations will continue to do so!

How did this sell off come about and which MPs or organisations allowed it to go ahead?

I have raised this with my local CCG in Gloucestershire and again today at a combined Patients’ Participation Group meeting. Nobody is taking it seriously and I know they now regard me as a Lefty stirrer. These are well educated people who are supposed to care about our health service. I despair.

We were promised by Johnson that the NHS was not on the table. Was that a lie?

The NHS is precious and should not be operated for profit.

The Tories were the only party to vote against the introduction of the NHS, all other parties at the time voted for. Thatcher set about privatising by stealth, it was called "out-sourcing" starting with cleaning services which results MRSA and consequent deaths.

"The plan commissioned by Thatcher and her chancellor Sir Geoffrey Howe included proposals to charge for state schooling, introduce compulsory private health insurance and a system of private medical facilities that “would, of course, mean the end of the National Health Service”."

The NHS and peoples health is not for sale. Americans are only in it for profit and do not value human life. Their quality of care is poor and won't help you if you can't pay. It is despicable that it is being silently being privatised.

I have worked for the NHS all my working life and am committed to opposing any move to its privatisation.