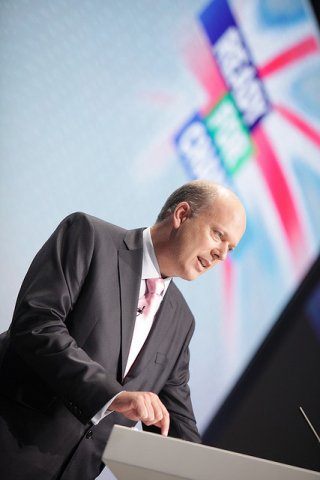 New poll results show strong support for banning G4S and Serco from running public contracts if found guilty of fraud. The justice secretary Chris Grayling has said they won't be excluded from the competition for privatised probation services, in which they are likely to be frontrunners. However, public opinion is very clear that all government contracts should be taken away if they are found guilty.

Grayling will allow G4S and Serco to bid for new Ministry of Justice contracts worth £800 million despite fraud allegations hanging over both companies. He says they won't be given the go-ahead until they have been audited. Shadow justice secretary Sadiq Khan says the two companies should be barred from bidding for contracts until they are cleared.

The polling on public attitudes, carried out by Survation for campaign group We Own It, asked the public what should happen if companies like G4S and Serco are found to have defrauded the taxpayer. 58% believe they should have all their government contracts taken away and be banned from bidding again to provide public services. 27% say they should pay a fine and have the contract removed while 6% say they should pay a fine but be allowed to continue running the service.

Support for banning bids from companies which have defrauded the taxpayer was high across all political parties.

We Own It will be at the Labour Party Conference next week with a fringe event calling for a Public Service Users Bill. This would give the public a 'right to recall' private companies like G4S and Serco when they do a bad job. Shadow Children's Minister Lisa Nandy will speak at the event, alongside Mark Ferguson from Labour List, Neal Lawson from Compass and Jane Lethbridge from the Public Services International Research Unit. 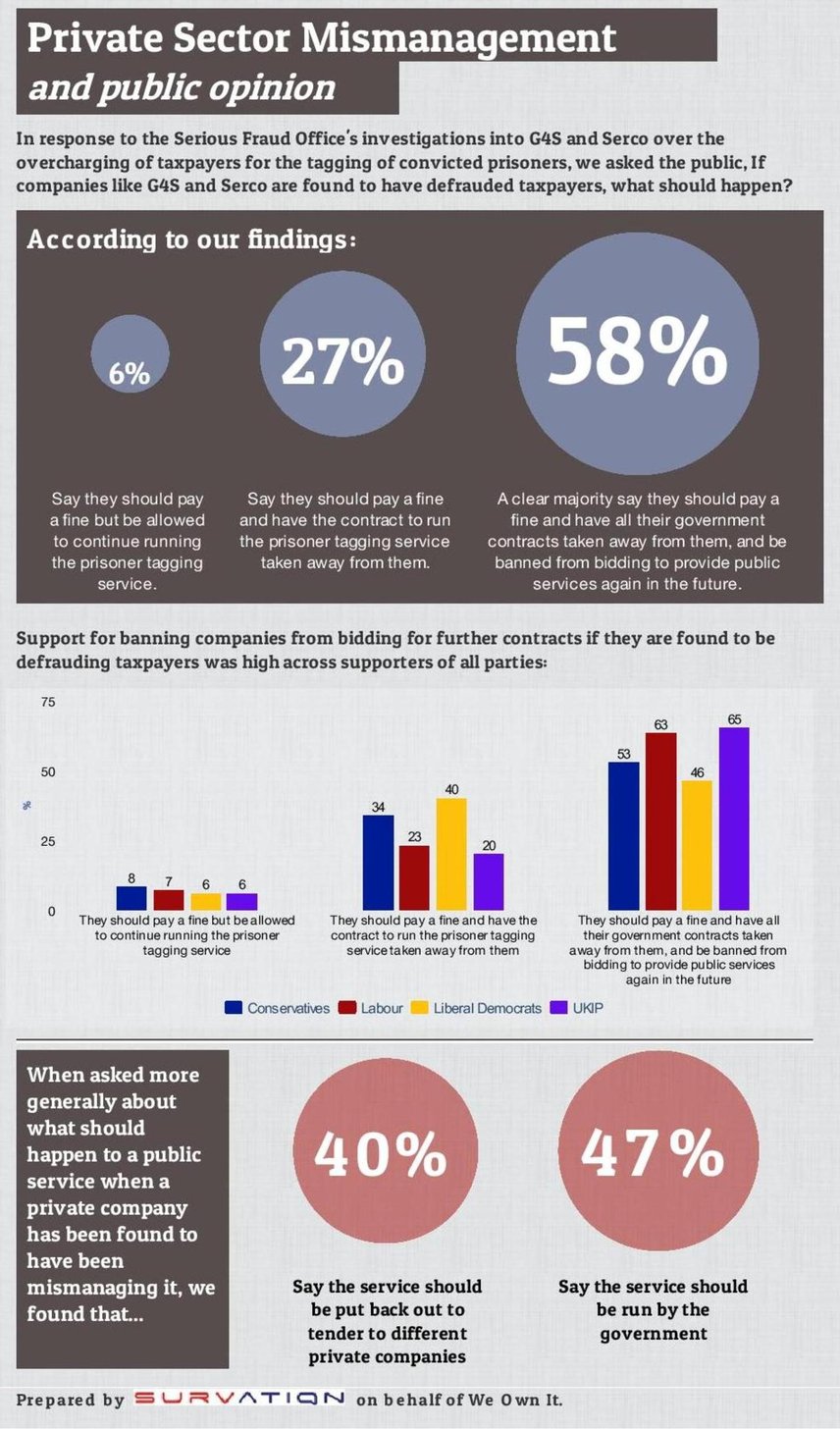 Photo used under Creative Commons licensing, thanks to conservativeparty.

We were amazed when a G4S employee read our gas and electric meters for Scottish Power, Marks and Spencer. This, an American company that supplies mercenaries in Iraq, failed lamentably at the Olympic Games yet still managed to get the Wimbledon security contract. Are we so impoverished that we need to go to American companies for policing services? Is this the company to take over our Royal Mail? Are we so disrespected by a government full of a monstrous arrogance but totally lacking in respect for truth.

There is no need to privatise any of the governments services, all that is failing in the public sector is the culture, a culture of reticence towards dealing effectively with under performing or corrupt staff

The culture of protecting (their) budgets is rife, and as a result the taxpayer foots a bill extravagantly inflated because of ineffective management practices.

Sort that out and the public sector would perform as well as, but without the profit motive of the much vaunted private sector

I have worked for charitable agencies for over 30 years and am still as strongly motivated as when I started helping people living in poverty in 1990. If I was made redundant because of such as G4S etc winning services through undercutting good quality conciencious existing providers, I would apply for similar work with G4S etc under any circumstances. I know many others who feel just the same.

It is ludicrous that any company already being investigated for fraud should even be considered for any new contracts until the enquiries are over and the company has been cleared of any wrongdoing. We all know that these privatised services are run at the minimum cost for the maximum profit, with the workforce usually working longer hours for less money and then if the company gets into trouble they expect the taxpayer to come to the rescue. In general in these privatised companies it is the case that the bigger the mess they leave the bigger the payoff they get.

companies found guilty of fraud should not be allowed to run public services of any sort. If the public get a better service from the public sector they should be allowed to continue to run the service not a private sector company.

I strongly believe that public services that act on behalf of the state, especially in cases where the state has powers and rights over an individual should be accountable to and be controlled by the state. Restricting and curtailing people's liberties are state functions and should be carried out by the government. This is not a matter for companies who have primary responsibilities to share holders. I think this should be a "die in a ditch" Labour policy to oppose such privatisations.

How can you give a govenment contract to deal with criminal offenders, to a company accused of criminal offences. It is immoral and can only end in disaster.

Keep private money out of our public services

Over recent years it has become plain that private companies operate public services inefficiently and sometimes even dangerously. There have been proven cases of them committing fraud depleting the public purse. How can it be possible that these companies that have to pay shareholders and other investors can provide public services more cheaply than well run publicly owned organizations? The answer is that they cannot. Privatization is simply a method of syphoning off public money to big business.

If this goes ahead then it is yet another example of government getting into bed with corrupt business. When will this current administration get it into its head, they don't represent corrupt business, they represent us the electorate, so no contracts for SERCO or G4S if found guilty.

G4S have already been found wanting during the London 2012 Olympics, so they should not even be considered for such vital government contracts.

Birds of a feather, flock together.

The sad reality is that New Labour span this web of 'modernising' public services without regard to quality and the community values it was putting at risk. Will the 2015 Labour manifesto commit against further privatisations and in favour of restoring public ownership of assets and services whenever that option proves viable? Or do we have no political choice at all on these issues?