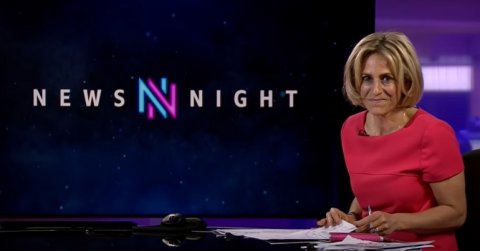 The BBC is an institution that now more than ever we’re turning to for reliable information.

A recent survey from Ofcom showed it was the most popular source of information by far, with 82% of us using its online, TV and radio services.

Reliable information about the virus is especially vital when 35% of online adults say they have seen the false claim that drinking more water can flush out the virus.

However the BBC’s role as our biggest public service broadcaster goes much further than that.

Its job is to help us understand the world around us, particularly the choices being made by decision makers which affect our lives, and whether people live or die.

We’ve decided to launch the BBC Win of the Week and the BBC Fail of the Week to give you a chance to tell us how the BBC is serving you well and how it could be better.

So we put out a poll with some ideas for the BBC’s Win of the week on Facebook and Twitter and interestingly, the results were pretty similar.

Maitlis’ speech, well worth watching, was shared all over the internet and rightly highlighted who is being most exposed to this virus day in day out: those in lower paid work.

She went on examine the wider societal decisions we face after the crisis, saying :

"tonight… we ask what kind of social settlement might need to be put in place to stop the inequality from becoming even more stark."

It’s exactly these kinds of questions we need to be asking collectively.

However unfortunately, there are multiple examples to choose from that show the BBC isn’t serving us together.

The poll for the BBC Fail of the Week inspired supporters to add their own options, and the clear winner was: BBC News (1pm, Thu 9 Apr) doubling-down on Gove's lie that failure to ramp-up Covid-19 tests is due to a shortage of chemical reagents.

This week, second place was taken by:

Kuenssberg mentioning bailouts instead of death volumes increasing like Italy's.

A bias towards business perspectives play out frequently, as discussed by Tom Mills in his book on the BBC and exemplified by our third place, where the BBC's coverage of the bus bailout included three business representatives, one government spokesperson and no civil society voices.

It’s important to remember there are solutions to these problems. That is what our campaigning must be focused on: having a public service broadcaster is vital to us having access to information and learning about our world. Making the BBC more accountable to us is a fight we can win.

To ensure the BBC continues to serve the public interest, we need to make sure it is truly independent. That means the top board needs to be appointed by the BBC, NOT the current government, in order to effectively scrutinise government decisions – decisions that can cost lives. The BBC also needs a citizens’ panel with members who sit on the board, holding that newly independent board to account on key issues, issues like regional journalism, high pay or the balance between civil society and business voices in our media.

It means sustainable, fair funding so that it can do its job well. The only way we are going to make our public service broadcasting better is if we support the BBC to remain a publicly owned and funded broadcaster with the goal of making programmes and services that educate, entertain and inform.

Instead of letting the BBC be murdered by Johnson and Cummings, we demand it be made better, now and at the end of this, via the ‘new social settlement’ that Maitlis, our winner, talks about. Because an accountable BBC is something worth fighting for.