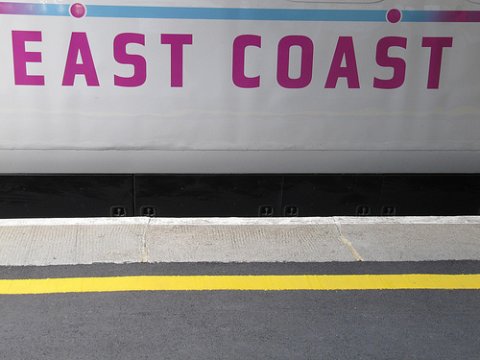 Yesterday, the Government announced it is accelerating the re-privatisation of the East Coast railway, which they say will now take place in December 2014.

The story of East Coast in public hands has been a clear success. In 2009 National Express walked away from the route mid-franchise, citing insufficient profits. This in effect forced Gordon Brown’s government to reluctantly take it back in house – on a strictly temporary basis – where it has remained until now.

Much of the media response to yesterday’s news has centred on which private rail operator will get their hands on the lucrative contract, but that is hardly the point. Whoever wins, the taxpayer – never mind the rail passenger – will invariably lose.

That’s because as a Directly Operate Railway (DOR), East Coast has proven a laudable example of what happens when you remove private profit from the running of the railway.

The state coffers have swollen with the benefits, as East Coast has returned £600 million to the Treasury over the last three years, according to company statements. (Under the private franchise scheme, millions of pounds of taxpayer cash is handed over to the operator in subsidy and, scandalously, much of it winds up simply being pocketed by shareholders.)

Meanwhile, East Coast passengers have been feeling the love, too. Satisfaction amongst travellers on the route rose in 2012, and its punctuality record is the best since records began in 1999.

East Coast chief Doug Sutherland said at the time: “During the year, we made further very good progress with the business turnaround of East Coast, and continued to invest in our infrastructure assets, our people, and the delivery of significant improvements in customer service.”

None of this is to say that everything is now rosy on the service. Far from it. For example, fares are still far too high and the fares regime far too complex. Nonetheless, these facts all give the lie to the founding myths of privatisation: that in private hands our public services are more efficient, more responsive and more competitive.

Coincidentally, this month marks fifty years since the Beeching report gave the green light to cut vast swathes of socially valuable railway from the national network. Overnight, the vital arteries that connected towns and villages across the country were lost. Many communities have waged long battles to regain their place on the railway map and some of them have been successful. In 2009, Corby in Northamptonshire saw its station reopened after going for forty-seven years without.

Beeching stands as a testament to what happens when you only consider rail as a financial cost and not as a social and economic investment. It’s that ideology that infects the thinking of the current government. Dominated as it is by ideologues who regard all state ownership as an unacceptable affront to the reign of the ‘free’ market, the Coalition is determined to quash anything that says otherwise. The crime of East Coast is to be the threat of a workable alternative to private profit.

Action for Rail is marking fifty years of Beeching on Wednesday with actions at railway stations across the country. To find out more visit their website.

This blog was first published on Bright Green Scotland.

Photo used under Creative Commons licensing, thanks to greensambaman.

What a relief to read such a positive message on rail. Mark Thomas:the Manifesto (Thursday 13 April) also gave the arguments for Eastcoast mainline's success under public ownership. We need to maintain this positive message before the multinational bus companies grab the tracks.