We’re thrilled that the government has decided to take the East Coast line into public ownership. This is a big victory for our campaign and we’d like to thank everyone who gave support and took action.
The line will now be run by the Department for Transport through the 'Operator of Last Resort' - the same organisation that ran the East Coast line last time it was in public hands.
This is a hugely important step in the right direction. East Coast has failed three times in private hands and it’s right that Grayling isn’t both bailing out Stagecoach and Virgin and letting them dictate the terms of their contract.
But, it's not all good news. The Operator of Last Resort has itself been privatised, so there will be a hotch potch of private companies involved - Arup Group, SNC-Lavalin and Ernst and Young. These companies, under the banner of ‘London North Eastern Railway’ will be helping Grayling to further his agenda of a railway run by public-private partnerships.
There's more work to do until our railway is fully publicly owned - but we're ready to do it.
We Own It has been leading the campaign for public ownership of the East Coast line, together with Bring Back British Rail, Compass, Momentum, UK Uncut and rail unions including Aslef, RMT, TSSA, the TUC and ITF.
We’ll keep campaigning to bring the whole railway into public ownership - and we need your help.
Here's how you can show your support:
- Join our mailing list to stay up to date with our campaigns and take action
- Make a regular donation - we rely on donations from a few hundred supporters like you!
Thank you,
From Cat, Ellen, Biba and the We Own It Team 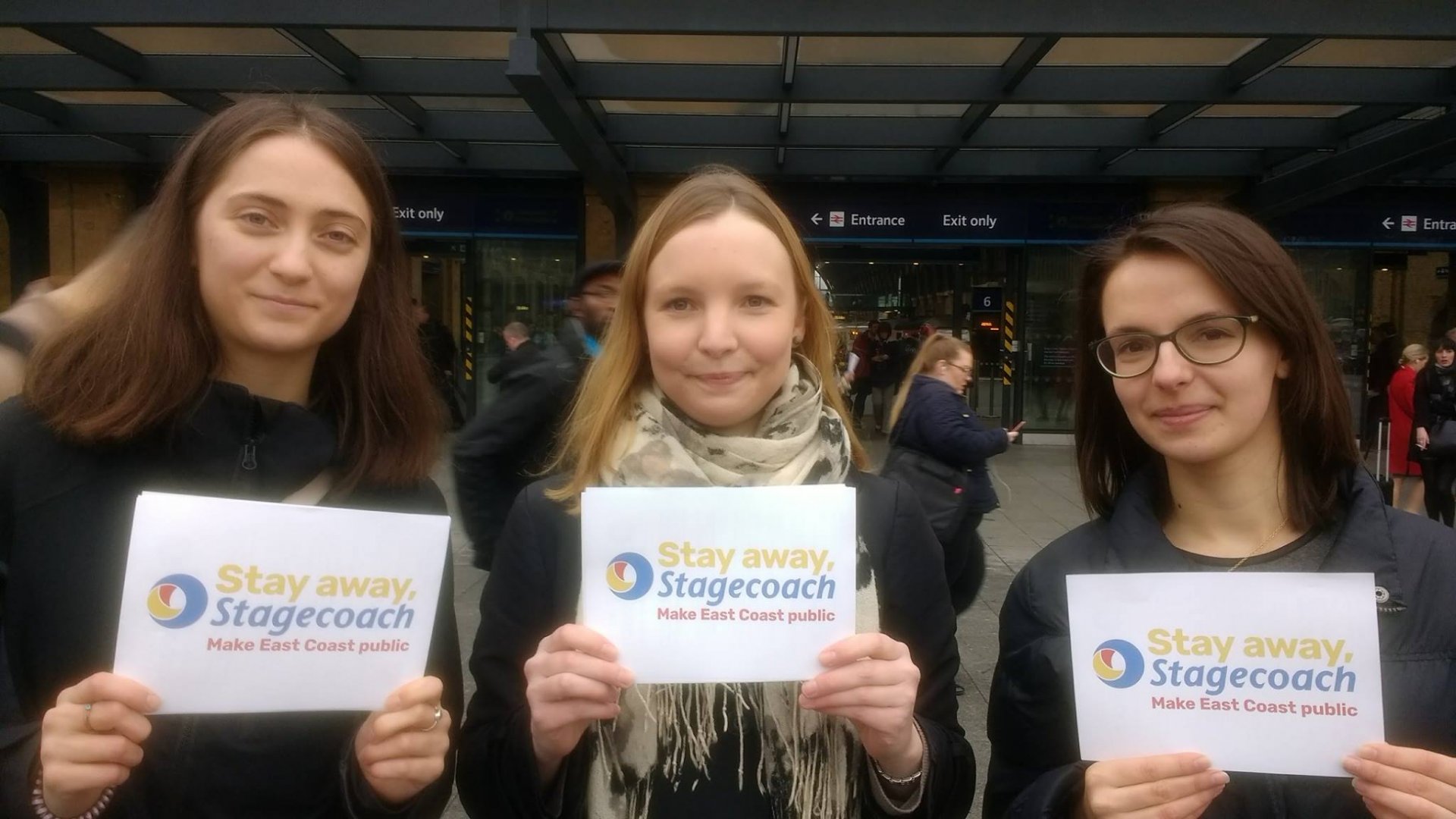 WELL DONE LADIES! In fact, well done one and all!!! This is hopefully the first of many victories for common sense and the common man. Keep up the good work.