Five reasons not to privatise RBS 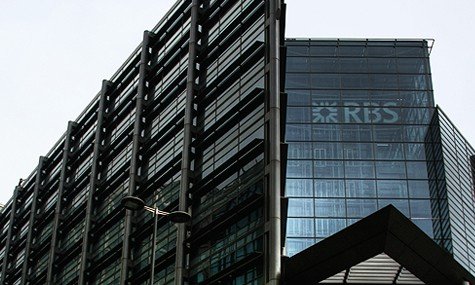 Tony Greenham from the New Economics Foundation says re-privatising RBS is not in the public interest.

Last week an old Liberal Democrat idea was dusted off and given a new Conservative wrapper. Policy Exchange called for the Government to transfer its large stake in Lloyds and RBS directly into the hands of taxpaying UK residents, ensuring re-privatisation takes place before the May 2015 general election. It is a bad idea for several reasons.

Let’s start by making one thing clear – Lloyds and RBS are completely different animals. The former has a minority government shareholding (39%), its share price has recovered strongly and is not far from levels at which the government could recover its £21bn investment.

We believe that the Government can make a profit on its Lloyds holding by selling it in stages on the stock exchange, starting relatively soon. This is also the favoured option among equity market professionals, the Government’s own adviser, UK Financial Investments, and the Treasury. It is efficient, incurring the minimum of fees and charges for the Government, and simple.

By selling in stages over a few years, we are likely to on average beat the price paid in 2008 during the emergency recapitalisation of Lloyds. Any complicated wheezes for a loss-incurring privatisation of Lloyds would therefore amount to little more than expensive showmanship that would surely be censured by the National Audit Office and Public Accounts Committee.

RBS is in a completely different place altogether. The Government’s £46bn cash investment in RBS is worth less than £29bn at current prices – a potential loss of £17bn of taxpayers money. According to outgoing Chief Executive, Stephen Hester, it should take many years to sell this stake. He suggests four or five separate sales over ten years: to put this into perspective, the BT privatisation took a decade to complete in three stages, each of which was around £5bn.

So how sensible is it to rush through a £46bn privatisation to beat a political, not economic, deadline of May 2015? There are five reasons why Policy Exchange’s proposal should be rejected.

1. It’s a bad deal for taxpayers. A complete privatisation pre-election as suggested by Policy Exchange would create an immediate loss for taxpayers of around £7bn, almost all on RBS.

2. It would only bring in £11.5bn of immediate cash funds. Payment for the rest of the shares will only be made by individual investors when the share price recovers, so the Government does not get reimbursed any sooner. In fact, it may never receive payment for the shares.

3. It’s an over-elaborate, highly expensive logistical nightmare. The suggestion of putting shares into the hands of between 20 and 30 million people is a logistical disaster waiting to happen: by comparison, the British Gas and BT sales had around 2 million subscribers each. The scale and complexity of the scheme does, however, guarantee a bumper payday for City firms, including fees for investment banks, lawyers and accountants.

4. Arguments for ‘spreading shareholder democracy’ are muddled. Experience from past privatisations and demutualisations show that many people take the cash as soon as possible. In austerity Britain, after decades of stagnating median incomes, people need the cash - desperately. Furthermore, any investment adviser will tell you that financial investments should be diversified, not concentrated in one or two company shares.

5. A return to business as usual isn’t what our banking system needs. The future of RBS should be determined by what is best for the British economy as a whole. Simply attempting to turn the clock back to before 2007 is not going to improve the diversity and competitiveness of the banking system, or solve the decades-long problem of under-investment in SME’s.

The Parliamentary Commission on Banking Standards looks set to insist this week that the Government properly reviews all the options for RBS, including keeping it in public ownership. Many other countries seem able to get their head around the idea that public ownership does not mean state-run. Nor does it mean that politicians should be allowed to meddle in business decisions – a highly undesirable outcome.

Fortunately we have both good and bad practice to learn from internationally. The Spanish Cajas are an example of how not to do it, with local politicians allowed a direct say in the day-to-day running of the banks. For best practice, look no further than Germany.

The German savings banks, or Sparkassen, comprise approximately one third of the German banking system. They are run commercially with dual financial and social objectives: to make a profit and support the local economy. Professional bankers take responsibility for day-to-day running of the banks. If they make incompetent lending decisions, they are more likely to get sacked than their counterparts in giant commercial banks – so much for the supposed discipline of being quoted on the stockmarket. Local stakeholders, including local politicians, business leaders, employee and customer representatives, sit on the Supervisory Board. However, politicians cannot get anywhere near lending decisions, and what’s more, in Germany the Chancellor cannot decide to sack a chief executive.

We need to consider how RBS might be restructured to help fix the desperately unbalanced and monolithic UK retail banking industry, and to tackle the shortage of affordable credit for many regions and sectors of the economy. We need to address the fact that, alone among our industrial competitors, Britain has virtually no local or regional banks. Yet research shows that these are generally the power-houses of SME lending.

The future of RBS must not be dictated by short-term political expediency. It’s far too important for that.

This article was first published on the nef blog.

Photo used under Creative Commons licensing, thanks to simonlesleyphoto.