Five reasons why the privatisation of Royal Mail is bad policy 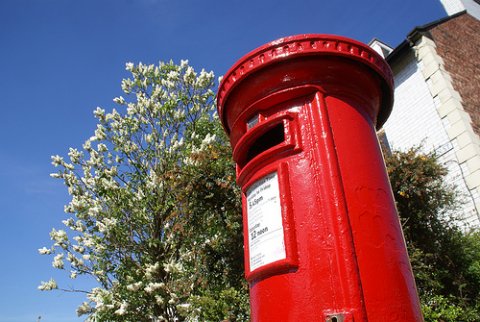 James Bloodworth explains why the Royal Mail should stay in public hands.

Later today ministers will announce the final details of plans for the privatisation of Royal Mail.
The government is looking to move quickly on the sale, with shares expected to be floated by the autumn.

There are many things which this government is doing that warrant criticism, but I am convinced that in years to come the sell off of the Royal Mail will be considered one of the most execrable decisions made by the coalition.

Here are five reasons why.

1. Royal Mail is a profitable business. Far better, then, to keep the Royal Mail public and plow the profits back into the service rather than allow them to be siphoned off to shareholders. The company made £440 million last year. The fact that the Tories still want to privatise what is an increasingly successful business smacks of public bad/private good fanaticism.

2. The cost-cutting that will likely follow a sell-off will place a huge question mark over the universal service. This isn’t left-wing propaganda as some on the right will undoubtedly claim. The Bow Group, the oldest conservative think-tank in Britain, has warned that privatisation could see the price of a stamp increase and Post Offices in rural areas close.

3. Privatisation doesn’t solve all problems. It ought to cause alarm that this point even has to be made, but such is the view of public services in the conservative mind.

Privatisation has been disastrous for our railways and has resulted in even higher subsidies for the rail operator than under public ownership. In 2010/11 Network Rail was subsidised by the taxpayer to the tune of £3.96 billion. This compares with an average of £1.4 billion over the 10 years leading up to privatisation.

4. Stamp prices could hit £1. The price regulation of stamps has been scrapped to increase the attractiveness of Royal Mail to investors. This brings with it the possibility that stamp prices could hit £1 shortly after privatisation. A private business exists to maximise profits for its shareholders, after all.

Again it’s worth looking at train fares. Since privatisation ten years of above-inflation rail price increases mean that some in the south-east of England now spend 15 per cent of their salary on rail travel.

5. The Royal Mail is part of the fabric of the nation. This probably sounds a bit wet, but institutions do matter. There are certain things which have come to be associated with Britain. The NHS, cricket, red phone boxes and yes, the Royal Mail.

It is hard to overstate the respect the British public has for posties. The sight of a postie on his or her rounds early (or not so early these days) in the morning is a fundamental part of British culture (yes it does exist), and not everything can simply be reduced to its monetary value.

This article was first published on Left Foot Forward.

It's nothing more than right wing political dogma, I would expect nothing less from the Tory party, the silence from the Labour Party is deafening. Another British institution sold off for a quick buck, oh yea and to line the pockets of the Tory party big business supporters. When will we ever learn what these people are like.

The posties do a great job and the service we the public get is good and reliable. It will change if privatized as it will be all about profit and not about what the public need or want. Be like losing part of the British culture.

Lets hope this doesn't end up like TNT which got an airing on CH4 on 29th April. They were meant to deliver to all addresses 6 days a week, but were only doing it on alternate days, effectively covering 2 rounds. Saturdays were often not run and posties were called back in before completing rounds to prevent payment of overtime.

The biggest worry is with the Universal service obligation - how long before premiums are introduced to cover remote areas?

I agree our current service is brilliant and "If it ain't broke, DON'T FIX IT"

I worked for the post office for twenty years,but for personal reasons I would still be there.

They do a great public service which the government have already tried to ruin, by opening the franchise to allow other postal services to use our post boxes???

Which is why the price of our stamps has had to go up by so much. I stopped working for Royal Mail in 2007,I still miss doing my collections and all of my colleagues .

The companies I collected from I'd like to think I brought a smile to their faces? We all still miss the old red phone boxes,don't let them take away your post boxes as well?

When they stopped the Royal Mail 2nd delivery ,the amount of customers that complained but they did

NOTHING.... Don't let them get away with privatisation ,it will destroy yet another one of our great institutions.... BT, BRITISH RAIL just two that I can think of that have gone,and let's face it I think most people miss them?

We have already let them get away with closing so many local branches,people being told they can no longer collect their pensions and the elderly having to go miles to try and find a local post office?

They have got rid of so many jobs already and privatisation will just lead to more,I for one will miss seeing the postman knock ? Just so the government can earn a quick penny...If they just left the Royal Mail to progress as it has over the years ,it will carry on to be one of our finest institutions ??

The government has already spent most of royal mail's pension fund,which slowly they are recovering from !

ROYAL MAIL IS A BRITISH INSTITUTION THAT SHOULD REMAIN BRITISH....

Rant over, I hope I have not wasted your time.

One way to stop the privatization is to write to your MP's. Telling them it's our POST OFFICE hands off.

As a home delivery driver I often need the services of the local postie to find new builds or properties hidden away or out in the sticks...this local knowledge is invaluable and I fear will be lost after privatisation.

And cricket has been sold out to Murdoch. Next they'll be after the British Library and the National Gallery.