Four (big) steps to save our universities 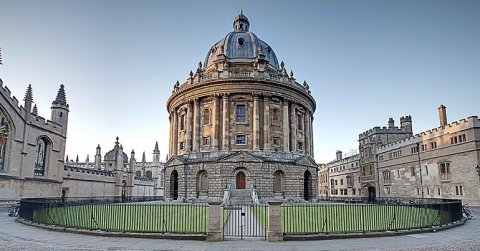 As university lecturers and staff are on strike again after their employers refused to budge on key issues like pensions, pay, precarity and equality, it’s a good time to consider what kinds of institutions could provide the kind of working conditions these strikers are demanding.

Not just universities, but also colleges and other institutions of lifelong learning have been devastated by decades of privatisation and marketisation, in which successive Tory governments have tried to make the tertiary education sector into a market and students into consumers.

English further education has suffered especially thanks to savage cuts and waves of area reviews over the last few years. There are now just under 250 further education and sixth form colleges in England, compared to almost 450 when colleges were incorporated in 1993.

As I have argued elsewhere, this consolidation is likely coming to English higher education, thanks to plans to reduce tuition fees from £9,250 to £7,500 per year, with no public funding top-up. Given the government’s stated desire to make HE into one of the UK’s primary exports after Brexit, a smaller number of bigger, corporatized universities with subsidiaries in foreign countries would be a desirable outcome of this creative destruction.

While the wilful destruction and commodification of tertiary education should be fought tooth and nail, this depressing future could, however, also present an opportunity for a well organised counter-movement rooted in high-levels of staff-student solidarity willing to look beyond the immediate and pressing need to defend what exists now.

Imagine a university declares itself insolvent and suggests that it would either need to be taken over by or merged with an existing university or be closed forever. Then imagine students and staff occupy the university to prevent this from happening, and then run the institution themselves.

These activists could demand that its university’s assets be placed in a non-revocable trust, after the model of the John Lewis Partnership. This would clarify ownership into a separate, legal form (the Trust), which would immediately prevent anyone – the vice-chancellor, the board of governors or the Secretary of State – selling off or wrapping up their institution.

Of course, the government wouldn’t just allow these activists to do this. But by challenging the power of the state to close or sell-off the university, these activists would put government in a very difficult position, highlighting in stark terms the distance that tertiary education has travelled from its public function and towards irrational ends.

As well as clarifying ownership by placing assets in a trust, our activists would need to define who the beneficial owners of this new Democratic University were. While colleges and universities are generally thought of as ‘public’ institutions, the fuzziness of this term has allowed predatory vice-chancellors and principals to run these institutions against the public interest.

Students are of course the primary beneficiaries of all education. However, staff also make their living by teaching and supporting teaching, and communities benefit in myriad ways from having a college or university in their towns or cities. Our activists could consider the social co-operative as an appropriate form of governance for the university, a form which would enable all these stakeholders to be represented fairly and formally.

Universities and colleges are anchor institutions, contributing to local and regional economies by providing employment for local people and purchasing services from local businesses. Universities, however, are in many cases outsourcing their core functions to multi-national corporations and, as noted above, building campuses in other cities and foreign countries.

Once our new Democratic University is set up, it should work with the local authority and other anchor institutions to build community wealth by insourcing services where possible and using ethical, preferably worker-owned, local providers in other cases. Where such providers don’t exist, our Democratic University should help set them up with training and financial support.

The sky is the limit for our new Democratic University. It now not only provides material support to the local community, but increasingly acts as a hub for collective intelligence, with students, academics and staff working ‘with and for’ the community, solving social problems through co-operative inquiry, combining expertise and experience, rebuilding trust and resilience in the process.

It’s time for our intelligent community to tackle the massive problem of climate change. Beginning with the most acute social needs, our community-scholars can leverage the resources of our Democratic University to come up with carbon-neutral solutions. Providing a beacon of hope for communities across the world, it becomes a model for the new, global, Green New Deal.

David Ridley is an independent researcher and journalist.