How privatisation contributed to PPE shortages 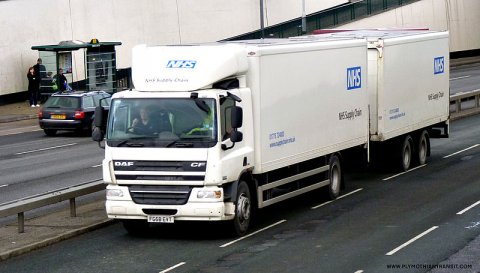 Over 300 NHS and care workers now having tragically lost their lives, and many of these deaths being "avoidable with proper PPE". It's absolutely vital that we understand how this happened, and what caused the failure of the government to source adequate PPE

That's why we released a report last week which exposed the devastating impact privatisation of the NHS supply chain has had on the government's response to coronavirus.  This revealed how our current system for sourcing PPE embeds four levels of profit taking throughout in a horrendously complicated system. And it also show how private companies have been failing to deliver, allowing stockpiles to dwindle and leaving us unprepared.

There are dozens of private companies involved, but five of those that have performed the worst are:

This exposé has already been making waves. It's been covered by George Monbiot in his latest Guardian column, its been featured on the front page of the Morning Star, and was covered by The New European, The Canary and Tribune among others. And it's spread like wildfire across social media.

MPs from Jeremy Corbyn to John McDonnell and from Clive Lewis to Caroline Lucas have shared the report to their millions of followers:

Devastating expose of the impact of privatisation by @We_OwnIt https://t.co/polDhCK1en

The impact of privatisation laid bare.... another devastating report, well worth a read v https://t.co/AaJZdkf4Vv

Economists, journalists and activists have done the same - from Ann Pettifor to Paul Mason to Peter Tatchell:

UK government ministers have looked inept, unprepared and gormless over PPE and the NHS. The reason? Thanks to privatisation, layers and layers of profit-taking at each stage of NHS purchasing. This vital report explains a lot. https://t.co/zPopTgEtuN

The PPE scandal is not just incompetence - it's the systematic injection of market norms of behaviour into public sector decision making - excellent report here... https://t.co/NIxpoijHbY

With privatisation of the NHS supply chain now on the agenda, you can help ensure that outsourcing throughout the NHS is ended for good.

Join the campaign to protect NHS staff, not private profit

Keep private companies out of NHS

About time hospitals dealt with distributing directly, and not done by 4 or more private Tory funding distributors. Waste of resources. NHS is for the people and founded by the people - PM should realise more after his experience of this illness????

We've all seen Johnson washing his hands! He's washing them of responsibility for the deaths of NHS workers. End privetisation in the NHS!