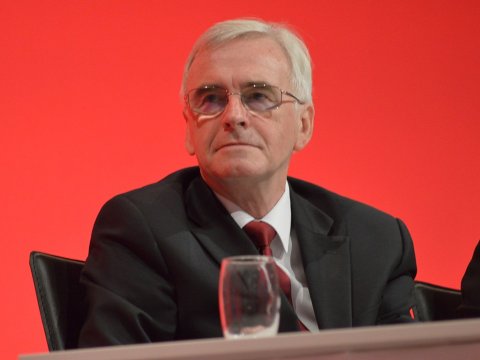 Today, campaign group We Own It publishes a blueprint for public ownership in the 21st century, in response to the Labour Party’s consultation on democratic public ownership.

Its report ‘When We Own It: A model for public ownership in the 21st century’ calls for public ownership of water, energy, public transport and the Royal Mail. It draws on best practice case studies from Brazil to Barcelona. The report has been welcomed by Labour's Shadow Chancellor John McDonnell, who described it as "brilliant".

We Own It is asking members of political parties to pass motions in support of the report.

Speaking on the publication of the report, We Own It Director Cat Hobbs said:

“The story of privatisation is a story of nearly forty years of failure. We need to bring it to an end and open a new chapter. That chapter will be democratic public ownership - which can help us tackle major challenges like climate breakdown and growing inequality.

“We need to make sure public ownership is efficient, effective, accountable, innovative, caring and green. And make it so wildly successful so that no future government can dismantle it, and take us back to the dark days of privatisation.

“Our report offers a blueprint for that - a model of public ownership which is local, regional and national, and places communities, workers and people who use public services at its heart.”

“The new public ownership agenda is genuinely exciting, as this brilliant report by We Own It shows.

“Labour has consistently said we don’t want to copy the nationalised industries of the past but to come up with a radical plan for services run by workers and the community.

“We’ll read this report with interest when we consider all the submissions to our Democratic Public Ownership consultation.”