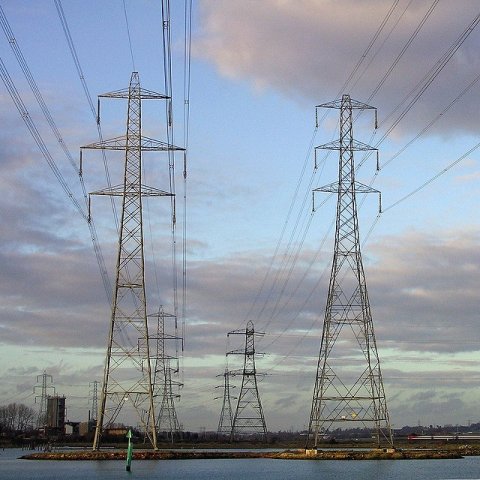 By Chris MacMackin and co-published with Open Democracy. Chris is speaking at Public Ownership 2.0 on Saturday 10th November - buy your ticket here.

Much was made of the Labour Party’s supposed commitment last year to renationalise energy. Certainly the pledge to return the electricity grid to public ownership was welcome. However, beyond that, there was no promise to nationalise anything. Instead, it pledged to support “the creation of publicly owned, locally accountable energy companies and co-operatives to rival existing private energy suppliers”. Meanwhile, a supplementary industrial strategy document suggests that most generation will remain private, with perhaps some co-operative and council ownership of small renewable projects.

The reason most people would favour returning energy to public ownership is to better control prices and the sources of electricity. They seldom have to deal with the local grid company and never have to deal with the national grid. Thus, Labour’s focus on renationalising only the grid can not, on its own, address people’s concerns. Prices and tariffs are issues with the energy suppliers, which Labour has only pledged to compete against rather than nationalise. The source of our energy is an issue of generation, on which Labour has said little at all.

The market has failed to generate the energy mix we need

While Labour’s proposals would undoubtedly represent an improvement on the current system, they fail to address the key problem in Britain’s electricity sector, which is the existence of a liberalised market. In our current, the generators, grid, and retailers are “unbundled” into separate companies. Generators compete to sell electricity to the retail companies (who sell it on to consumers), matching supply to demand on half-hour intervals, with the grid’s “system operator” running a market which ensures they are matched on shorter time-periods. Unfortunately, experience has shown that such markets systematically under-invest in new generating infrastructure because uncertainty in the future wholesale price of electricity makes it unclear whether it will be profitable.

The unplanned nature of these markets causes severe problems for the transition to a zero-carbon future. For most emissions-free sources it is difficult or impossible to vary output, so proper “system integration” allowing supply to meet demand becomes challenging. A government-commissioned report recommended aiming to “ensure that the operational and investment decisions made by private entities achieve outcomes as close as possible to the theoretical ideal prescribed by Imperial [College]’s modelling" of the optimal mix of energy sources. In effect, we are being told that the government knows what the optimal mix of electricity sources is but, rather than just build it themselves, they are now trying to develop market mechanisms which will encourage private utilities to come to similar conclusions.

The trend towards neoliberal electricity markets is a global one, and one that Labour must start to reverse. To my knowledge, only one jurisdiction has done so to date (although a number of others have resisted the pressure to liberalise altogether). In 2003, New Brunswick, Canada, split its publicly owned electrical utility, NB Power, into a transmission company, a distribution and retail company, an independent system operator, and three generating companies. While no assets were privatised, the system operator was meant to ensure the "efficient operation of a competitive market" in electricity.

Ten years later it was clear that this had been both an ideological and a business mistake. New Brunswick was too small a market for meaningful competition, so all that this fragmentation had done was add extra costs. The government passed a new Electricity Act which merged the companies back into a single utility with a statutory monopoly and a mandate to ensure low and stable electricity rates. Interestingly, NB Power also now took over provincial efficiency initiatives, marketing energy-efficient products to households and providing grants for renovations. Permission from cabinet was needed for all important business decisions and day-to-day oversight was provided by the independent Energy and Utilities Board.

With the restoration of a vertically-integrated utility, it once again became possible to engage in long-term planning. At least once every three years NB Power is required to produce an “integrated resource plan” which assesses future electricity demand, surveys the company’s existing assets, projects what new infrastructure will need to be built, and consults with stakeholders. These are required to look at least 20 years in the future, ensuring that potential new projects are discussed well before they need to be built. The vertical integration of NB Power also means that plans for efficiency and demand management initiatives are treated as equally viable approaches as building new generators. While NB Power has not been mandated to do so, it is this sort of approach which would be required to aggressively decarbonise electricity and fight global warming.

This was all done by a conservative government, so it does not represent a model which we would wish to simply copy and paste onto Britain. There was no attempt to institute democratic management and only token efforts towards achieving climate change goals. However, it does prove that it is possible to restore electricity fully to public control and dismantle the liberalised market. It also provides an example of how a vertically-integrated utility can interact with liberalised markets in neighbouring jurisdictions, by offering to transmit their electricity through its grid for a set fee. This will be important if the UK wishes to continue trading with the European market and in order to prevent Ireland from being cut off.

So, what approach might the UK take? We must satisfy the following goals:

Contrary to popular opinion, I do not believe that renewable resources are conducive to decentralisation, due to the system integration challenges I described earlier. As a number of unions argued at a recent Trade Unions for Energy Democracy (TUED) meeting, market mechanisms are unsuitable for coping with periods when the sun doesn’t shine or the wind doesn’t blow and instead nationwide planning will be required. While decentralisation makes sense in a number of sectors (e.g. water, local buses), national ownership is the best choice for electricity generators.

There is more scope for creativity with the distribution (i.e. low-voltage) grid and retail sectors, but there are still trade-offs. Highly localised ownership will provide greater scope for democratic control, but will also result in higher costs for those in rural areas compared to those in dense urban settings. To avoid such inequities, national ownership is worth considering. The trade union UNISON recently issued a report to TUED making a strong case for nationalising and merging the supply divisions of the Big 6 rather than trying to out-compete them on the local level.

But a more decentralised model, in which ownership is always held where there is a directly elected level of government accountable, remains a viable option if carefully designed.

6 steps to full public ownership of our energy

Where assets are renationalised it can be a matter of debate what, if any, compensation should be provided. The PGB would be tasked with rapidly decarbonising Britain’s energy supply. Given that, there is little point in buying out fossil fuel power plants. In the mid- to long-term, the PGB would handle the vast majority of the UK’s power generation. The local retailers might consult locally about both new infrastructure decisions and tariffs. Local retailers could purchase electricity generated within their jurisdiction (e.g. from small renewable installations or by cogeneration), though caution over such feed-in tariffs would be needed, as these can sometimes result in higher electricity costs overall*. The PGB should ensure the local bodies provide proper price signals to the small generators.

This model satisfies all five of the goals outlined above. It is certainly not the only model which could do so, but it serves as an example of some of the necessary structures. As we discuss exactly how we want to go about returning electricity to the public sector, it is vital that we look beyond mere questions of ownership to ones of organisation and control. Otherwise, we might find our newly nationalised companies recreating many of the problems of their private counterparts.

*NB Power, 2017, p. 94, for example, notes that its net-metering program for solar energy reduces costs to the grid by less than it reduces energy sales, resulting in higher prices for those without solar panels if they become widespread.