Liberté, égalité, and a glass of fizzy water? 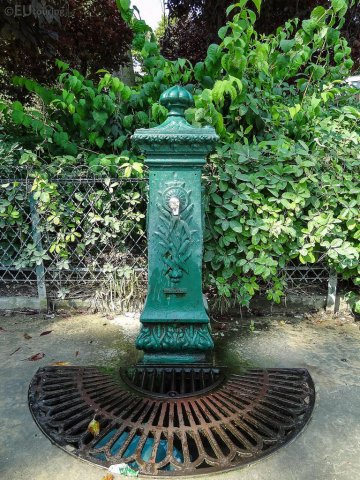 In 2008, the City Council of Paris decided not to renew its contracts with water providers. Instead, Paris remunicipalised water, bringing it back under public ownership.

Since 2010, the publicly-owned Eau de Paris has been an amazing success! 35 million euros were saved in that first year, which meant that bills fell by 8% the year after. Future Policy describes the transition as “a landmark and symbolic defeat for private water companies who had failed to provide an efficient service”.

In June of 2017, the City of Paris won a UN Public Services Award for its performance and the improvements it had made to city life.  But that's not all. Now that the whole water system, from supply to distribution to billing, is owned by one company which is accountable to the public, they've been able to come up with some amazing creative initiatives.

They've also set up a state of the art research facility, which investigates and monitors the water quality.

L'Eau de Paris is run by a board of directors, which is made up of directly elected city councillors, representatives of key groups like the consumers association, environmental association and the Paris Water Observatory, and staff representatives.

The Paris Water Observatory was set up to be a platform for Parisians to communicate with their water company - expressing their complaints and suggestions, and keeping up to date with changes being made to their water supply. It is a chance to debate and propose policy suggestions, which can be taken up to the board and potentially passed into company policy. Direct democracy in action!

Public ownership of water in the United Kingdom can be just as innovative, effective, and creative -- you could trade hikes in your water bill and a hosepipe ban for a glass of publicly-owned fizzy water, and representation on the board of your water company.

What new ideas would you implement if you had this kind of influence over your water? If water was brought into public ownership tomorrow, what would you change?

If this has got your creative juices flowing, head over to our interactive map and share your idea for your new regional publicly owned water company.