MPs must amend the Trade Bill to protect our NHS 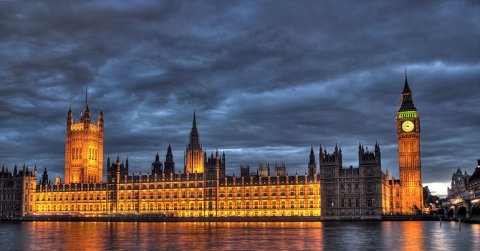 “We were absolutely gobsmacked” - the words of Prof Boland whose research has just highlighted that bottle fed babies are consuming in the order of a million microplastic particles per day. Why was this such a gobsmacking result? Well, firstly, because it wildly outstrips previous estimates of adults’ microplastic consumption; World Health Organisation studies suggested that adults consume 300 to 600 microplastics per day. Secondly, and perhaps more importantly, because of the potential health implications.

While the health risks of microplastics are not well understood and certainly not well quantified, the precautionary principle applies here. Given that microplastics may harm babies’ growth, development and health, avoiding introducing microplastics into babies’ milk is a sensible precaution.

Legislation in the USA has tended to pay less heed to the precautionary principle. Which is why, for example, US law allows cosmetics companies to use any of over one thousand chemicals (some of which are likely carcinogens) in the make-ups, creams and other products that US citizens apply to their skin. And also why it is important that we pay attention to the Trade Bill and future trade deals if we wish to maintain regulations that are in place to protect health in the UK.

The Trade Bill is the piece of UK law that will determine how the UK designs, debates and agrees to future trade deals as well as how previous deals, agreed when we were in the EU, will be ‘rolled over’. It will determine the extent to which the UK maintains its existing food standards, labour rights and cosmetics legislations post-EU exit. The Trade Bill is now going through the House of Lords, where a date for the ‘Report stage’ is awaited. After it has been voted on by the Lords, it will go back to the House of Commons for decisive votes by MPs, our elected representatives.

MPs will be voting on an amendment to the Trade Bill which allows ‘Parliamentary approval of trade agreements’ (amendment 57). This amendment would give MPs a chance to scrutinise and debate future trade deals before they are agreed and become enshrined in international law. With this scrutiny amendment in place, MPs would have a vote and the chance to ensure that UK standards are protected.

An alternative future is one where trade deals are passed without MPs having a say on the contents. There are mechanisms in international trade law through which corporations can promote their own interests, even if this might be at the expense of public health. Any company with a foreign operations base can challenge the UK government under international law (sue them under the Investor-State Dispute Settlement (ISDS)) if they perceive that the government is putting up barriers to trade. For example, if the UK government tried to limit the sale of cosmetics containing asbestos, the company selling the cosmetics could sue the UK government in the international corporate courts.

Microplastics fall into a broad category of things that you cannot see, which may cause you significant harm. It’s difficult enough to take into account risks that are invisible, but to add to the trouble, the harm that microplastics may cause is likely to be felt at an unknown point in the future. Prof Boland and his team have developed simple guidance on how parents and carers can prepare bottle milk avoiding such high doses of microplastics. Yet, it’s challenging to encourage healthy choices in relation to microplastics, not only because you can’t see them, but also because there is a delay between making positive changes and potentially reaping the health benefits.

In ‘The Intelligence Trap’, David Robson explores some of the biases that cause humans, regardless of their intelligence, to make ‘stupid’ decisions. These include ‘future discounting’, where we do not count future benefits as highly as those in the present, and the ‘availability heuristic’ where we pay more attention to risks that are easier to bring to mind.

Trade legislation faces some similar issues. Trade issues are not news items or an area of policy that enjoy a high profile in the media. The connections between UK domestic law on trade (the UK Trade Bill), the loss of state protections and the rise of corporate power and influences on health may seem tenuous and complex; yet there are clear and critical risks to the health of UK populations if we do not pay attention to these issues.

Protecting public ownership – the only way to keep our NHS

We have seen increasing marketisation of the NHS over recent years, and this leaves the NHS open to trade on the international market unless it is explicitly excluded from future trade deals. The risk to our beloved and yet neglected NHS if it is opened to trade on the international market, is that privatisation is locked in. Resultant privatisation could be irreversible beyond any one parliament. An international company could sue in the corporate courts using ISDS if the UK government tried to bring a health service back into public ownership.

Private healthcare providers with new models and ideas might seem an attractive proposition, but directed from abroad and lacking in responsiveness to local needs and accountability to local communities, would these companies really be able to promote health and provide high quality, sustainable healthcare? The realities would only be experienced once the damage had been done and there was no turning back.

The NHS provides a safety net for everyone. We have become so used to this luxury that we may not recognise how much it affects our lives. For over 40% of people who get cancer in USA, their treatment costs them most of their life savings. In the UK, cancer treatment is free on the NHS, even though cancer medications can cost thousands. Without careful scrutiny of a future trade deal with the USA, we are likely to see medicines prices rising towards USA levels (often four times as much). This would be unsustainable for the NHS and lead to many medicines being available only to those who can afford to pay for them.

The Trade Bill will soon return to the House of Commons and be voted on by MPs. To protect the NHS and UK population health, our demands of MPs must be clear.

Firstly, the fate of the NHS is in their hands. To ensure that parts of the NHS, from service provision to digital services, are not contracted out to foreign companies, we call for MPs to vote for an amendment to keep health services off the table in future trade deals (amendment 51).

Secondly, it is critical that MPs are involved in decisions about matters as important and influential as trade deals are binding under international law. We can ask our MPs to vote for the scrutiny amendment (amendment 57) to ensure that current and future MPs have a vote on future trade deals, a necessary provision for democracy to endure in the UK.

Have just been sent this by open democracy. Apologies for the link. It's about Johnson setting up a new task force about changing the NHS. In view of the meetings last week, I thought you ought to know, in case you haven't seen it.

Do you have an email address to which I can forward my MP's reply about the Trade Deal?

Thank you so much for taking action and contacting your MP on this issue!

Our email address is: info@weownit.org.uk

Amelia and the We Own It team.

Sorry but I think my MP will have more pressing things to worry about.