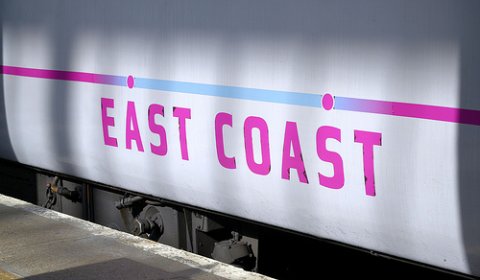 Just one in five voters (20 per cent) are in favour of re-privatising the East Coast Mainline, according to new polling published today.

The survey of 1,000 adults – carried out by Survation for new campaign group We Own It – shows that nearly-three fifths (58 per cent) of the general public oppose government plans to hand the route back to private train operators. A further one in five (21 per cent) say they are unconvinced about the proposals.

The poll also shows that far more Conservative voters are against (47 per cent) taking the East Coast out of public ownership than are in favour of it (28 per cent).

We Own It will release its report calling for a Public Service Users Bill on Monday.

The findings come as rail campaigners prepare to hold protests 11 stations across the UK against the plans.

The protests, which have been organised by the Action for Rail campaign, will highlight how re-privatising the East Coast is bad for commuters and taxpayers.

Analysis by Action for Rail shows that since returning to state control in 2009 the East Coast Mainline has returned £602 million to the Treasury – over £220 million more than the Virgin-operated West Coast line.

Over the same period Virgin, which has expressed an interest in taking over the East Coast Mainline route, paid shareholders nearly £200 million in dividends, according to research by the CRESC.

By contrast, all of the profits East Coast Mainline has made since being re-nationalised have been invested back into improving the service and by 2014 is expected to be generating over £800million for the Treasury.

Action for Rail says the government’s decision to push ahead with the re-privatisation shows that ministers are putting ideology before evidence and ignoring the wishes of voters.

Protestors will today hand out cards to passengers highlighting how they will lose out if the East Coast is returned to private hands.

We Own It Director Cat Hobbs said: “The East Coast Mainline, like other public services, should be in public hands. People know this and they don't want to see the line re-privatised.

“The campaign to keep the East Coast public is just one example of how support for public ownership is making a comeback. The days of privatisation-as-usual need to come to an end.”

The Survation poll results can be seen here.

You can sign the petition to keep East Coast public here.

This story has been covered in the Mirror and the Herald Scotland.

Photo used under Creative Commons licensing, thanks to R~P~M.

when its not broken why try to mend it

How many M.Ps have shares in the companies that are taking it over would be interesting to know