Owning the future: Public services for the 21st century

Our advisor Matt Dykes, Senior Policy Officer for Public Services at the TUC will be speaking at Own the Future on Saturday 7th May. This blog, originally published on ToUChstone, explains why.

While attention is focussed on the growing financial crisis in the NHS, along comes another privatisation shambles to remind us all that the government’s funding squeeze is not the only threat to the future of our health service.

The performance of non-emergency transport services since Coperforma took over the contract from the NHS’s South East Coast ambulance service has been so poor that cancer patients have missed oncology appointments, patients with kidney failure have missed dialysis treatment and the Royal Sussex hospital in Brighton has had to fork out for taxis for patients left stranded after their transport failed to arrive. Needless to say blame is being passed around, while patients lose out.

A recent report from the Health Foundation shows that in 2014/15 the NHS spent £10.5bn on non-NHS providers, just over 10% of its total commissioning budget. This represents an increase of over 8% on the previous year. Of this total, around £7bn went to private sector providers, an annual increase of over 5%.

While the numbers may appear small, the remorseless logic of the government’s 2012 reforms remains clear, marketization of health services is spreading and with that comes increasing privatisation.

Beyond the NHS privatisation continues apace, with the Financial Times reporting that the money spent on outsourced public services doubled during the years of the Coalition and the government is now pushing ahead with plans to sell off the Land Registry.

It is not just services that up for sale. Increasingly, corporate ownership is increasingly encroaching on the public spaces in our towns and cities.

Local democracy is being compromised by a government talking the talk on localism while undermining accountability through forced academisation of schools and the imposition of models of local government through its devolution deals.

At the same time public authorities across the UK and Europe are taking also taking services back in house and effective campaigning by unions and NGOs have made privatisation an increasingly contentious prospect in many parts of the public sector, the rejection of the privatisation of Network Rail in the Shaw Review was testament to that. Innovative local authorities like Nottingham are looking at new ways to provide services like energy that offer alternatives to private provider who dominate the market.

All of this poses real challenges to those of us who support publicly owned and accountable services, accessible and open spaces and democratic local communities.

We need to concern ourselves with the immediate battles but also to get on the front foot and start thinking about what form of public ownership we want to see in the future. What will public services like the NHS look like in the future? How will we protect and promote public ownership? How do we preserve public spaces? How do we give public service workers and users a voice? And how do we democratise the market?

We Own It is bringing activists, campaigners, academics, trade unions and NGOs to consider all these questions and more at their event Own the Future: Public Ownership in the 21st Century.

This takes place here at the TUC on Saturday 7 May and we encourage you to come along and be part of movement to build public ownership of the services, spaces and markets of the future.

For more details and to register for the event visit Own the Future: Public Ownership in the 21st Century.

Present National Governments are vigorously pursuing Public resources to privatisation , like Land, water, Education, Health,and every public resources.Governments are for one percent leaving the poor to their destiny.In the poverty eradication, Development where human touch is deliberately ignored in practice.Hence We should raise our Voices to Own the Future. I am extermely endorse the Idea of WE OWN THE FUTURE.

Owning the future: Public services for the 21st century

What’s the future of public ownership? It’s up to you

Fed up with the energy rip off? Try the alternative 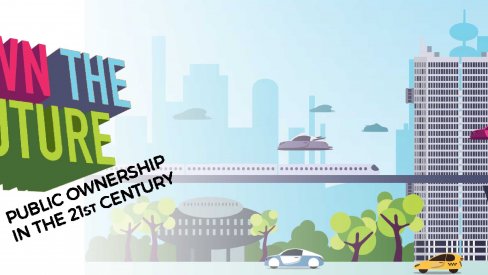 Own the Future - highlights video 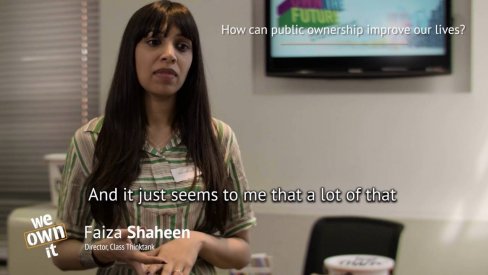 How can public ownership improve our lives? 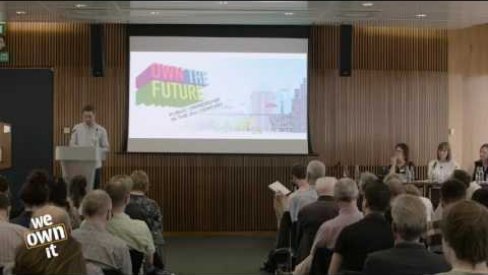 Alex Williams speaking at Own the Future 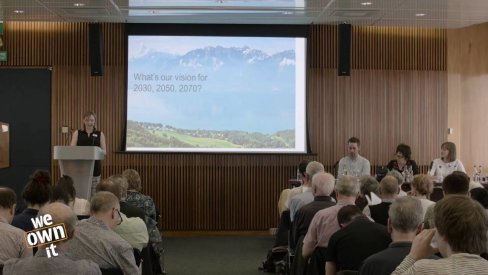 Cat Hobbs speaking at Own the Future 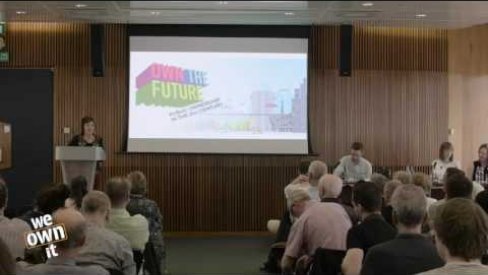 Hilary Wainwright speaking at Own the Future 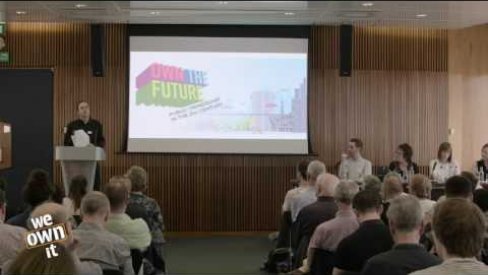 Andrew Cumbers speaking at Own the Future