Plan the fight back! Sign the petition! March on the DfE! 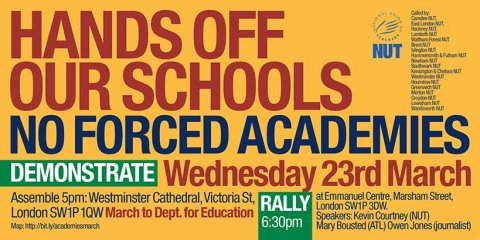 The Anti Academies Alliance says it's time to protect our schools.

‘Something must be done!’ cry the Tories saying our children are languishing in ‘failing council-run’ schools. And their ‘something’ is privatisation – the academisation of every single school in England.

We say ‘something must be done’ about this attack on our democracy – now is the perfect time to fight back. The government is in disarray over Europe and the resignation of Iain Duncan Smith, the architect of their welfare cuts. Now is the time to strike back against the ideological privatisation of our schools - this is the same government that is decimating our public services and hammering the NHS and its junior doctors.

Parents, teachers, support staff, governors and pupils understand the significance of the government’s proposal and tens of thousands have signed petitions calling for a public inquiry into academies and for the forced academy programme to be scrapped. Because they have over 100,000 signatures, Parliament must now consider whether to hold a debate.

In a less than polished performance on BBC TV’s Question Time, Nicky Morgan claimed that, thanks to the academies programme, 1.4 million more pupils were in good or better schools. But the vast majority of those children are in primary schools. Primary school governors have by and large rejected academy status - so the government’s response is to freeze out elected parent governors.

Even heads of academies doubt the wisdom of forcing all schools out of local control. Even they see the need for the independent local authority to ensure fair admissions especially for the most vulnerable children.

The government tells us in these days of austerity that it can’t afford to support two systems of schooling – but it can find millions to finance the conversion costs. That’s £50,000 per school that has to be spent on lawyers and accountants and not a penny on education. And nothing this government proposes will allay parents’ concerns about the weaknesses of the academy system: selective admissions; provision for children with special needs and disabilities; off-rolling to preserve league table positions; huge executive pay packets; disappearing headteachers, attacks on the professionalism of teachers, mergers and acquisitions.

Now is the time to fight back:

There is no merit in this policy of allowing profiteers in to benefit from our taxes paid to educate our children Exactly the same policy as bringing for profit companies in to bleed the NHS dry. Where is our democracy?

Local authorities once ran English schools; Covid shows we need them back

Councils call for suspension of academy conversions during Covid-19 crisis 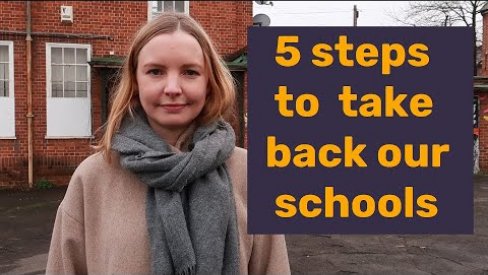 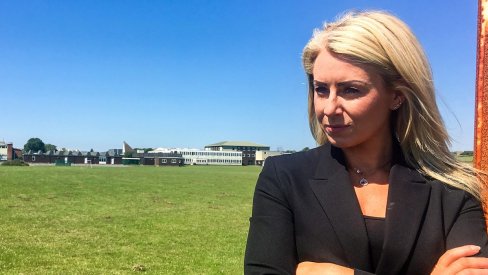 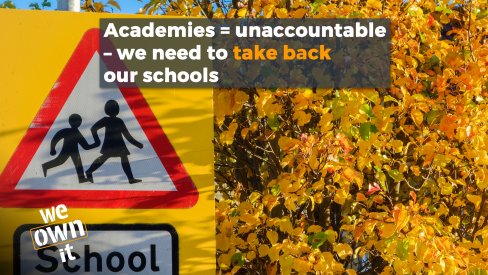 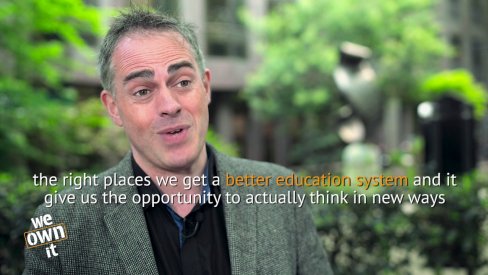 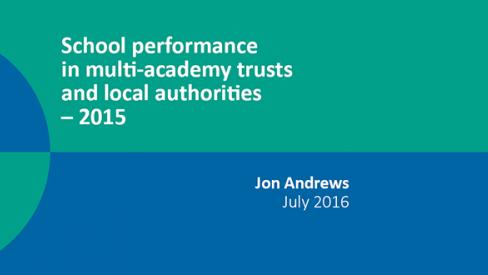