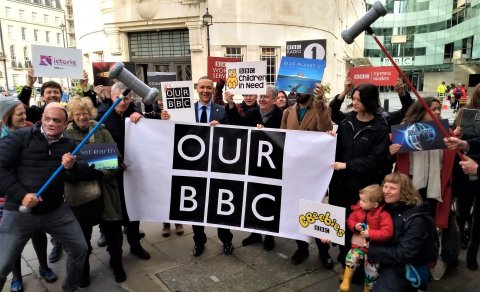 Our BBC is a national treasure. For over 100 years, it has educated, informed and entertained us.

Doctor Who, the Archers, Planet Earth, Eastenders, the World Service, 6Music, Only Fools and Horses, Fleabag, Bitesize, Cbeebies. They've all come from OUR BBC.

But right now, the BBC is under threat. According to senior sources at No. 10 speaking to The Sunday Times, the government are planning to "whack" it.

That's why we've launched the "It's Our BBC campaign". And on Monday, the public came together under that banner to say enough is enough. Our BBC isn't perfect, but we have to defend it.

Over 6,000 people have signed the petition to defend and improve our BBC. And outside the BBC's HQ, members of the public came together for a giant game of Dominic Cummings Whack-A-Mole: 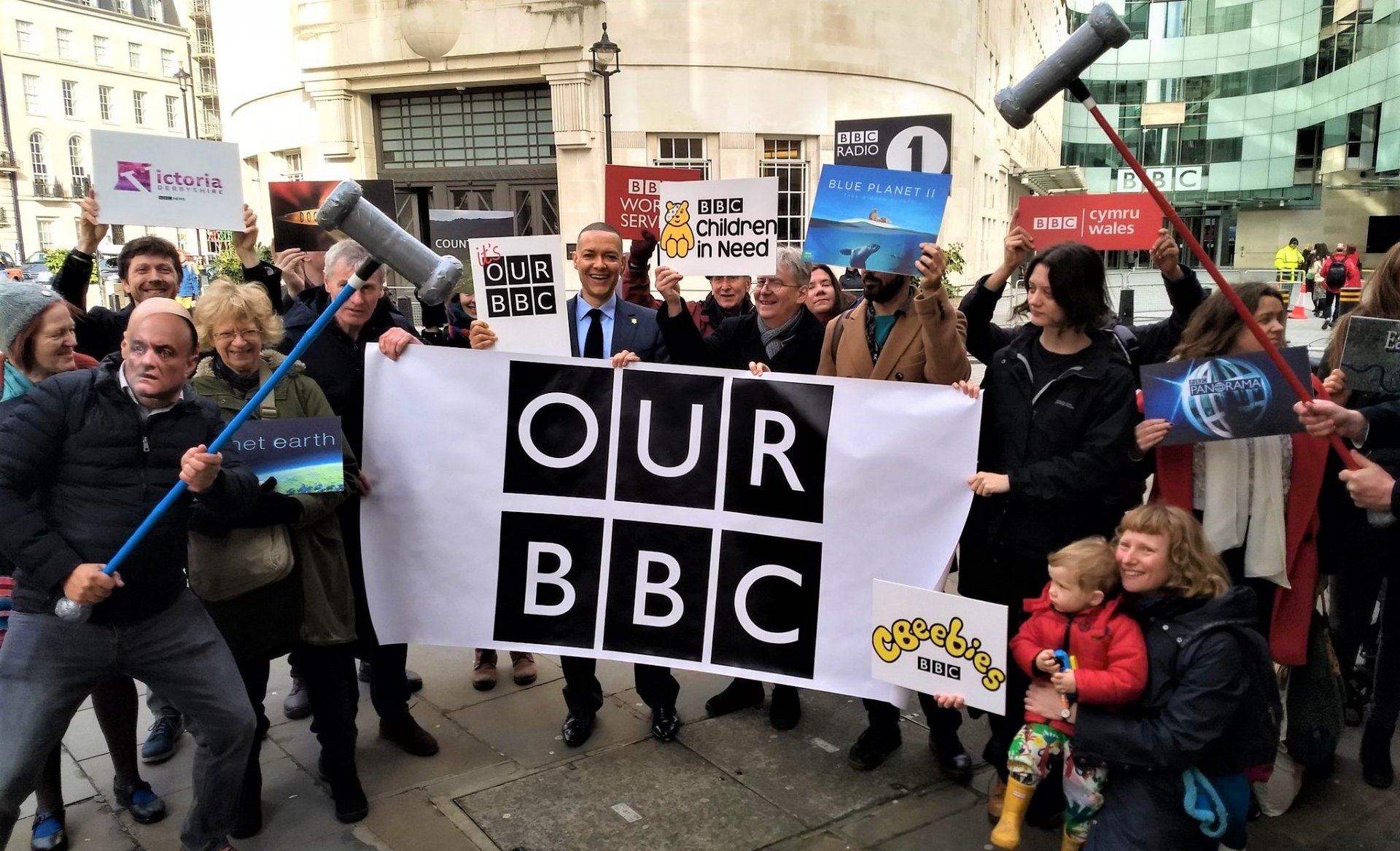 Thanks to the wonderful work of our Whack-A-Mole campaigners, the threat Dominic Cummings poses to the BBC has been picked up on 148 media outlets, from the Observer to the New European and from the Morning Star to TalkRadio!

Not only that, but the campaign had the support of high profile figures - including Labour MP Clive Lewis, economics commentator Grace Blakeley and Harry Potter star Jeff Rawle.

Clive Lewis had this to say about the campaign:

We are proposing several key reforms to the BBC to address the issues that many people like yourself feel need addressing:

Right now the government appoints BBC board members. We need an independent board with a citizens panel to give us a voice, make the BBC more diverse in staff and content, cap excessive pay - and have a stronger role for regional journalism.

The BBC is able to produce high quality programming to meet the needs of millions- from vital children's programmes, to educational documentaries, to supporting and sharing dramas, films, music. We can't trust that to profit motivated companies who would not invest in high quality in the public interest. This is why we are campaigning for OUR BBC.

I hope this clarifies why we're running this campaign.

Compared to NETFLIX,Sky etc , the BBC is incredible value for money. The content is superb, the News annoys every political party , so they are unbiased in who they upset. This consultation is a crass attempt to silence scrutiny and to lay the foundations for a right leaning profit making media environment in the UK. In a democracy the public have a right to balanced informed scrutiny of its institutions.

The BBC wastes HUGE amounts of money and has serious management failings. The licence fee should be dropped and costs cut drastically.

Thanks for sharing your thoughts with us.

We need a proper process to make sure the BBC has fair, sustainable funding, while protecting vulnerable groups. Just like the NHS, the BBC needs to work for everyone no matter where they live or what their background is. The government should stop funding cuts and pay for over 75s, as they used to, along with low income groups.

If the licence fee is dropped with no progressive alternative, and budgets cut even more than they have been over the past years, we will be left with no public broadcaster at all- which is why we're fighting for a reformed BBC that the public OWNS, independent of government, and not in control of a few billionaires like the rest of the media.