Ten reasons why the Royal Mail shouldn't be privatised 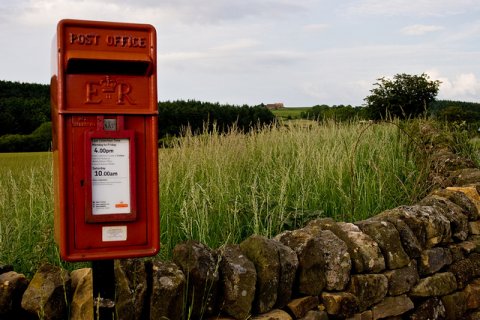 Today Vince Cable announced that the Royal Mail will be sold off 'in the coming weeks'. Here are ten reasons why this shouldn't happen.

2) The Conservative Bow group believes the privatisation will be 'poisonous' for the party.

3) The Royal Mail is a national institution. Even Margaret Thatcher opposed 'privatising the Queen's head'.

4) The Royal Mail is succeeding in public hands and made £440 million in profits last year - money that can be reinvested into the service.

5) If privatisation goes ahead, stamp prices are expected to rise to £1.

​6) Deliveries will be reduced and the 'universal service obligation' of delivering to households six days a week may be threatened.

7) Post Offices in rural areas are more likely to close.

8) Small businesses and rural communities will be the first to suffer - but all 26 million British households will be affected.​

9) Privatisation has failed us - look at what's happened to rail fares, energy prices and water bills since these industries were privatised.

10) The public hasn't been consulted. The Royal Mail is ours. We use it, we pay for it, we should have a say in what happens to it.

If you agree that the Royal Mail is better in public hands...

Tell Vince Cable to change his mind - sign the petition.

Join the Save Our Royal Mail campaign.

Take action now for a Public Service Users Bill which would mean we always get consulted before our services can be privatised.

Photo used under Creative Commons licensing, thanks to deargdoom57

Keep it public! I cannot beleive the Queen herself has not spoken up about this as its a national treasure. We have also seen how every other public company has ended up since being privatised, more expensive, worse service, losso f jobs etc etc the list goes on and on.

Why is that Mark? It didn't bother her when she signed the Lisbon treaty did it!

With on line sales rocketing,companies like Amazon and E.bay recording massive increases,this has to be a ridiculous time to sell.Prospective purchasers will almost certainly be foreign companies, so yet another part of the family silver going abroad, leading to a poorer and more expensive service.Worst case scenario, no street corner letter boxes or home deliveries, all mail to be taken to and collected from postal warehouses.

All we have to,do to stop this, is get the Labour Party to say they will bring it back when they win the May 15 general election

"Get the Labour Party to say they will bring it back..."

Don't hold your breath waiting for that!

BANG ON 100%, BUT THERES HARDLY A CIG PAPER BETWEEN THE MAIN PARTIES THESE DAYS, SO I WONT HOLD ME BREATH ON MILLIBAND DOING THAT.

"Get the Labour Party to say they will bring it back". Don't hold your breath!

This cannot be allowed to happen!!

I can not believe that a government would sit there not even listening to it's own MP's,it is quiet clear that Privatization will cost the public massive amounts of money and the service will suffer due to cut backs,i have never liked a conservative Government they are just fat cats in blue jackets,i suggest that everyone gets up there and makes a massive noise about it,if you believe in Royal Mail start writing to your MP's start making a noise,ask them about selling our own Queens Head.

HOW CAN YOU SELL SOME THING YOU DO NOT OWN, OK NEXT THING THEY WILL WANT TO DUE IS SELL YOUR HOUSE, THEY DON'T OWN. I HAPPEN TO RESPECT VINCE CABLE, BUT HE IS VERY WRONG ON THIS

Save ROYAL MAIL its ours we need it

It should never be sold but unfortunately this is all rather pointless as it is already a done deal. very sad.

The public are already getting a poor service through managers forcing staff to work unworkable practices and privatisation will only make the postal service poorer. Quality of service to the public is being ignored. This is only being done toke money look at BT

How come we made £440 million profit last year yet the bonus scheme colleague shares were apparently worth nothing !

What a bloody quick turnaround that was then !!

Maybe it explains why postmen and women are denied uniform requests, we have a fleet of vans in our yard that are older than ever, and falling to bits, and a fantastic new walk revision that looks great on paper saves money but doesn't actually get the mail delivered on time !!

It's in decline already but on paper the opposite appears to be true !

Worst case scenario, no street corner letter boxes or home deliveries, all mail to be taken to and collected from postal warehouses.