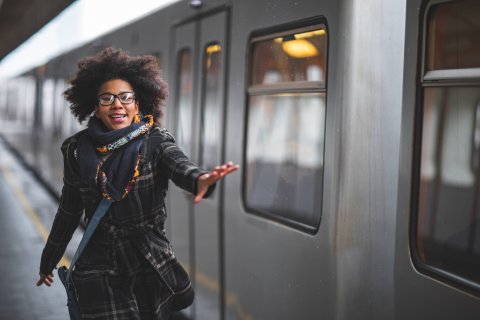 Publicly-owned utilities would be cheaper and more efficient in the long run.

The IFS have crunched the numbers on Labour’s plans for nationalisation. But they have overlooked some key facts about how privatised industries work. Privatisation has delivered high costs and inefficiency, which the public eventually have to pay for. Meanwhile, public ownership can deliver efficiency savings and reduced borrowing costs.

They question Labour’s plan to subtract the cost of liabilities (debts, degraded infrastructure and pension fund deficits) from the value of assets when the government takes over these services. The IFS says that, if the government doesn’t pay market rate, the cost will be paid by the pension funds that are invested in these private providers, and the pensioners who rely upon them.

Public ownership advocates, like Professor David Hall have pointed out that privatised utilities like water and energy account for a very small percentage of UK pension fund investments. The difference between paying book value, and market value would amount to less than 0.1% of pension fund investments, smaller than the daily value-fluctuations on the London Stock Exchange.

The debt of the private companies would move over to the public sector. But Labour have argued that the government would be able to refinance over a period of time to secure better terms for servicing that debt, further reducing the cost.

However, we don’t need to get into technical debates about market valuation. Here are two key facts about privatisation that the IFS have overlooked.

The IFS is worried that the extensive reorganisation required to bring our gas and electricity infrastructure into public ownership means we won’t meet ambitious decarbonisation targets required to meet our climate commitments.

But this implies that we are otherwise on course to meet the targets. In fact, the private sector has been remarkably slow to decarbonise the energy sector. While there has been growth in green energy, the use of fossil fuels has continued to outstrip it. Carbon emissions are not set to peak in 2020 as they need to, instead they will grow up to 2030 and potentially beyond.

So, the idea that leaving the private sector to handle decarbonisation is risk-free simply does not hold water. In fact, the ability for the state to push through more ambitious decarbonisation measures, while ensuring a just transition for workers, is one of the key reasons advocates support public ownership of energy. Labour’s manifesto shows plenty of support for green energy, including 7,000 offshore and 2,000 onshore wind turbines and enough solar panels to cover 22,000 football pitches.

The IFS highlights the potential upfront costs of nationalisation. Their methodology is rigorous, but they only look at one side of the ledger. There is no discussion of the efficiency savings possible in the railways, for instance by bringing them back into public ownership.

Research by Transport for Quality of Life, and the Centre for Research into Economic and Social Change (CRESC) found a range of savings that can be achieved simply by bringing the service in-house. These stem from the duplication of roles and the expenses involved in running a tendering process that occurs in a privatised system. A single entity, which could prioritise service and the well-being of passengers and staff, could be more effective and efficient than a private company, which is required to generate profits and pay dividends.

Ending the tendering process alone could save £40m over the course of a single parliament. Reducing interface costs between Network Rail and the myriad train operators could save £290m a year. Yet these savings are absent from the IFS’ analysis.

Private sector firms are often bailed out by the state

We’ve seen big outsourcing firms like Carillion collapse in recent years, and the state always has to step in. So far there is not much indication that the private water or energy providers are likely to go the same way. But if they did, the cost to the public purse would be huge. However, there are other ways that private sector failure lands on the public sector’s balance sheet.

Over the last ten years Anglian, Severn Trent and Yorkshire water all paid more in dividends than they generated in profits. The gap is made up by huge debts. Companies that were debt free when privatisation occurred in 1989 owe a total of £40bn. This borrowing has financed over three-quarters of their assets. Because they are borrowing from the private sector, the cost of that borrowing is significantly higher than the cost available to the government. In 2013, Corporate Watch estimated that the cost of borrowing could be £2bn cheaper if these bodies were publicly owned. The cost of that borrowing is borne by their customers.

We need efficient, cost-effective and green public services. The private sector has failed to deliver these, and shows little sign of improving. Public ownership gives us a chance to gain all these things. Can we risk not taking it?