We Own It: public services belong to us 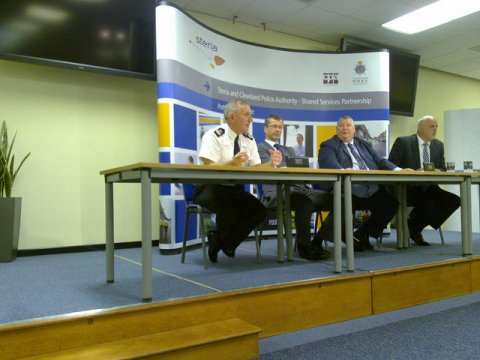 The government's Open Public Services policy aims to 'open up' all public services to a 'range of providers' including private companies, to increase choice and competition. Of course, the reality is that public service users don't get a look-in when it comes to the tendering process, and we get a seriously bad deal when private companies take over services. But we're fighting back: We Own It is a new campaign against privatisation on behalf of public service users. We want to support campaigns that exist already, make links between old and new battles and shift the debate on public ownership.

It's time to blow apart the myth of 'private sector efficiency'. Private companies can make great coffee and cheap clothes but they shouldn't be running our public services. They can only make a profit by squeezing their workers and undermining the service – hurting all of us. It's also time to reclaim the language of empowerment and community from government. The Cabinet Office is trying to use the voluntary sector, cooperatives, mutuals and social enterprises to push through its agenda of privatisation by the back door. We must work together to stop this from happening. So what do we want to achieve?

The government's sneaky new 'right to challenge' gives local community groups the right to bid for a service already being run by the public sector. If their challenge is successful, this triggers a procurement exercise where the service is opened up to anyone. Large multinational private companies are most likely to win the contract: they have more resources and bidding expertise. Everyone else will lose – the local community ending up with a worse service, and less control.

And because they're ours, we should be able to have information about how they're being run. It's incredible that private companies running public services are not subject to Freedom of Information powers. They can take taxpayers' money and then refuse to give us, the service users, data about their performance on the grounds that it's 'commercially confidential'.

We know that the public sector often does a great job. Local authorities across the country are taking public services back in-house because it improves quality and reduces cost. Private companies, meanwhile, are failing again and again, from G4S creating chaos at the Olympics to Serco falsifying data for its GP service in Cornwall. We know how privatisation has increased rail fares, energy and water bills. Therefore we believe there should always be a realistic in-house bid on the table – whether it's a contract for bin services, or for running the West Coast main line.

We believe there's a better way for public services. We Own It plans to campaign for legislation in the lead-up to the 2015 election. We want to see pledges in party manifestos to make these changes happen. These campaigns would also mutually reinforce each other if we succeed – giving service users the information and the powers we need to improve public services and to fight back against the private companies who are damaging them. Join us.

Cat Hobbs - Founder, We Own It

This article was first published on UNISON Active.

Photo used under Creative Commons licensing, thanks to markhillary.