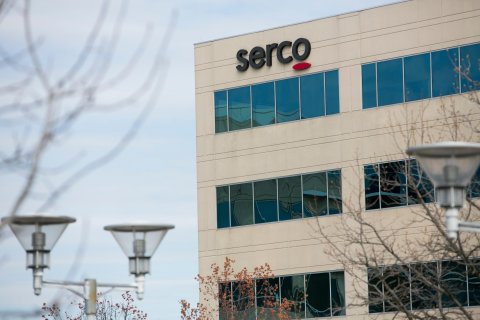 By Gay Lee and Jane Mandlik

Serco gets everywhere. Since 2009 it has been involved in providing pathology services to two big London hospital trusts.

Pathology services are mostly out of the sight of patients and the public but absolutely central to the NHS, with blood and tissue analysis used in 70% of all patient diagnoses.

Initially, GSTT and KCH provided all the capital investment (though this has been contradicted recently in an article by the Health Services Journal which says that all three partners provided loans to set up the company). Serco's contribution was its expertise (sic) in commerce. Initially it had a 51% share in the partnership. This was renegotiated because of 'commercial capability' issues described below, giving the hospital Trusts the majority share.

Naturally, little publicity was given to the creation of a private company, using tax payers’ NHS money, providing services which up until then had been provided in-house to two prestigious central London hospitals.

In the first few years Viapath’s service reputation was very poor. In 2013 Serco as part of Viapath was found to be overcharging the NHS millions, underpaying staff, providing inadequate training and to be delivering a poor clinical service; 400 ‘clinical incidents’ concerning tests were reported in 2010 - according to investigations by Corporate Watch and reported in the Independent.

But fast forward to 2019 and Viapath had improved its performance, according to staff working there.

However, Viapath’s contract termination date was August 2020. In line with national policy a new pathology network was to be established to service almost the whole of SE London, a contract valued at £2.25bn over 15 years. Viapath tendered for the network contact  and was shortlisted along with 2 other companies (both private of course). Initially Viapath was assumed to be the front runner.

Clear conflicts of interest didn’t seem to matter. GSTT and KCL were part of the ‘contracting authority’ involved in awarding the contract but were also, of course, partners with Serco in Viapath.

There have been huge delays in the actual awarding of the South East London contract , originally scheduled for the summer of 2019, with an actual start date of October this year. To our surprise we (South East London Save our NHS, aka SELSON) learned officially in February that Viapath was not the favourite candidate out of the three preferred bidders. There has still been no announcement about who has got the contract. We were not surprised to learn that Viapath is implicated in this delay.

A report to the KCH Board meeting in June 2020 stated:

There has been some uncertainty with the Viapath position in terms of the tender process. Viapath continues to provide pathology services to the trust. A legal provision has been recognised in respect of potential costs associated with an ongoing challenge to the tender process.

So it seems that Serco was contesting the fact that it was not the preferred provider of the new contract.

Perhaps not unrelated, it was also reported briefly at that meeting that Serco was leaving Viapath!  Documents lodged at Companies House suggest that this happened at the end of May.

Needless to say the bare minimum has been said in public about this. Those meeting minutes imply that  the departure of Serco was due to the loss of work (and therefore money) to Viapath  because of Covid. Of course there were also costs to the company of all the work done on the (failed) bid for the pathology network contract.

Both the partner hospital trusts in Viapath bought out Serco, delicately described in the Health Services Journal as: ‘part of the ongoing process to identify a pathology provider for south east London’ …. ‘Guy’s and St Thomas’ and King’s College Hospital Foundation Trusts have acquired Serco’s share in Viapath and are now equal joint venture owners.’

What has Viapath – particularly Serco  - cost the NHS?

It also has a contract with Bedfordshire Hospitals NHS Foundation Trust but most of its work is for GSTT and KCH. The London work at least will move elsewhere, whenever the network contract begins.

The company had acquired £300k of bad debts which have apparently been written off.  Are these debts because of  pre-Covid issues,  Covid-induced lack of work, the costs of the failed contract bid as described above – or something else?

And in March it was learned that NHS Improvement had recommended that the Trusts continue to fund Viapath’s non-covid related costs and lack of revenue ‘for the next few months’ if required.

The buyout cost the hospital trusts an undisclosed and commercially confidential  sum. Is Serco also going to receive compensation for the early termination of the arrangement with Viapath?

As Serco has now left the company, does it still have financial responsibility for costs still outstanding for its failed bid and for the winding down costs to the partnership with the two London hospital trusts? Or indeed for any other remaining costs of the whole procurement process  - or will these costs fall back on the remaining two partners in Viapath?

There are probably also costs associated with Viapath’s legal challenge to the selection of the preferred bidder for the contract.

This is public money but there is virtually no publicly available information and no apparent accountability.

All this indicates  a lack of integrity – or worse! It would seem that the decision about the Viapath release of Serco was endorsed by the same people who made the decision not to select Viapath as the preferred bidder for the pathology contract - members of the Trust Boards of GSTT and KCH. Those same people are partners with Serco in Viapath. You couldn’t make it up.

Gay Lee and Jane Mandlik are from SE London Save Our NHS  (SELSON) - part of Keep our NHS Public.